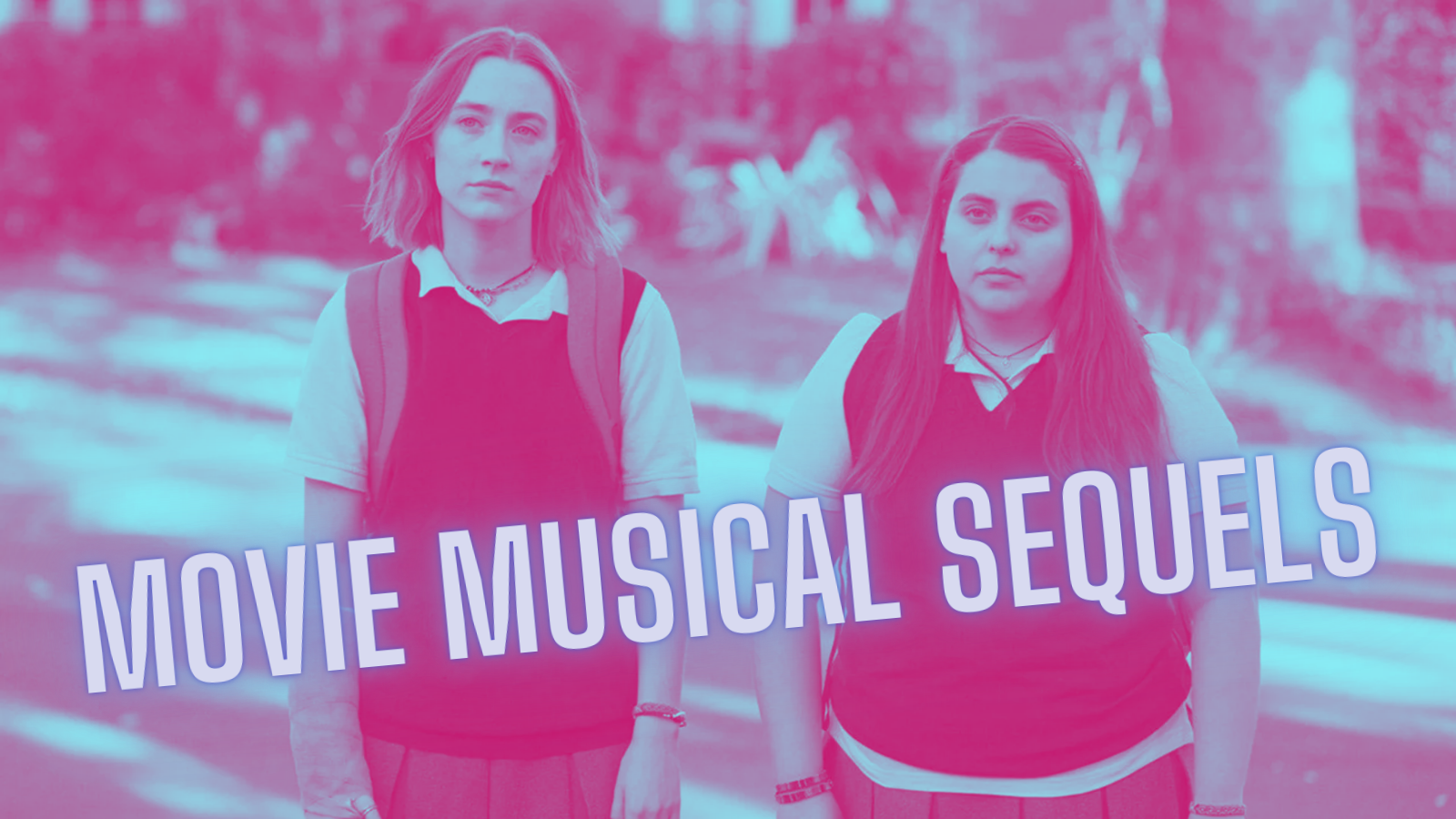 Lady Bird is a prime candidate for a musical sequel | Photo: A24

How do you solve a problem like a movie musical sequel? It’s finally been confirmed that Lady Gaga has joined the sequel to Joker. That means it’s likely that Joker: Folie à Deux, scheduled to hit theatres October 4, 2024, will be a musical as rumored.

In celebration (and confusion) of this development, the team at Theatrely has banded together to think about what other non-musical movies deserve a sequel extravaganza? Below, we submit for your consideration, the films we want to be turned into movie musical sequels.

‍Christine
Never has there been a non-musical movie so rooted in theatre as Lady Bird. Flash forward five or six years, and the titular Lady Bird is now going by her truly given name, Christine (it’s a good one), after graduating from her NYC collegiate institution (I know we’re led to believe it’s NYU based on the West 4th subway station, but I think she’s kind of a Columbia/Barnard girlie…) Christine enters adult life as a true multi-hyphenate, performing in DIY shows downtown, writing op-eds, working as a barista. This is where Christine will thrive as a musical: there is so. much. internal conflict. Give me the anxiety-driven “Sometime Somewhere” for Christine to grapple with her desire for success. “I Always Have,” a duet between Christine and Julie (Beanie Feldstein) about their everlasting, but long-distance, friendship. MOST OF ALL give me an 11 o’clock number from Laurie Metcalfe and Tracey Letts that examines marriage and commitment in a recession-era family dynamic. Entire Lady Bird cast stays attached (yes Lucas and Timothée both), Greta Gerwig writes and directs, bring in Baumbach to assist, and HAIM for additional music that bridges bi-coastal sound. - Amanda Marie Miller‍

‍Ratatouille: Back in the Kitchen
By the end of this absolute *classic*, all is well, and while Gusteau’s has been shuttered by the health authorities, the new rat-friendly La Ratatouille is up and running. The new venture is the perfect setup for a sequel, and with the movie’s viral TikTok musical adaptation as inspiration, this franchise is ripe for a reboot! You’d obviously need to recruit all the talented creators who contributed songs to the TikTok musical for this sequel. Some of those same songs could even be recycled. Rats tap dancing alongside percussive pots and pans in a fancy French cuisine. I can see it now! - Brandon Schwartz‍

‍Gosford Park Abbey
It’s time for two of the greatest British ensemble movies to come together on the big screen, Gosford Park and Downton Abbey, in a big splashy musical. You can make it like My Big Fat Greek Wedding, where Lady Edith brings the Crawley family (and their staff) to meet her new man, Ryan Philippe’s Henry Denton. Bring in a mostly fresh cast for the Gosford Park side and keep all of the Downton favorites. Plus, throw in a murder mystery and you’ve got yourself a bonafide hit! Plus, the Act 1 closer will be when Dame Maggie Smith meets herself (suggested song title: “The Mirror is Not a Reflection”). - Dan Meyer

Confessions of a Midlife Crisis Drama Queen
Lola has grown up and found that she’s more than just a rockstar stan, she’s a writer herself. The 2004 Disney movie thrives in its most theatrical scenes, so why not make the entire sequel a musical? In the 18 years since the original film, our protagonist Lola (Lindsay Lohan) has made her way back into New York City (not via the bus where she lost the concert money to begin with), and decided that a rock star’s lifestyle is the only way for her. Stu Wolff is no longer in the picture and Lola has been carving a pop music career that’s somewhere between High Fidelity (the series) and Once (the musical) for years. We meet her at age 36, when her career success is less than ideal and her personal life in shambles. This sequel follows Lola’s star-turn as a singer-songwriter who channels her chaos into a viral song that skyrockets her straight to The Drew Barrymore Show and beyond (“The Greatest Poet Since Shakespeare”). This musical extravaganza turns her life upside down with “I Want” songs, heartbreaking character-development duets, and—just like the original—plenty of dreamy imaginative sequences. Lohan and Glenne Headley’s participation is a must, and if possible, a featured song for high school teacher and inspiration Carol Kane? - Amanda

‍The Godfather, Part IV
Another Godfather installment? I think so! Give the Corleone family the Jets & Sharks treatment, and have them jetéeing down the street, weapons in hand. The themes of familial bond, loyalty, and betrayal—you couldn’t ask for better showtune fodder! Music and lyrics by movie musical darlings Pasek & Paul, of course. It’ll make sense when you see it… I think. - Brandon

‍The Queen: Oh, Not Again!
‍One scandal is enough, but Queen Elizabeth II has had a lifetime to repair many messes. This might be the final straw, however, when Prince Andrew’s BBC interview is released. With her Jubilee less than a year away, the internal struggle of dealing with another controversial young royal in the family could be the last straw. Peter Morgan teams up with Toby Marlow and Lucy Moss to create an edgy but realistic musical portrayal of a monarch just trying to keep it all together. - Dan

‍(Still A) Promising Young Woman
Sure, the movie ended with a note of finality, but I think it could work to have Cassie be a ghost—she already talked from the grave via text message! As an omniscient narrator, she can guide Laverne Cox’s character, Gail, on a vengeance tale of her own. Having already won the Oscar for her original screenplay, Emerald Fennell will likely add a Tony to her mantle with the book. Plus, if you hire Carey Mulligan again, she could get husband Marcus Mumford to write the score. -Dan