A PARADE For Yesterday, Today, and Tomorrow — Review 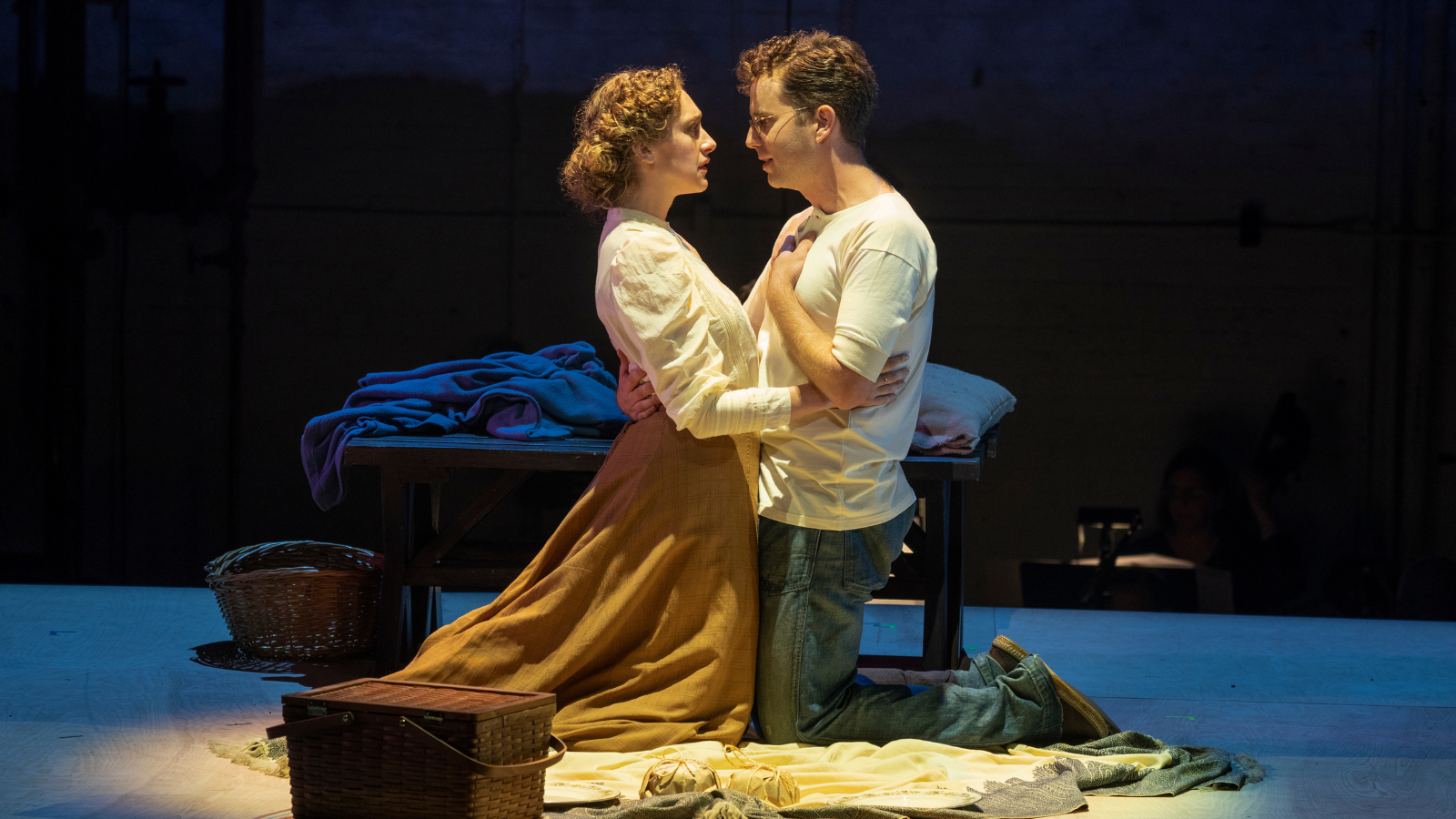 The clichéd age-old marketing slogan “more vital than ever” is strewn across Shubert Alley on any given day of the year but it seems that the timing of New York City Center’s Parade could not be more prescient. With virulent anti-semitism horrifically on the rise in this country, Jason Robert Brown and Alfred Uhry’s Tony-winning musical has returned to the New York stage with a breathtaking revival that is necessary viewing for this moment.

First seen on Broadway in 1998, the musical follows Leo Frank (Ben Platt), a Jewish factory supervisor who is accused of murdering 13-year-old Mary Phagan (Erin Rose Doyle) on Confederate Memorial Day in Atlanta, 1913. Based on a true story, Parade follows the trial, conviction, attempted appeals, and (spoiler alert) eventual lynching of Frank by a white supremacist mob. Co-concieved and originally directed by Hal Prince, the musical has gone through numerous iterations and a program note acknowledges the immense work that director Rob Ashford made in his 2007 production at the Donmar Warehouse in London.

Platt, last seen on stage in Dear Evan Hansen, brings Frank to life with a shy tenderness and nervousness that is required of the role. Paired with the supremely magnificent Micaela Diamond (who is giving a performance for the ages) as his steadfast and determined wife Lucille, the two radiate a warmth that we so seldom get the pleasure of seeing. “All The Wasted Time” is a monumental number in the JRB cannon and stopped the show with one of the largest rapturous applauses I have heard this year.

Michael Arden astutely directs this reinvention with a company of 27 that includes too many favorites to name but credit is due to the wonderful Jay Armstrong Johnson whose manic journalistic tendencies in trial reporter Britt Craig shine through. Alex Joseph Grayson as ex-convict Jim Conley delivers one of the most rousing performances in recent memory with his silky smooth voice paired with maniacal desperation. Stranger Things and fellow Evan Hansen alum Gatan Matarazzo is a charming Frankie Epps and it’s wonderful to see him expand his theatrical repertoire.

Brown conducts his luscious score with an orchestra of 24 on stage behind the action. Dane Laffrey’s simple yet effective set helps effortlessly transition the story from factory to courtroom to jail cell. Sound design by Scott Lehrer could use some tweaking where at times the singing and levels were indeterminate.

This Parade was produced with a rehearsal time of approximately two weeks and yet is still a feast of talent and passion radiating off the stage. The bleak tale, filled to the brim with emotion, is not always an easy watch. Still, Arden takes the audience on Leo’s journey and centers his heritage while all the time reminding us how authentic the story is. Projected photographs show the real-life characters being depicted on stage. It is a chilling reminder to us all that the events, while they occurred over a century ago, are clearly a paramount reminder of the world we currently live in. The 7-performance run is nearly sold out and the buzz of a Broadway transfer grows with the day. Should this uniformly talented cast travel a few blocks downtown, you will be sure to find me there.