A RAISIN IN THE SUN Shines On Its Women — Review 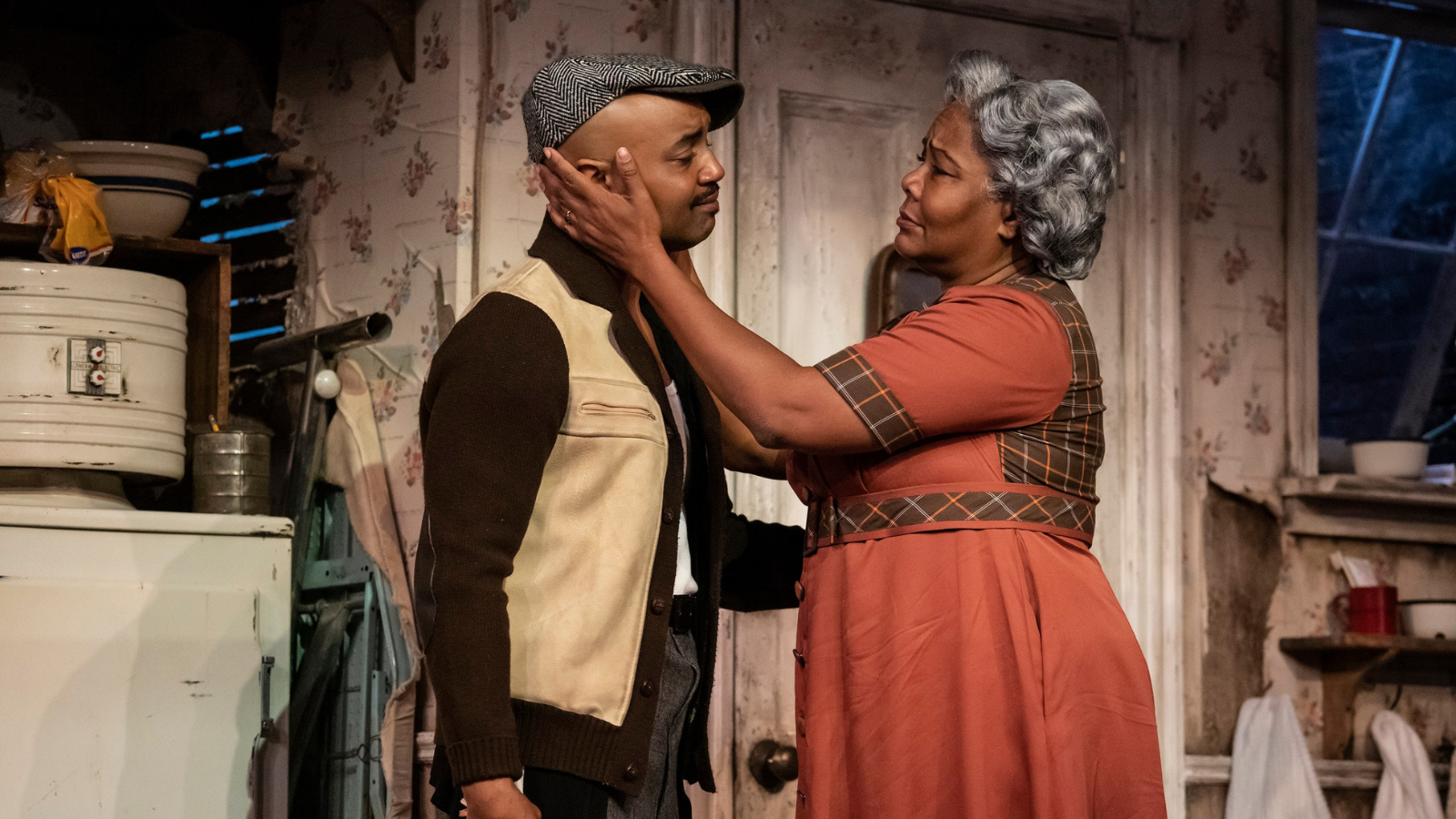 There are three major interventions in director Robert O’Hara’s take on Lorraine Hansberry’s A Raisin in the Sun, which just opened at the Public Theatre following its Williamstown premiere in 2019.

The first is a dramaturgical one felt throughout, which O’Hara has said was one of his missions in reviving the text: To give the play back to the women at its center, rather than have it be the usual vehicle for whomever is playing Walter Younger. O’Hara has relegated him to more of a side-trickster track and focused on his wife Ruth, college-aged sister Beneatha, and mother Lena who, after all, is the family matriarch, and holder of the $10,000 life insurance check which could lift them out of their ransackle circumstances. With a crackling Tonya Pinkins in that role, how could you not?

This choice pays off beautifully. Walter (a great Francois Battiste) is typically portrayed as a tragic hero; a family man whose occasional rudeness and misogyny can be chalked up to, the times, the stress, you know. Here, those traits are not kinks in the machine, but features: Battiste’s Walter is a nasty drunk whose ambitions are less motivated drives than they are a refusal to accept anyone else’s needs.

That blindness creates a bit of a one-note frustration from Mandi Masden’s Ruth at the start of the show, though her performance opens up as she shades in her character with the force she’ll require to one day overtake Lena as the family’s grand dame. And Lena, if Pinkins makes any indication, will leave gargantuan shoes to fill. Holds court throughout, her implacable strength is often hauntingly lit (by Alex Jainchill) through the slats that create the apartment’s makeshift atrium (set by Clint Ramos), and she flexes her comic gifts in a lively game of cat-and-mouse with a nosy neighbor (Perri Gaffney in a supporting role for the ages), as in the way she praises her family to outsiders while running the tightest of ships behind closed doors.

Much of that back-handed praise is reserved for Beneatha (a sturdy Paige Gilbert), whose righteous, if snotty, undergrad vibe stands out as one of Hansberry’s greatest insights. Her heart’s in the right place, but her need to be the wokest person in the room reflects a self-defeating stupidity in virtue signaling that has only grown in ubiquity since the play’s premiere. (Her choice of men’s button-downs and shorts, though, are no match for the stunning third shirt Walter wears, outfitted by Karen Perry).

The third is a striking final tableau, a reminder of what can happen to a dream not deferred, but brought down to a trying earth. It’s perhaps a bit too gotcha!, or on-the-nose, but serves as a nice personal signature from the often heavy-penned O’Hara.

Or it might have, had it not been almost immediately preceded by his second intervention: The choice to turn Walter’s final speech away from their future HOA neighbors and towards the audience. Clutching the show’s Playbill and enacting minstrelsy tropes, it’s a breaking of the fourth wall that doesn’t fit the rest of the production, and crams in an unwelcome direct address that’s neither as well thought-out, nor as damning of its ostensibly majority-white audience, as it thinks it is. It might have been ten years ago, when, “Guess what audience? You’re also racist!” held shock value, but mostly begs the unfortunate question: What does O’Hara think he knows that Hansberry didn’t?

Because if this revival proves anything, it is that this 1959 play is as sharp, engaging, and potent as ever: an unbelievably well-constructed domestic drama with distinct characters, ideologies, and things to say that feel fresh with each iteration. O’Hara’s take on it, described to me as “mostly textbook” prior to seeing it, is anything but—his choice to highlight the women makes this feel like an almost entirely new work, without changing a word. It is close to the Platonic ideal of what a decades-later revival should be, and that second intervention, coming so late in the show, threatens to derail it as you step out of the theatre.

Alas, it doesn’t. This is a first-rate revival, a triumphant return to the spotlight for Tonya Pinkins, and a welcome reminder that Hansberry was leagues ahead of her contemporaries, and ourselves.

‍A Raisin in the Sun is in performance through November 20, 2023 at the Public Theatre on Lafayette Street in New York City. For tickets and more information, visit here.