A Thrilling Mystery with SNOW IN MIDSUMMER — Review 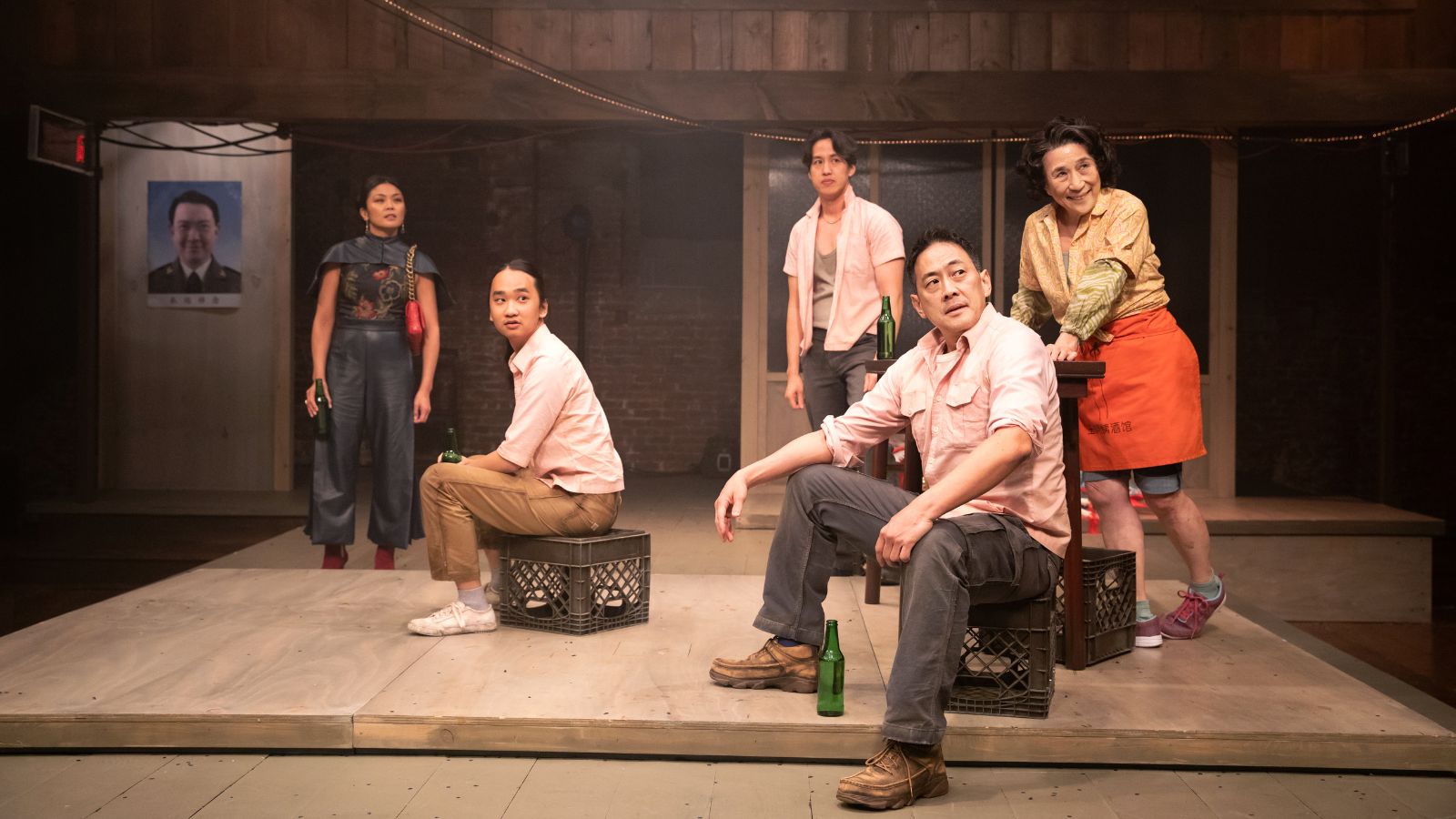 Frances Ya-Chu Cowhig has put patriarchy on trial in her new play, Snow in Midsummer at Classic Stage Company. Though based upon Guan Hanquing's 13th century folk story, The Injustice to Dou Yi That Moved Heaven and Earth, this vibrant production dives into the consequences of unresolved generational curses as well as the systems that abet wrong doing.

Snow in Midsummer has been described as an exploration of restorative justice. While that may bring scenes of communal protests to mind, onstage, it manifests as a gentle yarn that suddenly transforms into a ghost horror mystery, complete with psychometric flashbacks, spectral manifestations, and a puzzle with life or death stakes.

But, whereas most supernatural stories lack causality, here, Cowhig links every terrible action to misogyny and homophobia. In doing so, she breaks through an oft-ignored taboo in Chinese storytelling; that it is wrong to worship men simply because they are strong, especially when their actions cause great harm.

Snow revolves around three characters. First is Handsome Zhang (John Yi; stoic even when losing his marbles), who wishes to sell his family's factories to a business woman named Tianyun (Teresa Avia Lim) so that he can leave his small town to travel the world with his boyfriend, Rocket Wu. Tianyun has returned to this town in the Jiangsu province with her adopted daughter, Fei-Fei (Fin Moulding; sassy and precocious), in search of something that she left behind.

Meanwhile, three years previously, a curse of drought was set upon the town after a young woman named Dou Yi (Dorcas Leung; feral) was executed after being wrongly accused of murdering Handsome's brutal father, Master Zhang (Kenneth Lee; casually frightening). Upon her death, it began to snow, despite the blistering summer weather. Now, Dou Yi’s ghost has returned, hell bent on vengeance and claiming everything that was stolen from her.

As the episodic play jumps back and forth between present day and the time of Dou Yi’s death, it soon becomes clear that each character is connected, particularly through the intersectionality of harm. In keeping with tradition of her folkloric source material, Cowhig allows Dou Yi’s ghost to speak directly to the world (the audience), while using side characters as a chorus to reveal the follies of their provincial views. Rather than mock their perspectives, Cowhig’s script treats them seriously while confronting the perils of upholding standards that serve no one.

For instance, because they refuse to consider that their town is cursed, the townspeople are unable to engage with their own complicity and remain trapped in a loop of kowtowing to traditions and refusing to consider what they might gain if they tried anything else.

Similarly, Handsome has been so indoctrinated into the cult of father-knows-best that he refuses to defend himself from physical abuse even after he is threatened with death. That same standard of male dominance forces Tianyun to beg and bribe three incompentent police officers for help even though, by rights of class, she is more powerful than them.

Though men behave abysmally throughout, Cowhig shows that their harm is inherited rather than inherent and that women will fall into abusive patterns just as easily as their gendered counterparts in order to assert themselves.

What breaks this poisonous cycle is Tianyun’s willingness to listen and make amends for her own failings. She is guided to that epiphany in a confrontation with Mother Cai (Wai Ching Ho, astonishing), a blind woman who has willingly gone into exile and removed herself from engaging with the foolishness of those around her.

Though she lacks physical sight, Cai is able to assess things more clearly than her neighbors and all but dares Tianyun to attack her speaking the painful truth. In a hilarious moment during their conversation, Ho makes a subtle gesture of “can you believe this shit?” that reduced my international guest and me to bellows of laughter.

Watching Ho devour these scenes with subtle effervescence is worth the price of the ticket by itself. At times I wish that I could have watched her in a solo play all by herself. This is not to dismiss the acting of her colleagues, but out of the entire company she has mastered filling the play’s unspoken moments and subtext with character driven personality and reactions.

Those moments abound thanks to Zi Alikhan’s clear and evenly paced direction. At times, I wished that he would have sped things up, if only to spare the actors from having to match Ho’s effortless charisma. Luckily everything else is in place―especially the excellent scenic design by dots, lighting by Jeannette Yew, costumes by Johanna Pan, sound by Fan Zhang, and hair and makeup by Brittany Hartman, all of whom have collaborated with Alikhan to create perfect horror movie effects.

Snow in Midsummer is a wonderful engagement with classical Chinese literature and folkloric storytelling through modern sensibilities. It reminds us that patterns of abuse are nothing new and can be overcome when treated sensibly rather than as predetermined eventualities or happenstance. I wish that anti-queer legislators could see the work if only to show them what will happen if they continue to oppress marginalized people.

Snow in Midsummer is now in performance at Classic Stage Company through July 9, 2022. For tickets and more information, visit here.