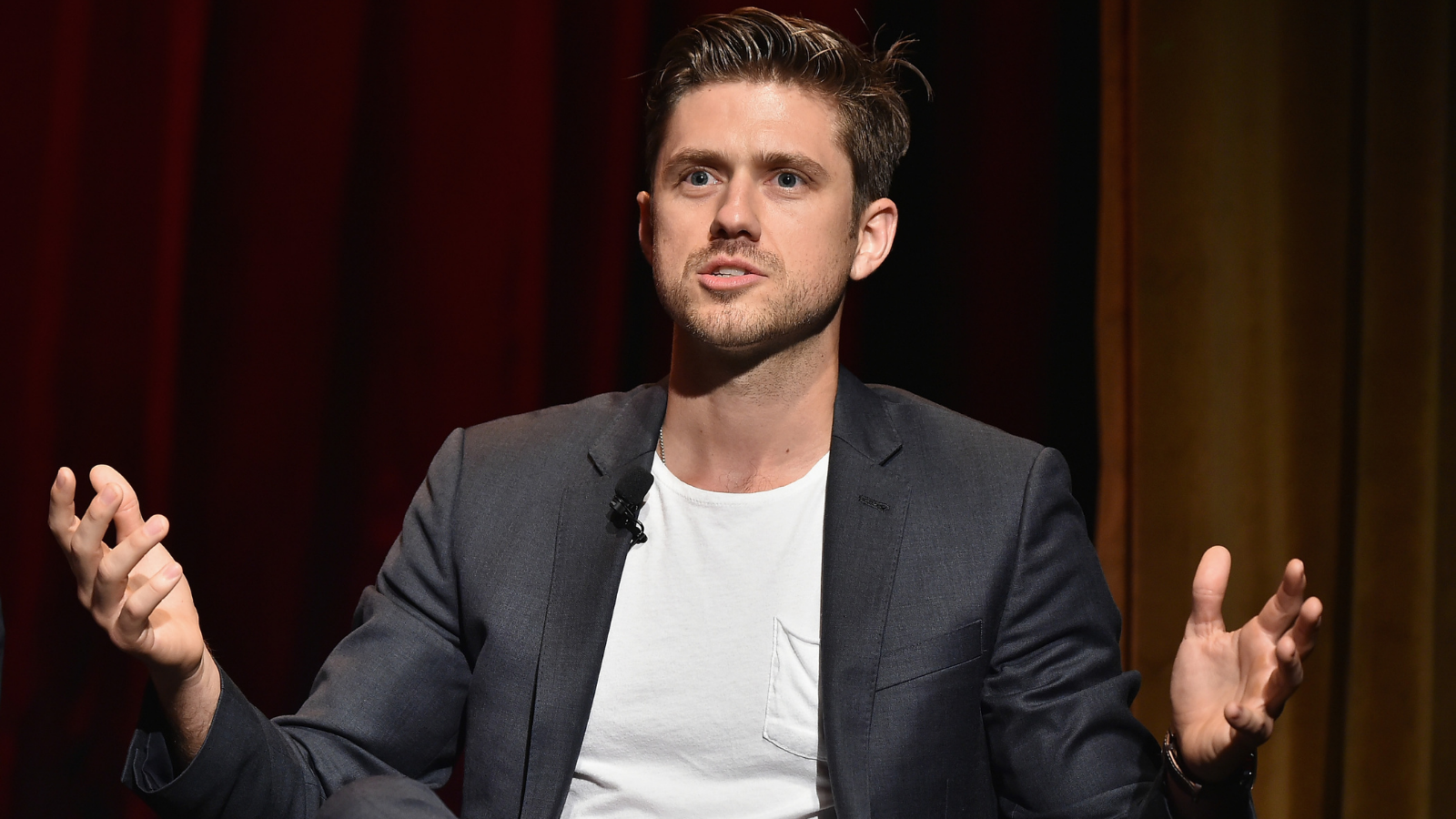 Aaron Tveit has had a busy pandemic on-screen, from shooting two episodes of American Horror Stories on FX to starring in Schmigadoon on Apple TV+. I caught up with Aaron after his second episode of AHS, “Feral”, dropped to talk about how his theatre background helped him approach this challenging role, and what he would create if he could imagine a new season of American Horror Story.

Our conversation has been edited for clarity and length.

Good, how are you?

I'm good, thanks for asking! I guess I'll get right to it, I know we don't have a whole lot of time. Tell me a little bit about Jay in your own words.

You know, I think he was just a family man trying to keep his family together. And of course, the worst possible nightmare situation for a parent or anybody watching a child happens, and then they kind of have to deal with the fallout and grief of all of that.

I think a theatrical background for things like this did help because you kind of have to somehow score emotion and grief. And it's a little different than just maybe reacting moment to moment on a television show or anything. I think you can kind of look at the bigger picture and really emotionally track how all of that is going to make sense and change and not be the same note over the entire episode. So even though it's all shot out of order, yeah I think having maybe a bit of theater training where you have to kind of do that on a nightly basis is helpful.

You certainly had a busy pandemic with two episodes of American Horror Stories and Schmigadoon, what was it like filming this episode? Was a lot of this shot out on location?

So for this we were in L.A. and then actually up in Big Bear, going off to Big Bear Lake. We all took a cast and crew wide field trip or for a week plus to shoot this. But I think it's so worth that kind of production value and actually getting to be in the woods and do all of that and not fake anything. It really created a visceral element to the episode that I think is really successful.

Well, I definitely felt that fear when I was watching the episode.

I was terrified watching it, and I shot it! And I was terrified in moments shooting it, too. So it definitely created a wonderful environment for it.

What was your favorite part of filming a smaller story like this? Because it's really sort of self-contained.

Yeah, it's really contained and it's much more like a little movie. You know, it's obviously not the same timeframe of shooting a movie, but you get to kind of approach it the way you would approach a film script where you're just telling this one story. And with this and how well they write and score their episodes it's like there's no fat, it gets right to the point. And so it was just kind of great to give everything over to that. It's really, really fun because you also don't have to think about where the next episode is going to go or where this character's arc is going to go beyond. It's really just one self-contained thing that you can just really focus on that.

What would you say the toughest part of filming the episode was?

I think the hardest part–you know, this is my first kind of step into horror, so for me it was just trying to score all the reactions of these terrible things that are happening, and you know I was gunshot, so to make that feel realistic, but still have it not take over everything and the tiredness and blood. So it's all of those, I think just for me, trying to honor the circumstance and situation and kind of get the emotion right, but then at the same time make it all the correct level for cameras. For me, never necessarily doing horror before it was something that was a little different than what I was used to.

I wanna end with this–if you had to create your own episode for another anthology of American Horror Stories, what sort of topic do you think you'd choose?

I know with Double Feature on American Horror Story proper it seems like they're doing aliens and sirens. But for me, there's something about the vastness and claustrophobia of outer space that is terrifying to me. And also, at the same time, the idea of being in an underwater station and breaking down. So for me, I think it would be like–The Abyss is one of my favorite horror movies or, 2001: A Space Odyssey. So I think that lonely mania of like being in space or being underwater would be something that I would be absolutely terrified by.

Exactly! Being stuck like in Antarctica on a frozen outpost station and then stuff starts happening and you don't know what it is.

‍American Horror Stories is streaming exclusively on FX on Hulu.