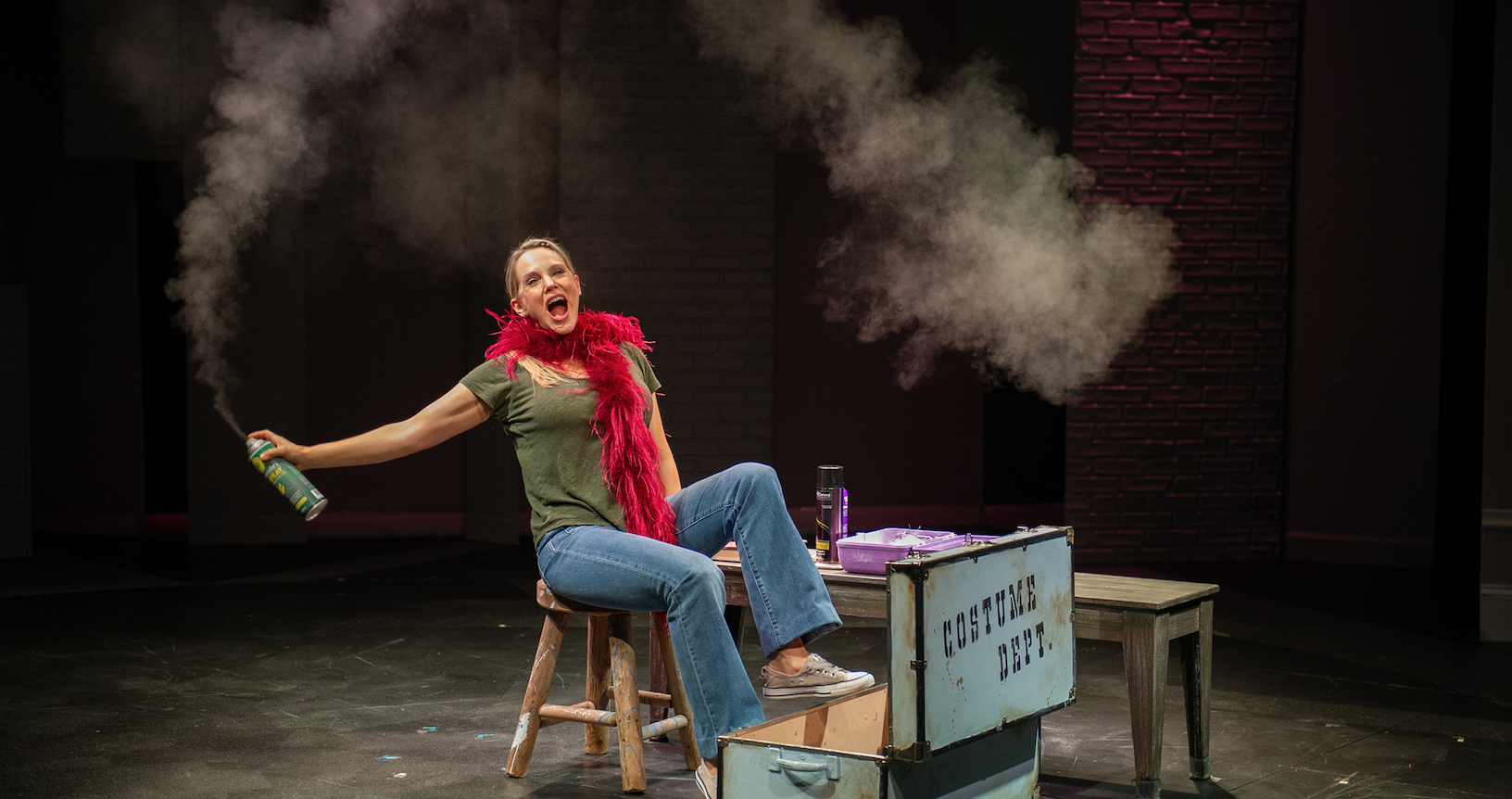 Katie Diamond in "The Last Five Years", Photo: ACT of CT
By
Alan Koolik
No items found.
on
Category:
Features

A young theatre, ACT of CT was wrapping up its second season when the COVID-19 pandemic hit the US. They immediately started planning how they were going to begin a third season, especially with so many unknowns. The original plan was to start the year with a large musical, an idea which was scrapped quickly. They instead, during “a constant game of pivoting,” as Levine said, landed on The Last Five Years, Jason Robert Brown’s chamber musical.

Another critical aspect of their reopening was keeping as much as they could in house, within the “ACT Family,” as the theatre likes to say. The show’s two cast members are Levine and Katie Diamond, the theatre’s executive director, and it is being conducted by Bryan Perri, the theatre’s resident music supervisor.

What makes this production so unique is its concurrent live stream and in-person nature. Each of the performances takes place in a socially distant, reduced-capacity layout of ACT’s 180-seat theatre, which Levine says has been around 40 or 50 audience members, with the remainder watching from home, live. Filmed each night with a four-camera setup, the show feels just as intimate, regardless of viewing location. The theatre has even been expanding its geographical footprint, with online audience members tuning in from far and wide. “People are hungry for it, that’s for sure,” said Craig.

While the show’s initial three-week run just ended, an extension plays through November 22. Although they tried to continue the dual live/streamed nature, such rapidly changing circumstances led the theatre’s staff to make the call to just stream it, live each night.

The road to reopening was long, with much collaboration with government officials and unions, as ACT of CT is an equity house. The theatre established a safety protocol, which includes twice-weekly testing of all staff and thrice-daily cleaning of all areas in the theatre. Levine says that they “developed this safety and return plan imaging every  scenario…it’s been smooth. The feedback from the audience, not only are they thrilled by the production, they’re thrilled to be back in a  theatre and to be so taken care of.”

The Last Five Years continues its run at A Contemporary Theatre of Connecticut through November 22.  Tickets to each performance’s live streamed broadcast can be found here: https://www.actofct.org/the-last-five-years