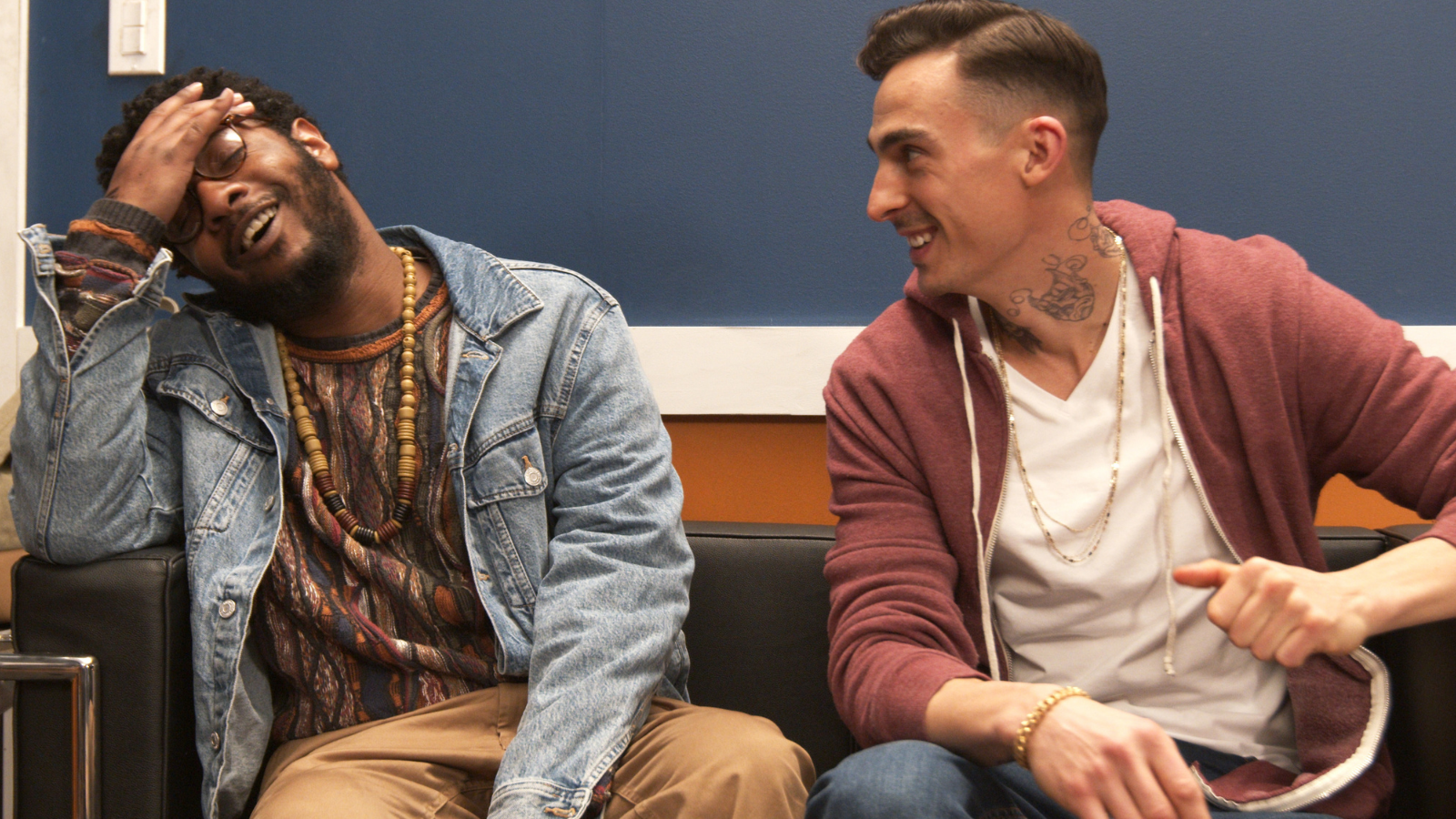 There is a responsibility that comes with the job of a hype man.  Thinking back to when sitcoms were taped in front of a live audience, there was someone on the crew - usually a comic - whose specific task was to be a singular voice on behalf of the production team to warm up the crowd, building anticipation and excitement before the cameras rolled.

Decades later, that role has since developed and crossed multiple disciplines.  In music, specifically evident in hip-hop and rap,  the hype man continues to fulfill the same duties and responsibilities, interjecting or encouraging audience participation in the background either on a studio track or in a live performance.  Essentially, the hype man has the duty of providing or setting the atmosphere for support and engagement.‍

Company One and American Repertory Theater’s virtual production of Hype Man: a break beat play similarly asks for the audience to live up to their responsibility and speak up amidst the long-intolerable face of racial injustice.  Though at some points overplayed against the intimacy of the cinematography, by John Oluwole ADEkoje and The Loop Lab, “Hype Man” still successfully strikes a chord and unashamedly reapproaches the issues that few are brave enough to discuss.  In this filmed adaptation of the stage play, the cast of three reprises their performances from Company One Theatre’s 2018 live production directed by Shawn LaCount.

By award-winning author Idris Goodwin, a multiracial rap/hip-hop trio struggle with their reactions to the breaking news of an unarmed black teenager being shot by a police officer.  Sound familiar?  Unfortunately so.

The rapper and beat-maker of the group, Pinnacle (Michael Knowlton) and Peep (Rachel Cognata) respectively, and hype man Verb (Kadahj Bennett) struggle with whether to display or verbalize their stance on the shooting on an upcoming national television performance.  After reaching a consensus that they do not approach the news in their performance, Verb displays a “Justice For Jerrod” shirt while on-air, resulting in a wave of both support and backlash in the media.  With the current state of their career affected, we follow their journey and the moments in their career that lead to the swirling of questions and ideas regarding racial justice, identity, and voice.

Directed on film by John Oluwole ADEkoje and LaCount, Company One and A.R.T. reopen the conversation with this production after a tumultuous summer 2020 of racial unrest following the police brutality and killings of unarmed black citizens Ahmaud Arbery, Breonna Taylor, George Floyd, and regrettably countless others.

The production team takes care to provide a space that allows the fiery and thought-provoking action to take place.  However, it is only a few uneven focal points and editing choices that do not translate evenly.   Several close-ups tend to detract more than accentuate character-driven moments, including a conversation midway through the show about a character’s racial identity after the revelation to the audience that they are adopted.

Even so, the mostly-well-produced film still manages to balance both the intimacy, as well as the theatrical essence intended for the play.  Surely, the sizzle of the action was more evident on stage in the previous production, but regardless, both iterations’ interconnected dialogue and relationships between the characters still shine through.  Lest we forget the musical elements of the show, with sharp lyrics and imagery, and the beats that accentuate them, making our heads nod to the rhythm.  Or nodding in agreement with the statements that artists have to say?

Several ideas and topics are interwoven throughout Goodwin’s script, sometimes losing balance as things switch from one subject of identity or social equality to another.  Even still, the play does its best to stand its ground just as it hopes the audience does when we come to approach or handle (or better yet, act) in the face of racial injustice.

“Hype Man: a break beat play” is now streaming through May 6.  For more information, visit here.