¡AMERICANO! and a Dream Deferred – Review 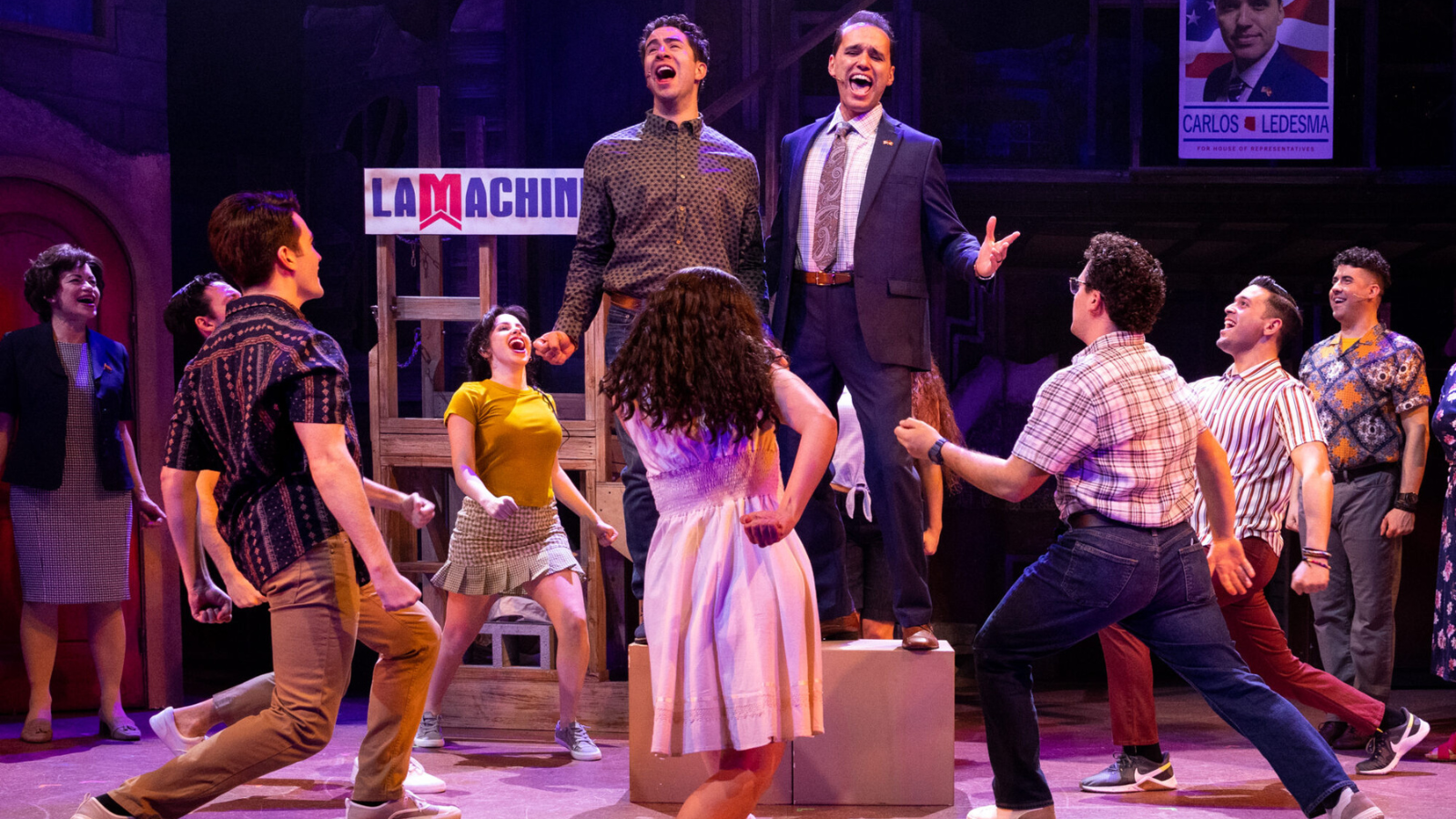 The legal status of DREAMers in the United States has been caught up in an endless, maddening string of political gamensenship and legal machinations for years. The DREAM Act, which was first introduced in 2001 and would give undocumented immigrants who entered the US as minors a path to citizenship, has died multiple deaths at the hands of the Senate filibuster. Meanwhile President Barack Obama’s effort to defer deportations and allow work permits, the DACA program (intended only as a stopgap prior to Congressional action which never came) faces still ongoing legal challenges which have left hundreds of thousands in limbo.

You won’t learn much of that context from ¡AMERICANO!, the obnoxiously feel-good musical now open at New World Stages. In telling its true story of Tony Valdovinos, an aspiring marine who became a political activist after learning of his undocumented status, this new show evades political details and emotional nuance at every turn in favor of a maddening insistence on peppy optimism.

There is nothing inherently wrong with a big musical leaning towards the inspirational–most musicals do. But in pushing so hard to universalize a very specific story, book writers Michael Barnard, Jonathan Rosenberg and Fernando Santos bulldoze over any possible hint of character or complexity.

¡AMERICANO! is set in Phoenix, Arizona a few years following the events of 9/11. Tony Valdovinos is expected to follow in his father’s footsteps and take over the family’s construction company. But Tony wants to serve, and instead plans to enlist in the marines on the day he turns 18. When he walks into the recruitment office, the truth of Tony’s undocumented status is revealed.

Tony’s Marine ambitions are presented uncritically. Cringeworthy “Oorah!” dance breaks romanticize the military, with smiling soldiers twirling machine guns. The jingoism of these sequences might have been offset by greater acknowledgment of Tony’s mistreatment by the very country he wished to serve, but the show treads oddly lightly in this area, leaning on patriotism and often minimizing social injustice.

Other key elements are also underdeveloped. Tony’s parents’ decision to keep his undocumented status a secret is scantly explored, and a resulting feud between Tony and his father thinly drawn as a result. The show is frustratingly vague about Tony’s eventual move into election organizing, providing little detail about what activist work entails or why it gives him the renewed purpose he keeps singing about.

As a character, Tony is defined only by his ambition. Sean Ewing is charming and energetic in the role, but we never get any sense of the person behind the dream. As his love interest Ceci, the very talented Legna Cedillo shows off an extraordinary voice that shakes the rafters but is unfortunately sidelined in act two. Alex Paez and Johanna Carlisle-Zepeda both excel as Tony’s parents, but are oddly denied big show-stopping moments all of their own–Carlisle-Zepeda does get a song, but it is all too brief.

Despite these narrative issues, Carrie Rodriguez’s score frequently soars. She makes eclectic use of multiple musical styles, rock, disco and salsa among them. The numbers are vibrant and bouncy, and also demonstrate a clear skill for musical storytelling. Rodriguez also gets a huge assist from choreographer Sergio Mejia, who keeps the energy moving even when the story falters; and from a barn-burning eight-piece band, led fervidly by arranger Jonathan Ivie.

But all are let down by Michael Barnard’s cartoonish direction which, like the book, favors broad strokes over emotional truth at every turn. An opening number on a worksite visually echoes “Everything Is Awesome” from The Lego Movie, setting an unintentionally adolescent tone. As directed, the ensemble is spirited to the point of hyperactive, often distracting from the central characters. A rousing sequence celebrating the launch of Tony’s new initiative La Machine falls flat as we have no idea what his new business exactly does.

Right at the very end of ¡AMERICANO!, Tony steps into a spotlight and reminds us that, even today, “citizenship for DREAMers is just that: a dream.” He pledges to continue the fight for a path to citizenship, and expresses hope that someday, things will change. For just a moment, the grinding and infuriating battle which activists continue to fight–and which the real Tony Valdovinos is engaged in every day–gets a cursory acknowledgment. But for the most part, ¡AMERICANO! aims for nothing more than empty, vacuous uplift.