An EPIPHANY Muddled By Vagueness — Review 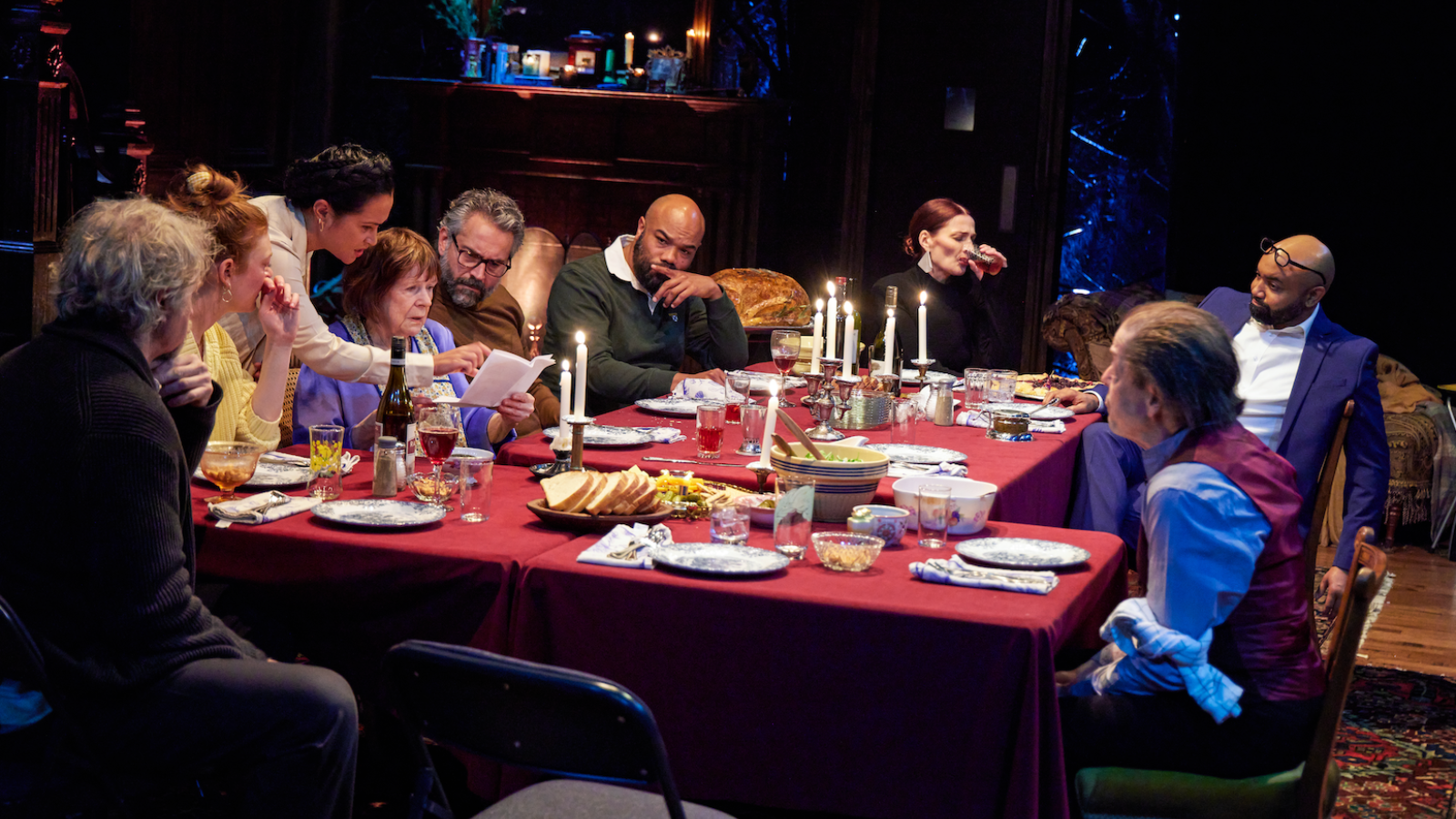 There is no accounting for alchemy, fruitful or withering, when mounting a play. You can line edit the script, set the stage, cast roles to your best ability all you want, but once a production is running, it’s gone. Perhaps that’s what accounts for the colossal imbalance that finally tips the scales, in the final fifteen minutes of Brian Watkins’ Epiphany, which had been steadily leaning towards Marylouise Burke throughout the evening. The work, receiving its US premiere at Lincoln Center’s intimate Newhouse Theatre, does not survive this unevenness.

Taking place in a creaky old house — the Clue board game tucked into John Lee Beatty’s well-appointed set is surely more than just a coincidence — it sees the jumpy, lovable Morkan (Burke) welcome disparate guests for a dinner celebrating Epiphany, the lesser-known Christian holiday commemorating the Magi’s revelation of a certain baby’s exalted pedigree. If you didn’t know about the festivity, well, neither did most of the guests.

Assembled partly because of Morkan’s grandmotherly pull, partly because the popular Gabriel is expected to appear and deliver a speech, none of them are too sure what they’re doing together (there’s Clue again!). They gradually introduce themselves as the fidgety Morkan welcomes all eight of her intended nine guests: Aran (Carmen Zilles), the last to arrive and Gabriel’s “partner,” explains he can no longer make it.

Their conversations are designed to be irregularly paced, laden with interruptions and awkward pauses. They’re all, save for Morkan, haughty intellectuals just self-absorbed enough to recognize their faults but too settled into their ways to change. They speak of climate change, and the politics of fear-mongering, and how we’re all going to die soon enough. More wine?

But this is no Knives Out or Get Out, instead Epiphany strives for both absurdist existentialism in its forced discomfort and the classic dinner table conversation theatre in its premise. Drizzled all over, like the gin one of them almost pours over his accidental stab wound (because farce also rears its head!), is a heaping of religious overtones that remain pointlessly obscure despite how heavily they’re laid on.

“You are saints for coming up here,” Morkan tells her guests. Uh-huh. Everyone waits for a distant Gabriel to come Deliver. Yep. The prophetic-looking and angelic-voiced Aran is dressed in neutral robes that suggest Yeezy Season 17. Mhmm!! It all signals too much, but means too little.

And then Burke, whose performance thus far has been a masterclass in physical spontaneity, delivers a speech so unfathomably devastating, I felt myself revolt against the preceding 90-ish minutes. Nothing of the undergrad thesis that came before could prepare an audience for the weight of her revelation, nor the strength of its delivery. And just when I thought she would carry the play into enlightenment, it plunges back into obscurity by writerly tricks.

That Burke could flex her acting muscles is no epiphany, but that she could transcend the realm of muddled writing into pure dazzlement? Now that’s a revelation.

Epiphany is in performance through July 24, 2022 at Lincoln Center Theatre on West 65th Street in New York City. For tickets and more information, visit here.