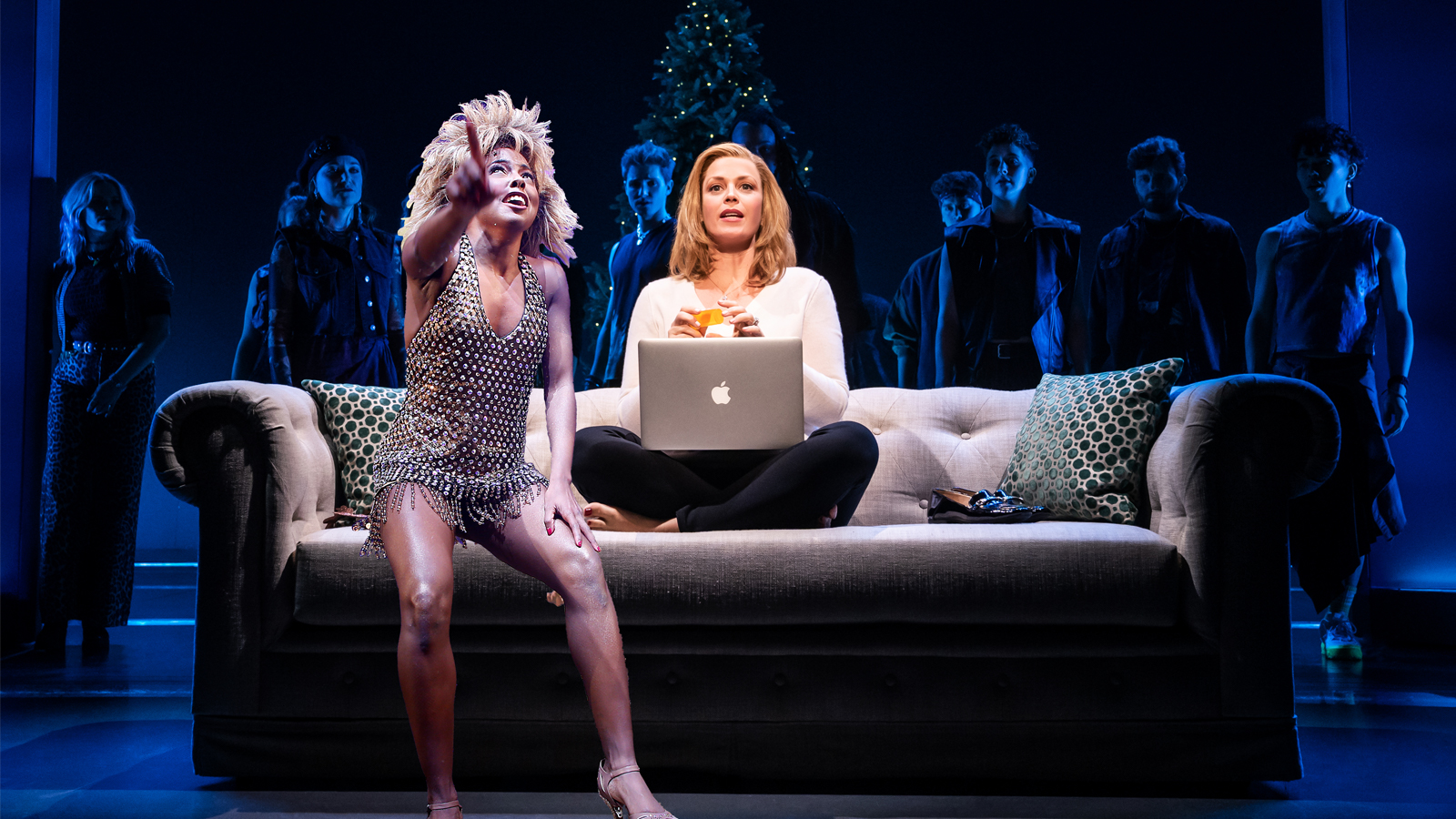 As an avowed stan of both the 2006 Broadway revival of Company, I am rooting for Elizabeth Stanley to take home the Best Actress Tony for her incredible work in the apparently-disliked Jagged Little Pill this past season.

But then, as an uphill-embattled champion of Bring It On: The Musical, I must root for my girls on that team as well. Taylor Louderman, forever may you play in my ears, but Mean Girls was not it. Its other lead, Adrienne Warren, however, made the kind of Streisandian splash a performer could only dream of last year in Tina.

David Hockney could not have dreamed of a bigger splash, with people I had never envisioned sitting still in a theatre for over two hours raving to me about her performance as Tina Turner. In typical pre-pandemic hubris, I was sure I’d catch her soon enough. Sidestepping the usual woops of pandemic blues, it took a good while for Warren to announce her return to the production, something she finally did yesterday.

So I’ve yet to see Warren’s Turner, but her star power was evident in Bring It On, shone through the well-intentioned mess that was Shuffle Along, and––my god––what I would’ve given to see her as Lorrell at the Apollo Theater’s Dreamgirls.

It’s Stanley versus Warren, and this predicament places me at the annoying gay crossroads of not wanting to pit divas against each other, but also having too keen an eye on awards and their antiquated significance.

The balance is slightly tilted towards Warren at the moment, if only because I recently watched What’s Love Got to Do with It for the first time and was left craving more Tina. That film, for which Angela Bassett lost the 1993 Best Actress Oscar, is a high-wire balancing act of premium melodrama and abject terror centered around an unbelievable talent and success story. Not to mention the fact that, following an endless cavalcade of grossly indecent and exploitative behavior at the hands of everyone around her, Turner up and moved to Switzerland – the absolute pinnacle of “don’t text” behavior. A true icon.

Will Warren-as-Turner beat out Stanley-as-Connecticut-MILF? Will it matter? Does love have something to do with it?