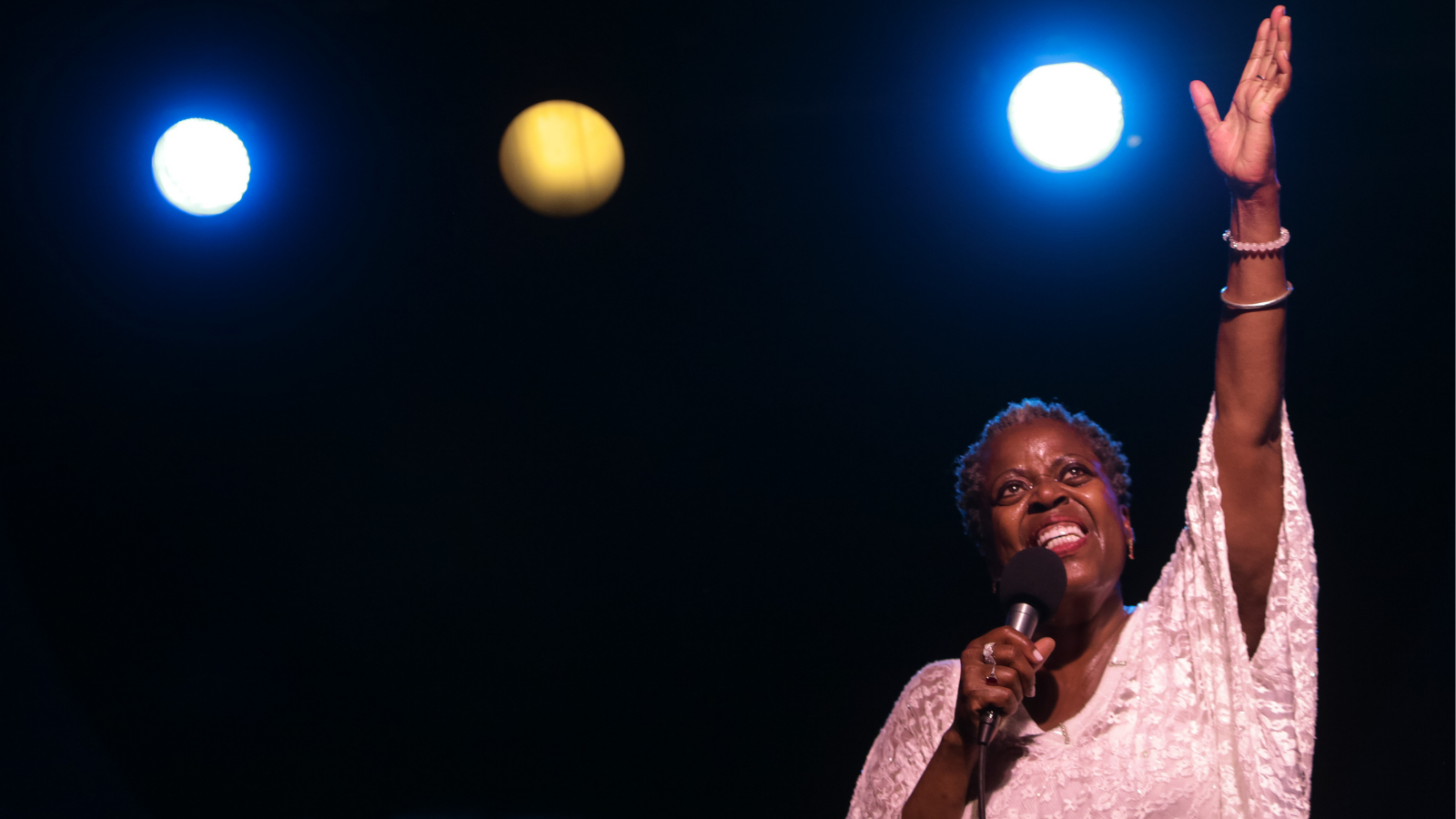 I woke up today with her performance of “Don’t Rain On My Parade” playing in my head––specifically her hair-raising “I guess I didn’t make it” riff which prompts more audience gasps than Lincoln’s shooting. It’s the best kind of intrusive thought and, today being the start to my birthday weekend, I took it as a sign of good things to come.

Luckily YouTube has that strange little Music app that lets you play audio without (gasp) having to watch, so I took this weekend destiny into my own hands.

Now, no disrespect to Ms. Streisand (and her legal team), but as much as I love her Broadway and film soundtrack recordings, White’s is something else. Many speak of Streisand’s ghost as haunting the entire production, with her unique and very Barbra choices becoming the impossible standard to which no other performer can aspire, and seldom producers would dare attempt. Ask Lea Michele, who has given carbon copies of Streisand’s each vocal movement throughout her career, to absolutely no avail. Oh well.

Sheridan Smith managed to dispel Streisand’s ghost by focusing on the funny of Funny Girl, but hers was an almost entirely different character. White just stepped in for a one-night only performance and, unencumbered by the prospect of playing a petite Jewish woman, simply walked onstage and ATE the song. Or, as the kids say, put her whole ***** into it.

It does not matter that the final belt is the same as the one with which she ended her “I Am Changing” for the Dreamgirls benefit concert the year prior. In fact, I welcome it. And what ever happened to these benefit concerts anyway? Seth Rudetsky, if you’re reading this, please set one up.‍

The Life, for which White won her only (!) Tony in 1997, is being remounted with LaChanze so I’m sure we can squeeze White in somewhere in the season. Mama Morton, perhaps? No, that’s too lowkey for her abilities. The Hercules musical I saw and loved at the Delacorte in 2019 and which still has not received the Broadway treatment? Well, yes. As we listen to “Zero to Hero” for the billionth time this weekend, let us all reflect on how best to put White back on the Great White Way.