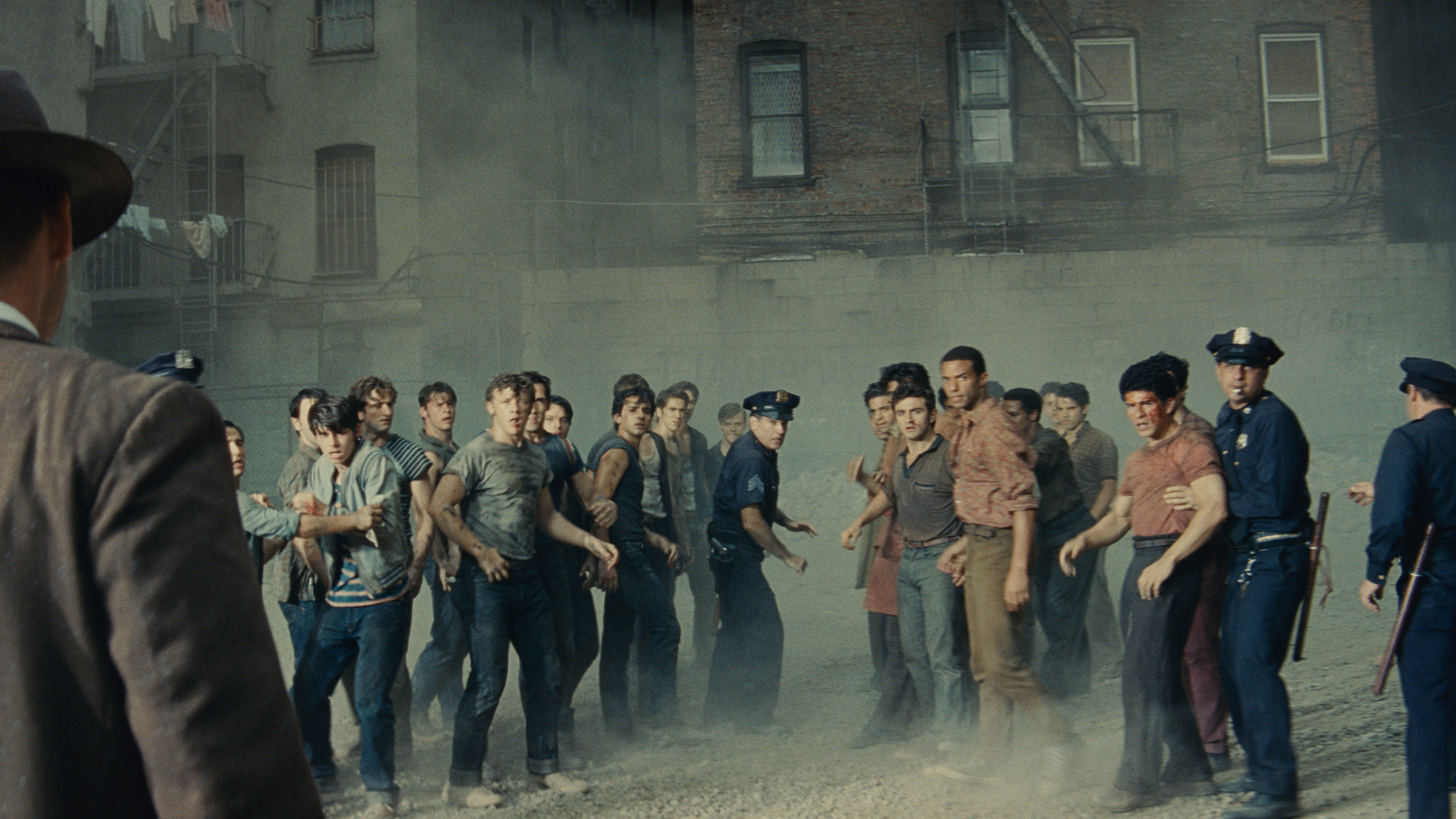 The Dancing Street Gangs are BACK in Steven Spielberg's "West Side Story" | Photo: Walt Disney Studios
By
Juan A. Ramirez
No items found.
on
Category:
Features

After months of getting kicked down the COVID release road, a teaser for Steven Spielberg’s West Side Story film finally dropped, and well?

What it’s not giving is virtually any Ansel Elgort––I have to laugh––or much hope that it will be Spielberg’s first worthwhile film since 2005. The man’s been trapped in a nostalgic attempt to bring E.T. levels of movie magic to Oscar-bait like The Post, to mostly decent results.

I very much hope that this does not go for the low-hanging, “Guys, this silly tribalism is tearing us apart!” aesthetic too many recent revivals and reboots have courted. The deadly serious music which scores the 90-second clip, however, is making me reach for my pearls on that one. Spielberg’s take seems a relic of a different era of movie musicals, which may be a good thing. But a musical about dancing street gangs is a show that always runs the risk of seeming corny, and needs a deftly choreographed hand to really land.

I am proudly in the 1% of people who loved––Respected? Admired? Liked well enough but, in the face of adversity, doubled down?––Ivo van Hove’s revival. That one took a deadly serious approach to the material. It cut “I Feel Pretty” and essentially became a 90-minute treatise on police brutality in a hopeless surveillance state, but those choices, while detested by many, were rooted in van Hove’s specific point of view. I’m not sure what Spielberg’s point of view will be, aside from him telling Vanity Fair that he “really wanted to tell that Puerto Rican, Nuyorican experience of basically the migration to this country.” I’m laughing again!

Being a musical theatre fan is mostly a losing battle when it comes to film adaptations. On the one hand, you buy your opening night tickets weeks in advance because it might be the one thing to get more movie musicals funded. On the other hand are five fingers named Cats, The Greatest Showman, and Pitch Perfect 1, 2, and 3.

This doesn’t look like it’ll go in that particular direction but it doesn’t inspire the thrill of the galvanizing In the Heights trailer. The latest Broadway revival––gone too soon––whet my appetite for the material, and Rachel Zegler seems ready for her close-up. Let’s hope the Sharks, the Jets, and the audience win.