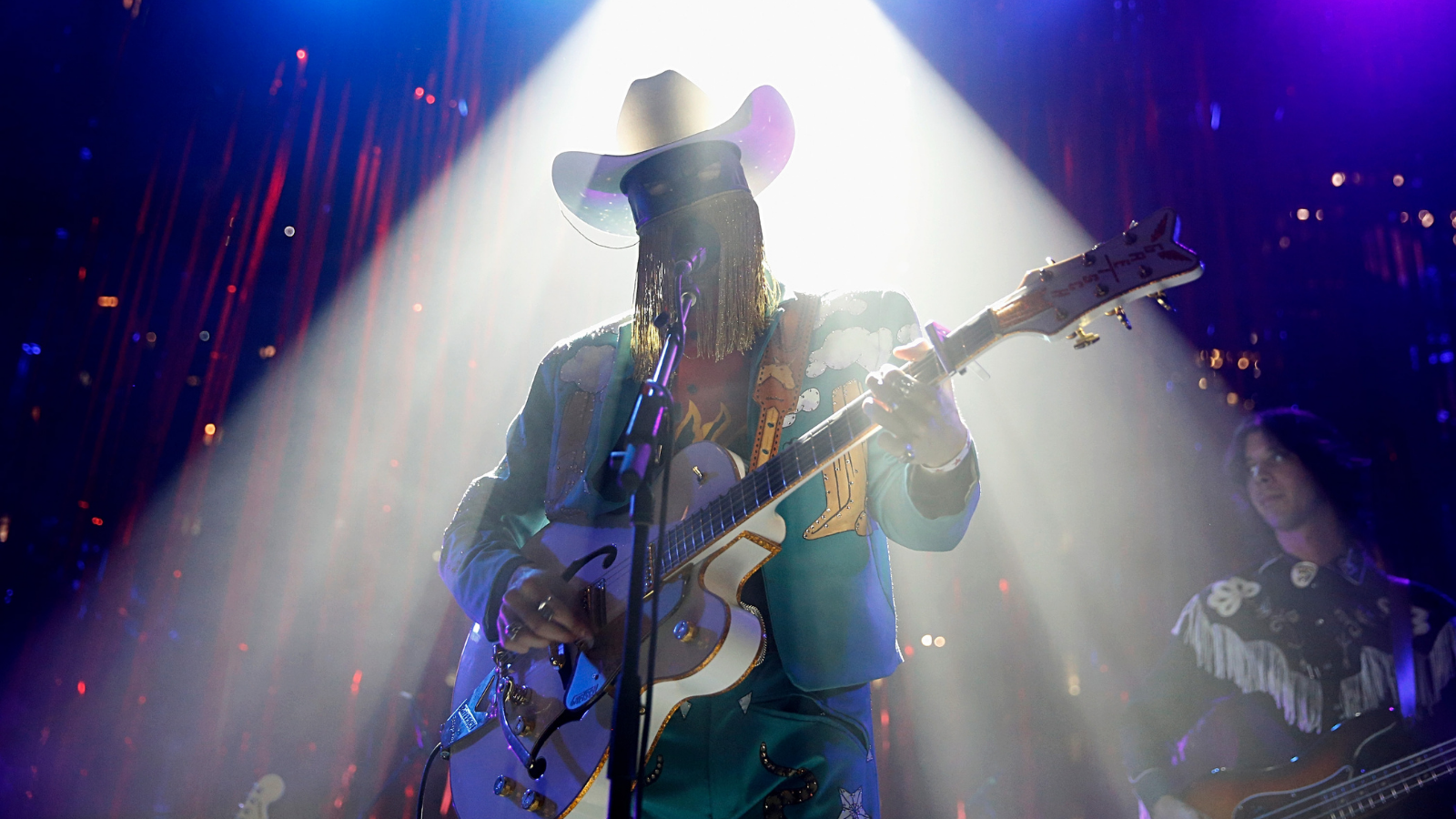 Orville Peck performing at MoMA in March, 2020 | Photo by Dominik Bindl/Getty Images
By
Juan A. Ramirez
No items found.
on
Category:
Features

My god, this man gets sexier by the minute and I am truly scared of what this means for the rest of us. His voice…. His voice! It suits the material perfectly. Not that Gaga’s didn’t, but I always felt her original Country Road Version to be a strange pander to ‘middle America’ to offset the sheer gayness of the Born This Way album release. I still love it, her, and that album—which turned 10 a few weeks ago. Let’s reflect on that.

Enough reflecting. Did I mention Orville Peck sounds incredible on this song? God, what a man. Like Lil Nas X, there is something so wholesome and genuinely tear-inducing about their brave forays into lands typically hostile to out queer men; X with hip-hop, Peck with country. And I’m talking *country,* like, parking your truck on the side of the road and drinking under the stars.Of course, it’s all an act. And that’s what I love about the man. I remember putting a straight friend onto his debut album, Pony, and the first thing he texted back was, “wow I love how genuine he is.” The gag! Peck is a mysterious figure, but the dedicated sleuthing of Twitter stans has revealed his past to be one of constant reinvention and dedication to art. It is semi-confirmed that he was part of a Canadian punk band in the late 2000s, following years of ballet training and voiceover work across the world. It is almost entirely confirmed he was in the cast of Peter Pan Goes Wrong on the West End and possibly other stage shows.

All this to say the man is not a cowboy, and yet he totally is. What about roving the planet in search of your next best self, the next big thrill, does not completely align with the cowboy mentality, or the queer one? He was not born this way, but he’s birthed himself to be. He’s got the talent and dedication (not to mention my undying love, support, and 🥺) so whatever he wants to do with those is his business, and our pleasure. To live in the time of Orville Peck!

Good for Gaga to give the man the platform he so deserves on this decade-anniversary remix project. Big Freedia dropped her “Judas” cover last week, so who’s to say Kristen Chenoweth won’t take the next one?

Once more for the people in the back: Orville Peck released a cover of Gaga’s “Born This Way (The Country Road Version)”.‍