Andrew Barth Feldman is Ready To Get Cooking In RATATOUILLE: THE TIKTOK MUSICAL 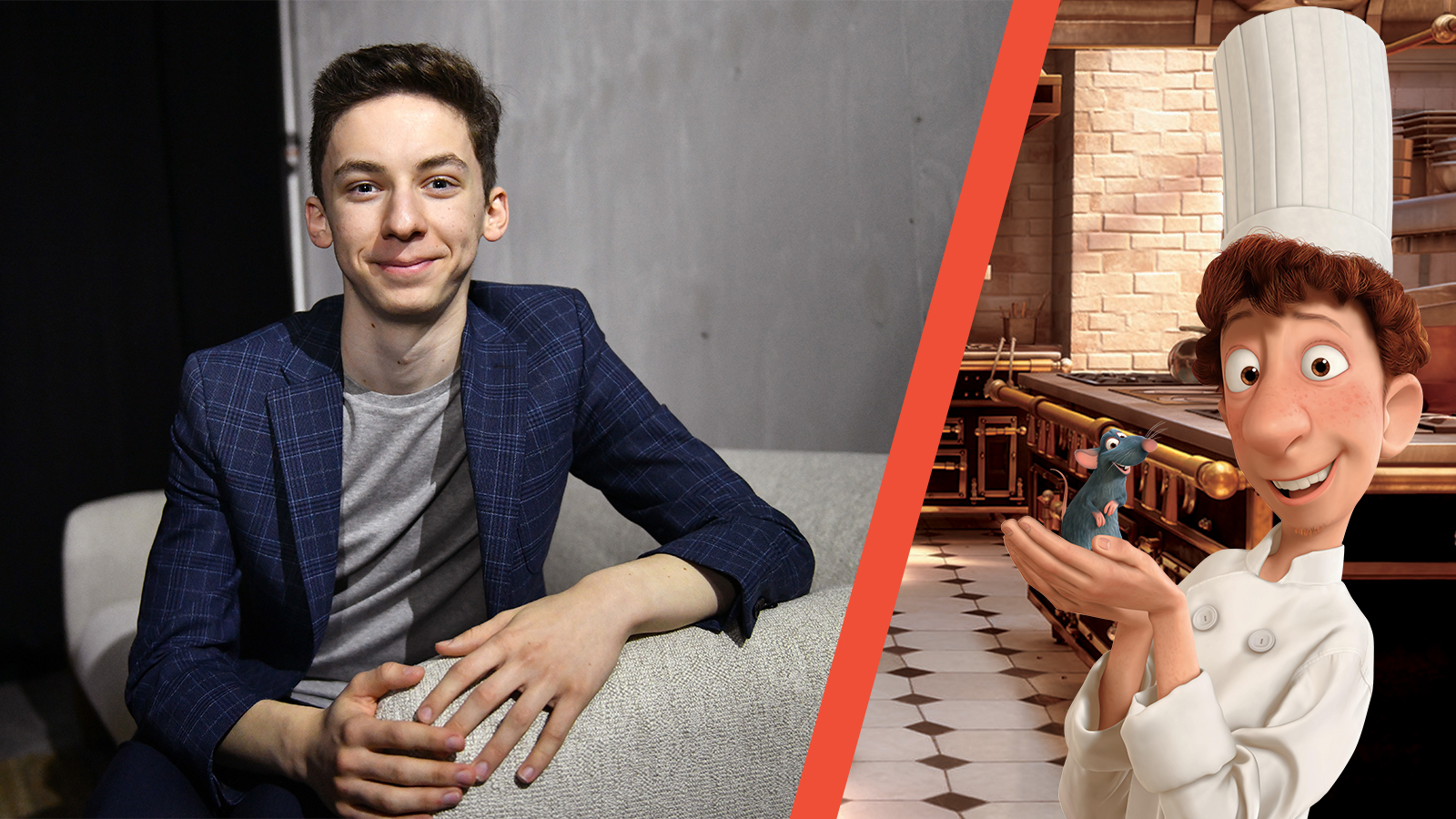 At only 18 years old, Andrew Barth Feldman has already made a name for himself throughout the Broadway community. After taking home the top prize at the 2018 Jimmy Awards, Feldman went on to make his Broadway debut in the Tony-winning musical Dear Evan Hansen for a year's run that concluded earlier this January. Since the pandemic hit, he has kept extremely busy from virtual cabarets to Halloween specials and even created Broadway Whodunnit with a gaggle of his Broadway pals, but his latest role might just be the wildest one yet in his early career. Feldman will now be donning his chef’s hat as he takes on the iconic Linguini in Ratatouille: The TikTok Musical alongside Wayne Brady, Tituss Burgess, Kevin Chamberlin, André De Shields, Adam Lambert, Ashley Park, and so many more. Speaking by phone from his home in New York, Feldman gave me all the scoop on this delectable one-performance-only streaming event that benefits The Actors Fund.

Let’s take a step back — if you aren’t up on the latest social trends, TikTok users started creating short songs and various content for a musicalized version of the hit 2007 movie of a rodent who yearns and dreams to cook in Paris. The phenomenon quickly grew into a viral sensation with over 200 million fans around the globe. Feldman was all but five years old when the Pixar animated film was released in theatres, “I remember seeing it in theatres and remember it being a part of my childhood. I remember being completely and totally and utterly in love with it. It’s such a great movie. It’s a perfect Pixar, it’s aged so well,” he told me.

“Here’s the thing, everyone for years has been saying that I look like this character and so when this all started I thought it was funny because I’ve been saying for months if they ever did this I would have to play him,” he joked. “I remember tweeting about playing him before it was even a thing on TikTok!”

Admittedly not a huge TikTok user, it was his friend, composer Nathan Fosbinder, who reached out to Feldman via text one late October morning asking if he would perform a song if he wrote one. “He texted me and I said ‘I would do it if you wrote it’ because I thought, why not? I've known that it was a big deal on the app — never in my wildest dreams did I think we'd be here.”

It was the team at the Actors Fund who contacted Feldman to see if he had any interest in joining the benefit. “My good friend, Alex Boniello, and I for months of this pandemic have done something called Broadway Jackbox, where we raise money for the Actors Fund. We have raised six figures for them which has been awesome. We're now raising money for Broadway for Racial Justice, but we've been in touch with the Actors Fund a lot,” he said. A few weeks back, he received an email from Douglas Ramierz at the Actors Fund with the subject line ‘Ratatousical’ and his interests were immediately piqued. “He mentioned that they were doing it and that they would want me to play Linguini. And I immediately thought this is hilarious.”

As he continued to correspond with the producers, the project kept growing and growing and growing as more stars were joining the ranks. “I think they realized the scope of what they could do here,” he mentioned. “That being said, Kevin Chamberlin, who plays Gusteau and I, we were the first people on board. And I think that is so representative of how focused on TikTok this event is and how centered around the content creators, the people who were involved in the TikTok movement. They are being put first here in this project. So I'm very thankful that they asked us to do it and I think it is so clear that this is all about the creators.”

Feldman is enthusiastically ready to join this star studded lineup with a cast of his idols who has looked up to for years. “I just feel so lucky because, you know, you have all these people that are elevating this project and elevating these TikTok creators. Whereas I have this project elevating me. You know, I'm just a small cog in this machine and I get to work with these people. That is that is something I can't even wrap my head around to, to see myself on a screen with Titus and Mary Testa and Ashley Park, who I love so dearly. And like all of these genius hero people, it is beyond anything I could have imagined would come out of Ratatouille!”

We spent some time chatting about the music and creating that world with a 20-piece orchestra. “I'll say the orchestrations are really incredible. Daniel Mertzlufft who did that original orchestration of the Remy video, is the music supervisor on this and he has done an incredible job at adapting this music to make it longer and more full and more integral to the story. And, you know, just bringing it to a new level while working closely with those who wrote the songs.” Feldman went on to admire director Lucy Moss (Six) and the entire production team for all the hard work they have been putting into the production. “I think the best thing I can say is you can expect to laugh, a lot!”

And of course the fact that this is a benefit for The Actors Fund is just icing on top of the cake. “The Actors Fund has given out eighteen million dollars this year, which is unprecedented for them. We're struggling right now as an industry and as a people, of course. And we're not going to be taken care of by the government. But it's not just actors, it's anyone who touches a theater. Anyone who works near a theater or in this industry can get help from them and receive some assistance. Right now they are needed more than ever and they know that and they are doing everything they can. So it feels only right that we as a community are doing everything we can to to assist them, to assist us.”

I wondered what musical the TikTok community should tackle next and Feldman’s immediate response without taking a moment to ponder was Onward. “I know that’s probably not the answer you expected to hear but I love it so much and think it would work so beautifully as a musical,” he said. “The storytelling in Pixar’s movies and stories are so emotional and it's operatic in a way. There is so much potential, I kind of think you could take any of their films and turn it into a successful musical!”

When not working on the musical adaptations of hit films, Feldman has been keeping busy with various projects and working on writing music which he hopes to start releasing soon. “I'm very thankful that I've had an outlet during this time to just write and show stuff to the people. And my good friend Alex Boniello, has been an awesome, wonderful creative partner. And I'm so thankful for him that he's enabled me to do all this,” he told me.

If there is one thing certain, Feldman is ready for theatre to reopen once it is safe for audiences to gather once more and he wants to be there cheering on the community from night one. “My real dream is that they don't all open on the same night so I can be there on each of them. I've just missed it so, so much. Think about seeing Company and being there for the first time, Patti LuPone steps out on a Broadway stage. I think about being there hearing ‘Defying Gravity’ or ‘Waving Through a Window’ for the first time, or any of these amazing shows that were shuttered. I want to be there in that room because that's what this all is, we all just miss theater so much that we made a Ratatouille musical. I think we all need it and I most definitely do.”

“Ratatouille: The TikTok Musical” will begin streaming on Friday, January 1, 2021 at 7pm EST for 72 hours only. Tickets start at $5 and are available on TodayTix by visiting TodayTix.com or downloading the TodayTix app. All ticket sale proceeds will benefit The Actors Fund Covid-19 Emergency Relief Fund.