BLACK NO MORE Has Blues But No Bite — Review 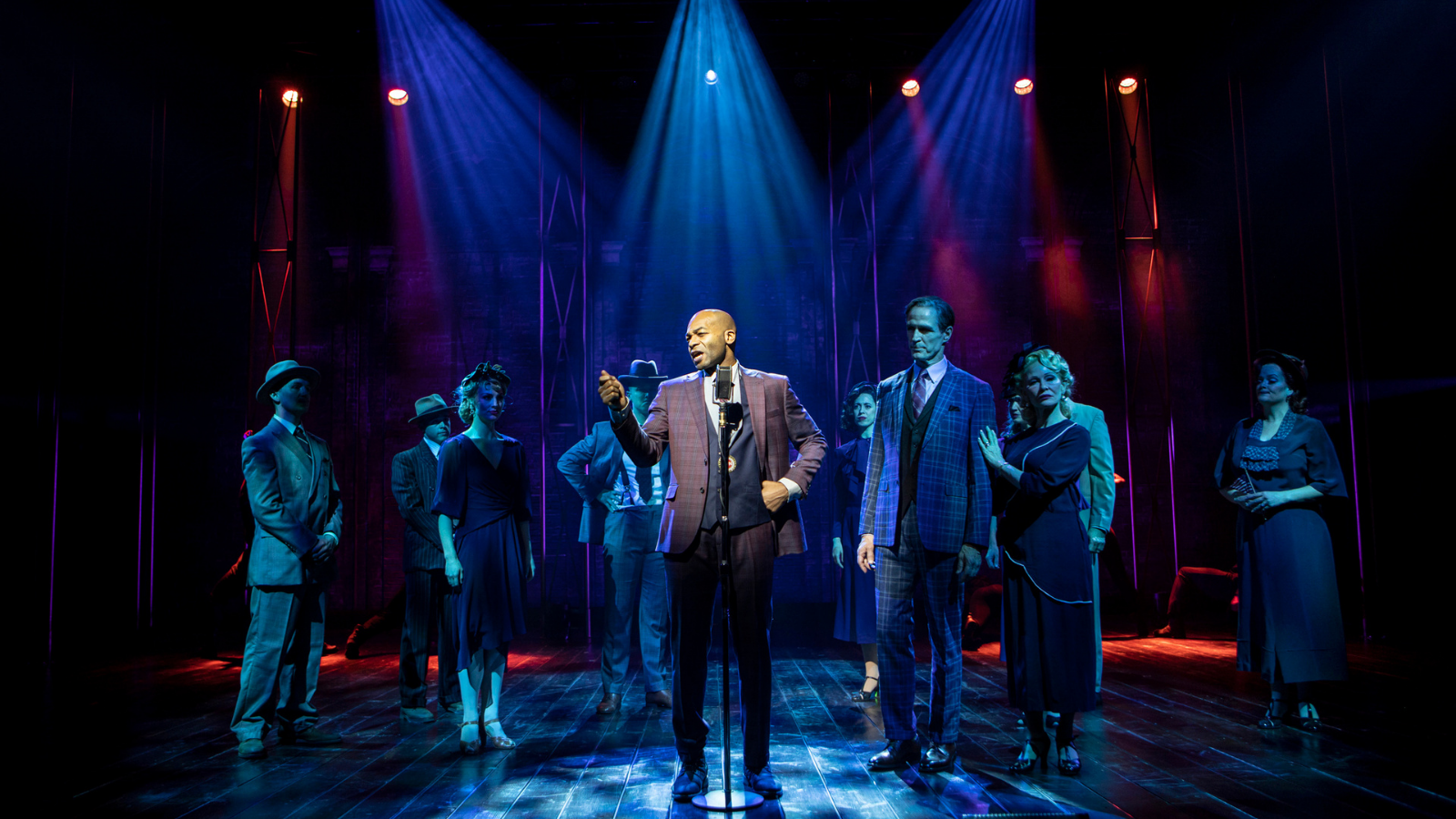 The company of Black No More | Photo: Monique Carboni

Amid an embarrassment of other cultural riches, one of the Harlem Renaissance’s greatest legacies was its celebration of American Blackness in all of its expansiveness. In 1931, George S. Schuyler released Black No More, a novel satirizing the national obsession and commodification of identity by asking what would happen if Black scientists figured out a way to de-Black themselves, thus ending the “race problem”? A new musical adaptation, which just opened in a production by The New Group, takes up this question only to break and flatten it into an ellipses: a scarcely puncturing bore of a stage show that trails off into nothingness.

Written by John Ridley, with lyrics by Tariq Trotter (aka The Roots’ Black Thought), this new work is too dour to be a biting satire, too bluesy to be a lively musical skewering of American racism. With indistinguishable songs (music by Trotter, Anthony Tidd, James Poyser, and Daryl Waters), it traces the somewhat picaresque journey of Max Disher (Brandon Victor Dixon), a Black man in Prohibition-era Harlem who falls into the hands of Dr. Junius Crookman (Trotter, acquitting himself as a fine performer), a Black scientist whose Black-No-More treatment targets vulnerable members of their community into becoming white.

What could possibly go wrong? As glanced over by the vapid book, not too much. To be sure, a lot of bad things happen: Max leaves best friends Buni (Tamika Lawrence) and Agemmnon (Ephraim Sykes) for Georgia and marries Helen (Jennifer Damiano), the attractive daughter of Reverend Givens (Howard McGillin), who runs the Klan-like Knights of Nordica organization. Of course, everything goes wrong. But with a relentlessly charmless score — save for a few of the 35 (!) numbers, including two sung by a criminally underused Lillias White — and a sluggish script which drains all momentum from its ostensibly dangerous premise, there’s not too much to keep you engaged. Without much to say about its characters or what drives them (why, for example, do the white characters rap, too?), Black No More fails at delivering a worthwhile critique, or even an interesting story.

Though played with verve and vocal dexterity by Dixon, who sprinkles in more than a little My Wife and Kids-era Damon Wayans mischief into his performance, it is simply not a good role. Underwritten and undetermined, he is devoid of personality and characteristics to the point that he could start as any identity and wound up as another, and it’d mean just as little. Max is not an opportunist, a flâneur, a schemer, a proud Black man, or even an apologetic one. He doesn’t even enjoy the temporary fruits of his whiteness in any meaningful or satirical way. The works’ lead is, as written, a completely blank slate, and the lack of individuality makes staying invested in his plight — however much plight a passive character can experience — a monumental ask for the audience. When the second act opens with the show’s umpteenth variation of the tired “You’re probably wondering how I got here” record-scratch, it’s tempting to yell back, like at a horror movie.

Speaking of which, Get Out, Jordan Peele’s 2017 film titled after that very impulse to encourage a doomed protagonist to head for the hills, came to mind more than once throughout the production, which does not exactly hold your mind from wandering. Unlike Peele’s race-relations masterpiece, fraught with tension and informed by centuries of aggressions, micro and macro, Black No More has absolutely nothing new to say about its themes. Nothing is illuminated, nothing lost or gained.

Except for the incandescent light of Tamika Lawrence as Max’s best friend. Introduced in a stunning pantsuit (costumes by Qween Jean) as a bold, 20th century woman, her character has a slight advantage over the others: something to play into, and against. Unlike the insipid, motivation-deprived rest of characters, she at least has her platonic love for Max as a driving force, a guiding principle to power her through the work. What Lawrence does with her scenes is remarkable in its strength and vulnerability, and what she does with her voice is worth at least a major record deal.

Black No More is in performance through February 27, 2022 at The Pershing Square Signature Center on West 42nd Street in New York City. For tickets and more information, visit here.