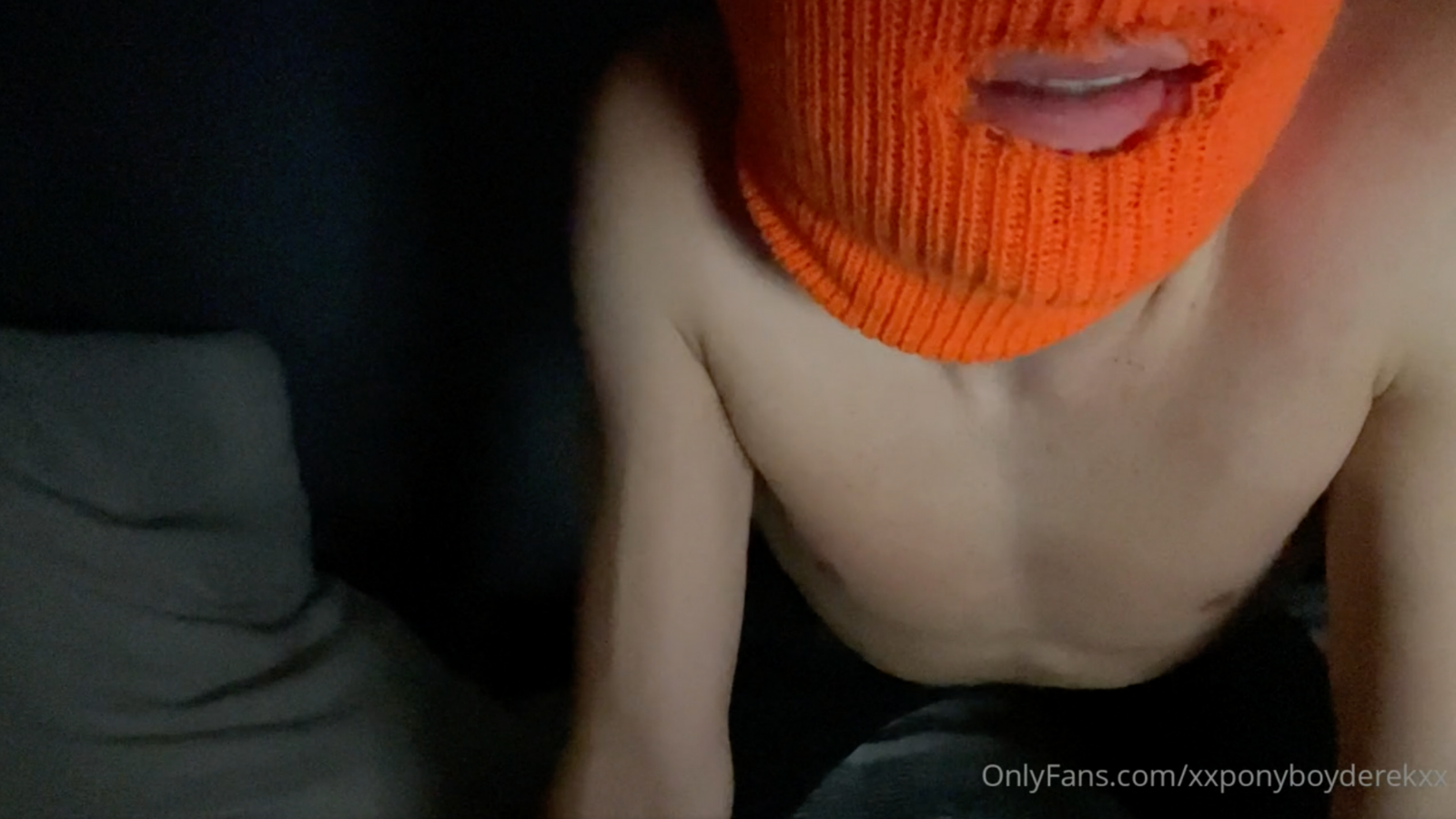 In the new(ish) frontier of digital theatre, all the world’s a stage and every platform is a proscenium. Just look at innovations from Fake Friends’ Circle Jerk to Alex Hare’s Capricorn 29, where text and textuality explode from their narrow boxes to swallow up tweets, comments, and perhaps even the little taunting ellipsis of a buffering symbol. Their unruliness is the point, and that they are borne of structures that they both gleefully poke holes in and try to renovate as the newest place to pull back its metaphorical curtain is part of their thrill, each minute element of a platform not much more different than the mechanized track of a rolling building facade meant to, itself, signify an in-world structure. Though originally conceived for the stage, the audience’s live tweets of the viciously satirical Circle Jerk were as much a part its dramaturgy as the stream of comments that ran river-like down one of the characters’ mukbang videos, which itself was as integrated to the show’s theatricality as the more traditional, drawing room comedy-ready ice blue set, the various dimensionalities of its “stage” a 4D plaything that its theatremakers delighted in toying with. With a melange of mediums used, the Shakespearean cliche is now laid bare in blood curdled laughs.

So, when Brooklyn-based playwright Gage Tarlton initially tweeted the link to his new online theatrical production xXPonyBoyDerekXx: an only fans experience, which resides on the subscription based platform, it was mostly quote-tweeted by bots that reflexively regurgitate tweets from accounts advertising OnlyFans creator links. Was that, too, theatre?

Part of The Misfits Theatre Company’s Break the Ritual series of works, Tarlton’s anonymous lead character takes to the stage on OnlyFans, donning little else but an orange balaclava (not so subtly recalling the sinister mask that serves as hookup app Grindr’s insignia) and underwear meant to be alluring, inviting subscribers to use him as their fantasy and desire. It’s just him emerging from the dark, illuminated by a computer screen, only a body in space. Simultaneously, he reveals little parts of himself; his relationship to his father, when he’s had sex, when he’s hard, a little bit about his financial uncertainty. Never too much, though, because that would break the illusion he’s trying to establish, right? All the while insisting we subscribe, the posts at times automaton-esque.

Social media is an unreliable pointillist self-portrait, and Tarlton’s ambition is rooted in OnlyFans being emblematic of a more explicitly transactional iteration of that: the strange give and take one has with an audience not merely on something like Twitter, but a platform where consumption has clear material effects. Using nearly all of the in-app features on the platform — from live shows to regular video, photo, and text posts to DMs (if you DM him back, you’ll even get a reply) —  the more of xXPonyBoyDerekXx we experience, regardless of the broken promises that are, in some ways, inherent in the tease of this kind of creator, the more thorough and detailed a (self-)portrait (even an untrue one) we’re supposed to get. Unknowability be damned, a grain of truth is tucked within the part gravely, part bitchy line readings, and the often sassy and flippant gestures (a flick of the hand), these an attempt at being assembled mosaic-like, so that the videos’ noisy artifacts add up to something.

But the character is ultimately rather schematic, even in its creation of an illusion. An attribute of xXPonyBoyDerekXx’s “actual” life and desires becomes available for litigation as to its veracity here and there, but they’re often vague, without the anchoring to a particular imagined (or real) persona for this OnlyFans creator. He mentions he has trauma, but what about that trauma? He, too, dismisses it, waving it away with a glib “Doesn’t everyone?”, resisting emotional clarity and basically rescinding an invitation for us to engage with the character more seriously or closely. It’s a curious, frustrating snag in a not uninteresting premise: this hazy illustration, even for the sake of its protagonist’s lonesome anonymity, results in a reliance more on concentrated platitudes about projection, desire, confession, and, at its heart, the capitalist system that encourages and incentivizes us to reveal our essences until they’re no longer ours. And not for the purpose of collectivity, but for unhappy, inequitable consumption.

The anonymous performer rattles off lines like “I don’t have a father now. Maybe you can be my father”, while illusorily indulging onanistically. And while there’s occasionally a compelling dynamiscism that’s given to dialogue that, while aspirational, lacks precision and multifacetedness, there’s too much an awareness of an inhibition to really go for it and seduce the audience: not only in the prurient action, but in the conception of a someone (facsimile or otherwise). That he’s an intentionally (I presume) generic white slim twink whose nondescript body articulates an expendability to a certain kind of young online person in a democratized sex work space is evident, but it also underlines the importance of exociating specificity within that presence of a “blankness”. There are times when the actor gestures towards that, such as a kind of unhingedness after a contest to draw the character’s genitalia, a bark of a line that suggests an unusual, personal approach to frequently emotionally and tonally indistinct material, but a reservedness and reticence returns to muddy the consistency of the performance.

That blankness ends up being the core problem of the production: as it tempts the audience with recognizably extremely online thoughts about the “pornography” of every aspect of our lives, there’s an indisticntness in its goals and, fundamentally, its desires. There’s nothing really quotidian about the character or the glimpse into his space that we get, which betrays what feels like a misunderstanding of why many people are drawn to OF creators and their cam show relatives. Just a body in space with a (sometimes waveringly) taunting attitude isn’t much to latch onto, his short bouts of filmed negotiation with himself, and us, too opaque for much of a sincere emotional investment in that rhetorical spin out. Videos are usually fewer than 3 minutes, the pleasure to indulge in the banality of such a performer is clipped. Cam shows’ durational quality — the way they respond to people, how they position themselves in relation to a gaze, what music is playing in the background, basically a performer’s context — is Akermanesque (think Je Tu Il Elle), or even Warholian in its proposition of the static image’s eroticism (or lack thereof).  Whether or not it’s a lie or something of a slate onto which we as audiences project, in and out of the context of sex, detail implies a performed intimacy and access, something that xXPonyBoyDerekXx and the play he inhabits lacks. The fantasy is not so interchangeable as the show would lead you to believe, I think; rather, it occupies a study of what is, between performer and audience, same and different, and how the gulf between the two can offer a singular kind of remote pax de deux, complex in its power valances, and a space for erotic generation.

Those matrices of power have gotten more complicated as OnlyFans’ own relationship to sex work, and its sustainability as a space for such labor, has become more uncertain as the platform’s profile has increased. And prior to the finale, xXPonyBoyDerekXx existed on a lascivious stage like any other account, an art piece performed in the same venue that it was chatchizing, for $8 a subscription, no less. Yet when the play broaches class, there’s a broadness to its ideas and their political components that gives its ideological preoccupations a wispy quality. It does not approach race.

It’s not that such an apparatus doesn’t invite thorough interrogation through art, with its complicated reshaping of the sex work landscape, the loaded implications of how we engage with sexuality, identity, and politics on the internet, and its ties to the ongoing economic precarity of those very sex workers. It’s that this art, somewhat admirable in its outsider attempt at theatrical imaginativeness though it may be, doesn’t lean deep enough into that interrogation, doesn’t ask more precise questions of both its form and politics, and tries to create a fantasy without a thorough understanding of what that fantasy is supposed to be, and why we should be making this person, real and/or fake, the object of our fantasy. The success of other online theatrical experiences is their ability to elaborate upon the existing and the as yet unlocked ones, how they can tie in audience desires and behaviors directly to how we engage with both the work itself and the way in which it is presented, thus creating a web of exchange between text and audience, each personalized experience granularly devised. And when the work has fangs, the best audience indictment is when they lay themselves within the work’s jaws.  But I suppose that’s what’s disappointing about xXPonyBoyDerekXx: an only fans experience: it understands nominally that, online, we seek to be, and are repulsed at, being known reflexively, the work of intimacy contained in a single button that says “post” or “send”.  But all its teasing reveals xXPonyBoyDerekXx can’t bear to show us much of anything.

For for information and to subscribe to xXPonyBoyDerekXx, visit here.

Kyle Turner is a queer freelance writer based in Brooklyn, NY. He is a contributor to Paste Magazine, and his writing on film and culture has been featured in The Village Voice, GQ, Slate, Vanity Fair, and the New York Times. He is relieved to know that he is not a golem.