BOLLYWOOD KITCHEN at the Geffen Playhouse is a Delicious Treat — Review 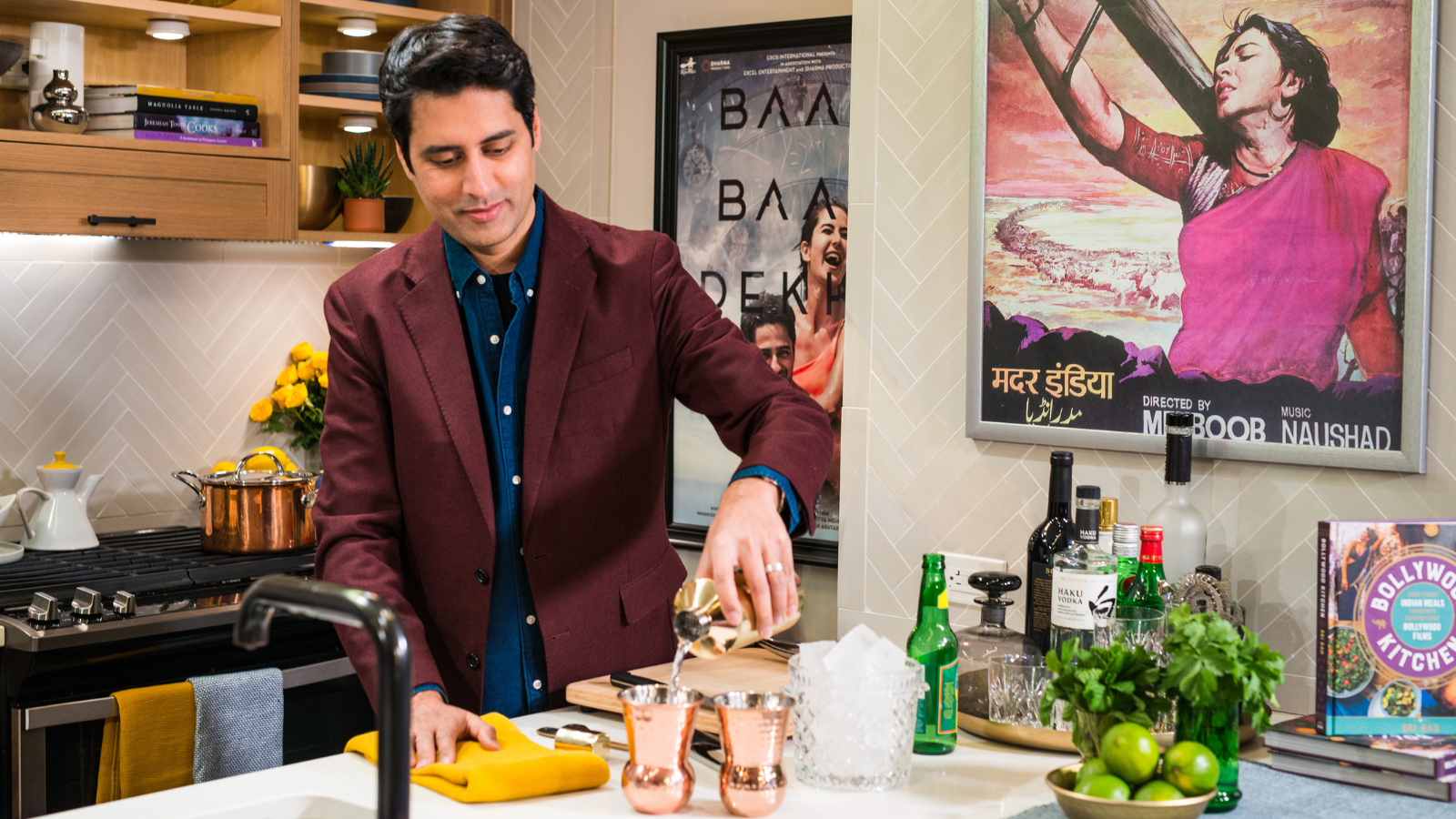 Remember the early days of quarantine, when we were all pent up in our homes and attempting to not overcook our sourdough? As we approach the eleventh month of this pandemic, personally I have turned to cooking as a respite from the work-from-home fatigue, and when someone offers up a new recipe, I run to the store for ingredients. In this case, that someone is Sri Rao, notable filmmaker and cookbook author, whose Bollywood Kitchen is now playing, via Zoom, at The Geffen Playhouse produced in association with Hypokrit Theatre Company. No stranger to the virtual landscape, the Geffen has been keeping audiences engaged and entertained throughout the past few months with their interactive offerings and next up on the list is the deliciousness that is Indian cuisine.

Rao, who is currently serving as showrunner on Netflix’s upcoming drama The Actress, invites audience members into his New York apartment to cook some of his and his mother’s favorite recipes that can be found in his cookbook, also called Bollywood Kitchen. Along with director Arpita Mukherjee, Rao and team serve up an incredibly unique experience where right from the start you feel like you are just catching up with old friends around the kitchen table.

As the evening progresses, Rao touchingly recounts his childhood growing up in suburban Pennsylvania and how connecting with his culture was difficult at times. It was his passion and love of Bollywood films that gave him that experience that he was so longing for and a way to escape. We learn of his parents immigration to the States and the difficulty that they had to endure, and the struggles he faced growing up while trying to confront his identity in more ways than one. Rao is a master at blending together stories of his past and makes for a delightful and engaging host throughout the evening. Infused throughout the performance are clips and music from some of Rao’s most favorite Bollywood films that only adds to theatricality of the night.

And as much of a storyteller that he is, Rao’s cooking skills are equally as transcending, though his humility wouldn’t let him say as much. As the night kicks off, you will pour your Mumbai Mule (for those 21 and older) and munch on popcorn with a delectable blend of spices. The star dish is his mother’s signature chicken curry, and while I choose to substitute in for the vegetarian Chana Masala, it was an incredible experience cooking alongside so many around the country. One participant during my performance had never cooked chicken before in her life and was over the moon to taste the results. And even this critic learned a few new skills and tips for perfecting the perfect bowl of rice. Top off the evening with a sweet chocolate chai affogato and you are all set.

The Geffen has laid out three options for your viewing pleasure. You can simple sit back and enjoy the performance with a live stream option, you can be sent a “Bollywood Box” with all the necessities to cook along at home, or you can join the “Chef’s Table” where for the brave souls you can join Rao on Zoom, cook along live, and chat it up. You never know who might join Rao at the Table, at my performance famed Indian-American filmmaker Mira Nair and former Miss America Nina Davuluri joined to cook alongside with the rest of us. Make sure to stick around after every performance where DJ Ashu Rai spins some of the best Bollywood dance tunes!

As the old saying goes, you never realize you are missing something until it's gone. Over the last year, many have realized that about connections with others. Friends and food are a staple of our culture, and with Bollywood Kitchen you get that, and so much more.