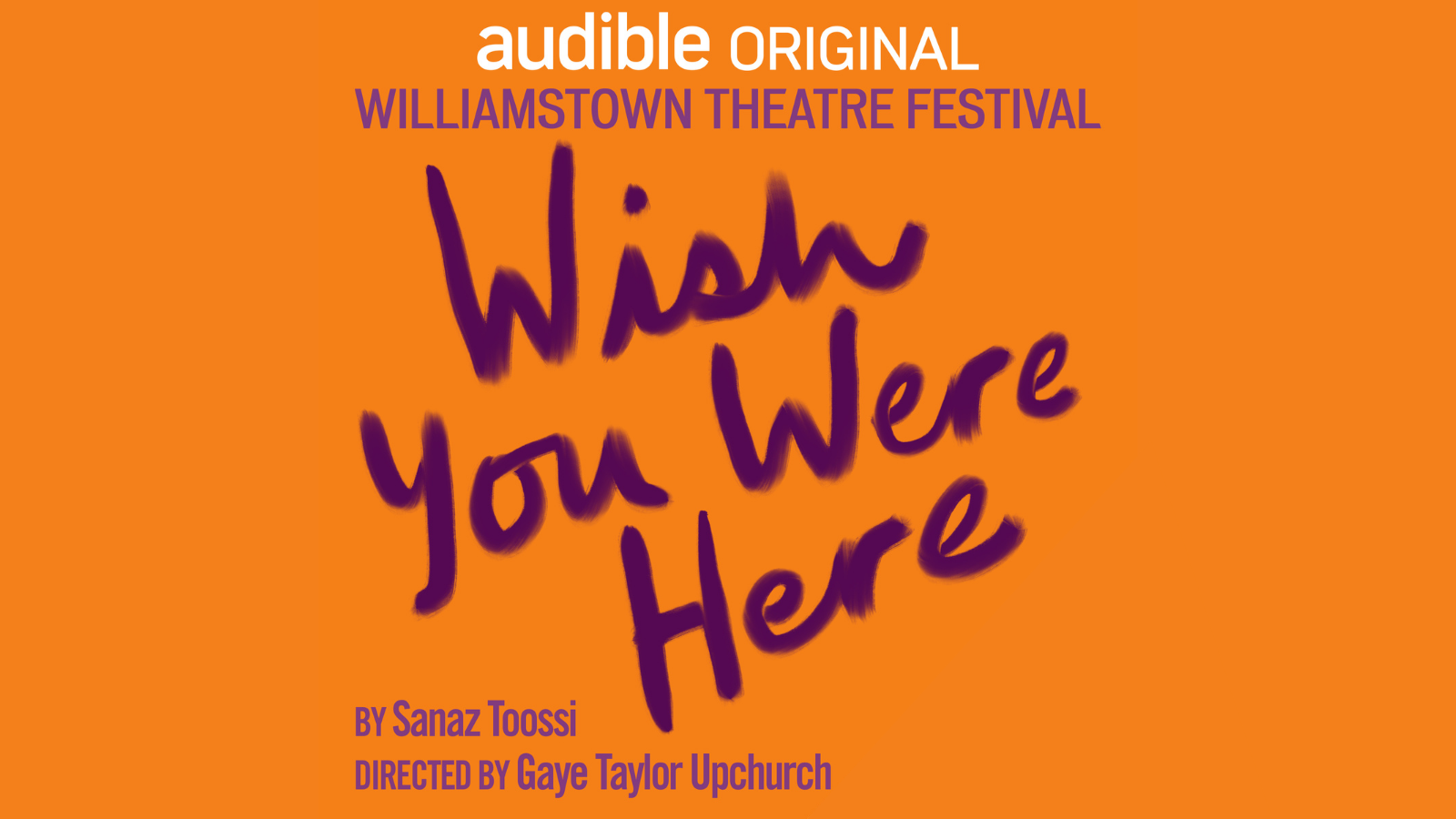 "Wish You Were Here" is now streaming on Audible
By
Juan A. Ramirez
No items found.
on
Category:
Reviews

“Isn’t it strange to have lived through a war and still be mortified by your own period?”‍

Femininity and the fallouts of war are given an appealingly informal treatment in Wish You Were Here, Sanaz Toossi’s play, which is having its world premiere as part of the Williamstown Theatre Festival’s audio season on Audible. Charting the course of a tight-knit friend group as the Iranian Revolution shakes up its members’ lives one intimate conversation at a time, it feels like a night in with the girls while the world outside crumbles and changes.

The idea of women being the quiet bearers of loud, masculine pains is not new, but this tender ensemble piece arrives at something tender, and sometimes raw, about the joys of sisterhood. From 1978 through 1991, Nazanin (Marjan Neshat) and her friends see each other off to marriage, where promises of staying in touch fray and reveal themselves. On the eve of adulthood and possible separations, religion, career ambitions, and womanhood become the soft backbone of giggly wedding night worries and personal grooming sessions that play like roasts.

With bombs going off outside, the looming threat of inevitable emigration faces off against the hold-on-for-your-life tenacity of the ones who stay, the idea of home as belonging to the gig economy lands a hard punch.

Though Toossi’s dialogue––always fresh, constantly funny––sometimes wanders too far into the mundane, her skill at finding the bottom line of each character’s nature keeps you leaning in, blushing and rolling your eyes at conversations you know too well, but acknowledging that the most casual dialogues often hide a reality that getting to be casual, especially for women, can be a rare privilege.

Directed by Gaye Taylor Upchurch, the cast is uniformly golden, invested in their characters and creating an intimacy that is enhanced by Sinan Refik Zafar’s effective, thoughtful sound design. As Shideh, Artemis Pebdani shows a talent for naughty humor that is matched by the sweet vulnerability of her girlfriends (played by Nikki Massoud, Nazanin Nour, and Roxanna Hope Radja).

Once again, Williamstown flaunts an astute ear for material that lends itself beautifully to audio adaptation. Whether due to an intelligent selection of plays that might be visually inert onstage (like this, or Photograph 51) or sound-directing the hell out of well-cast works (A Streetcar Named Desire, Chonburi International Hotel & Butterfly Club), the Festival’s Audible season has created a path for accessible, consumable, and diverse theatre which others would be smart to follow.

“Wish You Were Here” is now available on Audible. For more information, visit here.