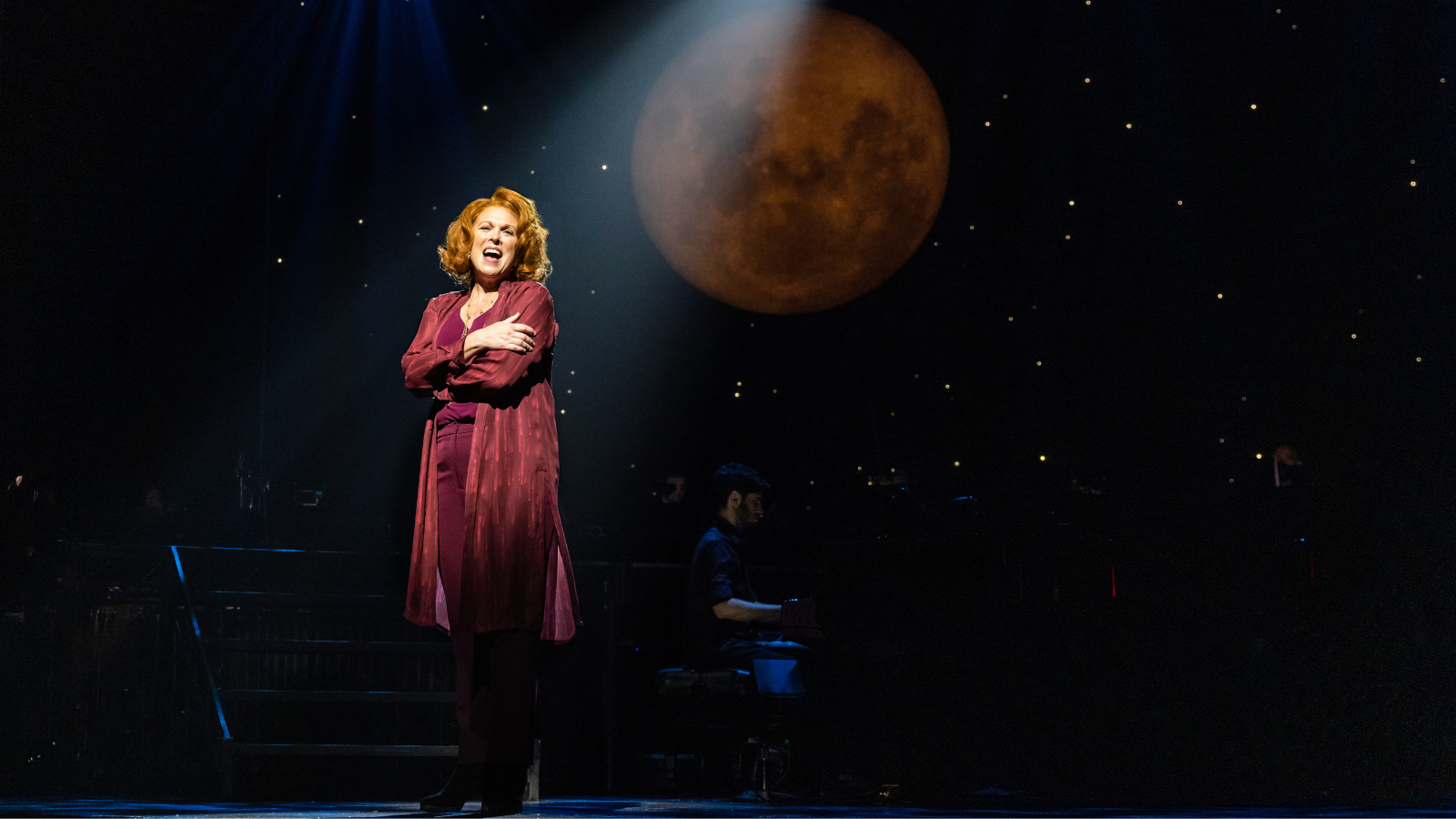 Carolee Carmello has been wowing audiences for years with iconic roles in Parade, The Addams Family, Scandalous, The Hello Dolly National Tour — the list could keep on going. She is now back for her first performance post quarantine in Paper Mill Playhouse’s new vibrant production of Jason Robert Brown’s Songs For A New World.

I recently caught up with Carmello as she was headed to the gym (yes, exercise), to chat about her fabulous co-stars, a quick rehearsal process, and jumping back into musical theatre.

Well, were you ready to hop back into performances or were you enjoying the quietness of the pandemic?

Honestly, I was kind of enjoying the downtime, you know? I missed seeing people and being part of the theater community, but I have to say I was kind of projecting — this is my glimpse into what retirement is going to be — and it wasn't all too bad! I found things to do and kept occupied. Of course I felt bad for the industry because I want everybody to be back up and running but for myself I was ok. When they called about this job, I thought, “do I want to take this on and do 8 shows a week,” but ultimately it's been a good experience so I'm so glad I did it.

What was the impetus to have you decide to come back?

I think it was a combination. Mark Hoebee, who is the Artistic Director of Paper Mill, was also directing the show, and he and I worked together before and I really loved him. I think he's talented and sweet and very nurturing as a director, which I thought coming off that hiatus would be a good thing to have. And, you know, Jason Robert Brown, I just think he's brilliant. I was lucky enough to be part of Parade when that happened years ago, and I always loved his music. Thought it would be fun to sing other songs of his own to sort of get to know.

Were you familiar with Songs or even the music from the show?

I didn't really know the show. I had seen it once, but I saw it years ago before the original Off-Broadway run. They were doing a workshop up in Canada, and I happened to be there doing another workshop and got the chance to catch it. I was sort of vaguely familiar with it, but I really did not have any intimate knowledge of the material until I started rehearsal.

Speaking of rehearsals, talk to me about your extremely talented cast! Have you worked with Mia or Roman or Andrew before?

Everyone was new to me! A very talented group of singers and just really nice people all around, which is good when you're in a room with a small group — you want everybody to be friendly and supportive and nice. It was a time trying to get to know each other while also trying to cram lyrics and harmonies into my head earlier.

I’m sure that was a bit challenging. Jason does not write the easiest scores!

I was not prepared! I had comparatively easy stuff to sing in Parade because and I guess it's just a different kind of show, right? As Georgia Stitt, his wife, told us as she was music supervising the production: Jason was very young when he wrote this and was trying to show off! He wrote a lot of really difficult vocal harmonies; it definitely was a challenge to me.

Do you have a current favorite moment in the show?

When we were rehearsing, one of my favorite moments was “King of the World.” I think it's just such an amazing piece and Roman does such a beautiful job with it — it really hits me in the gut, I find it so moving. And in terms of my own songs, I'm enjoying “Surabaya-Santa” I think. When Mark and I first started rehearsing it, we had no idea what we were going to do and how it was going to play. But it's really one of the sillier moments in the show and I get to let loose and be a goofball which I enjoy.

Is there another song in the show that you wish you were able to sing every night?

No! [chuckles] I am happy to let them sing all the songs, I don't need any more material to memorize! In fact, I can give away some of mine too! It was a feat to memorize all of that in three weeks.

What do you want audiences to take away when they come see this production of Songs For A New World?

You know, I was surprised at how relevant the lyrics still are today. I want our audiences to take away a sense of hope. And just what the finale speaks to: don't give up. I think that's really an important message right now for all of us. I certainly hear it every night, so I'm imagining that the audience probably needs to hear it as well. I hope they walk away with some of that: A little hope, maybe optimistic view of the coming months or years. It's such a beautiful piece, I hope everyone can come out and enjoy it!

Songs For A New World is now in performance at Paper Mill Playhouse. For tickets and more information, visit here.