CO/LAB Turns 10...And Is Only Getting Started 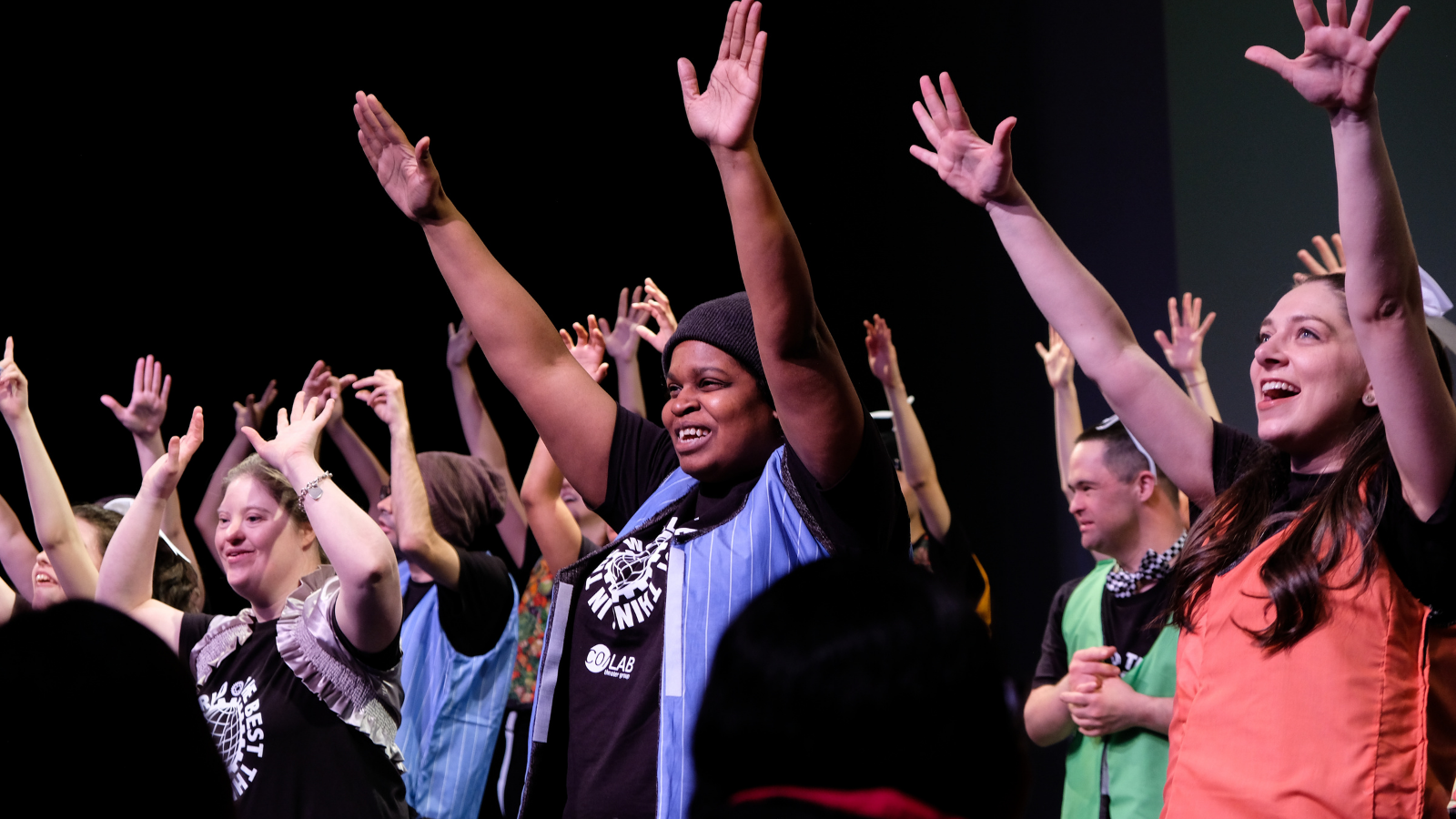 In 2011, a group of four recent graduates from Syracuse University sat at a table in Blockheads Burritos in New York City, ideas filling the air and scraps of paper filling the table. This is where CO/LAB Theater Group was born.

Ten years later, the members of CO/LAB’s creative team “now sit at a table in a Midtown office to dream about the future,” Lever said.

The New York City-based organization dedicated to providing individuals with developmental disabilities a space in the theatre arts celebrated its 10th anniversary with a virtual festival and benefit. The 10th anniversary celebrations focused on honoring CO/LAB’s past and present accomplishments as well as looking into the future.

CO/LAB was founded by Lever, Laura Borgwardt, Becky Leifman and Sarah Olbrantz after being inspired by the Young Actors Workshop at Syracuse University, a program for adults with special needs taught by members of the university’s drama program.

“The four of us did this program during our time at Syracuse and it was really impactful for us, I think, because we saw the impact that it was having on all of the participants involved,” Lever said.

After graduating, Lever said the group looked for programs similar to the Young Actors Workshop in New York City, but were not able to find any—so they decided to create one.

“Being the fresh-out-of-college 21-year-olds that we were, we were like, ‘let’s just do it ourselves,’” Lever said.

Borgwardt said one of the goals with founding CO/LAB was to provide opportunities specifically for teens and young adults with developmental disabilities.

“We found that programming kind of stops after high school graduation,” Borgwardt said. “And so we were looking to kind of fill that gap and in the years since then, there are more programs that target that population, so we’re very grateful for that.”

Over the course of its ten-year existence, CO/LAB has grown from its initial class of 13 actors to a full offering of theatre classes and reaching over 1000 actors.

Part of CO/LAB’s 10th birthday celebration was a virtual benefit party held on June 21, which offered a behind the scenes look at CO/LAB. The event started as all CO/LAB classes and events have since their beginning days at Syracuse: with a dance party. There were also a number of improv games throughout the evening that attendees were invited to play.

Lever said the goal was to make the benefit feel like a celebration, even with the virtual format.

“I think that the staff has done a really good job of just making this moment feel important, even if we’re not together,” Lever said. “There’s a feeling and a sense that this is a milestone and I think the communication around it has been big and clear and celebratory.”

In addition to reflecting on CO/LAB’s history, the event also looked back on the unique 2020-2021 season, which operated virtually due to the COVID-19 pandemic.

Borgwardt said learning how to effectively teach classes and put shows together while navigating Zoom’s features was an exciting challenge.

“Just kind of learning those things as we go was really exciting,” Borgwardt said. “Sometimes, just like improv, sometimes when you have certain rules or a certain box that you have to fit into it kind of leads to more creativity because it forces us to think in a different way.”

The 2020-2021 season culminated in a weekend-long virtual festival, “Beyond the Horizon,” which led up to the benefit event. The festival showcased the work of the CO/LAB:core classes.

One night of the festival featured the original broadcast of “PLOOTO: A Space Oddity,” an original musical performed by CO/LAB’s Musical Theater Production class and inspired by the 30th anniversary of the Americans with Disabilities Act. The show also featured a guest appearance from activist Judy Heumann.

Sam Drezner, one of CO/LAB’s actors who participated in the festival, said he likes that CO/LAB gives him the opportunity to be creative.

“What I like about CO/LAB is I get to make up my own scenes and characters and create names and voices and conflicts and stuff like that,” Drezner said.

Ali Abuhammoud, a 21-year-old actor in this third semester with CO/LAB, said he appreciates the opportunities he has access to through CO/LAB.

“I can make my acting dream come true,” Abuhammoud said.

“I just hope that those tenants always carry the organization, no matter where it goes,” Lever said.

Borgwardt said she is happy that CO/LAB has the ability to give people with disabilities the opportunity to see themselves on stage.

“Seeing how much representation really, really matters, just to be able to throw yourself into a different role or a different way of interacting with the world I think is crucial,” Borgwardt said. “And I’m proud of the fact that CO/LAB gets to be a part of that.”