Day Off Diary: THE BOOK OF MORMON’s Derrick Williams 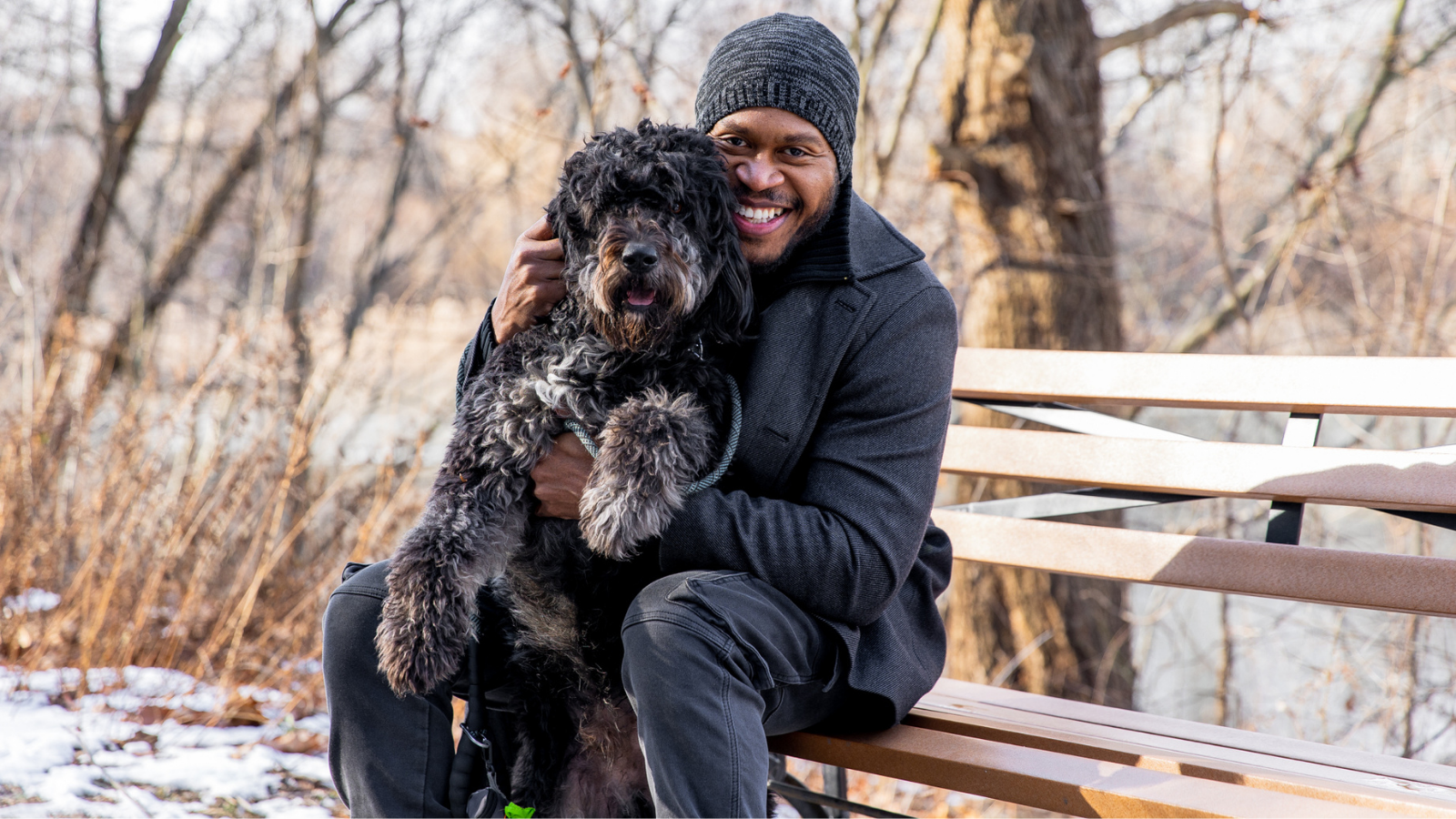 Derrick Williams (and his pup Rocky) from the cast of The Book of Mormon | Photo: Rebecca J Michelson/Theatrely

For many actors, after a long 8-show week, their one day off is time to rest and recharge. This week, we caught up with Derrick Williams (and his pup!) from The Book of Mormon to spend an afternoon with him. Get to know a bit more about Derrick in his #DayOffDiary:

Where might we find you on your day off? You will USUALLY find me home. With the Broadway schedule and having just one day off a week, I try not to plan too much — whatever I end up doing will run right into my next work week. I do enjoy taking my buddy Rocky around the pond to look at the ducks and swans.

What got you into acting? My mother put me into a kids community program called CenterStage. She did it because I was pretty shy. Thought it would help me come out of my shell a little bit...I'd say it worked haha!

What was your first ever role? hmm my first EVER role?? Hard to remember ,ya know, because I'm so young. Did some plays in middle school drama club. I guess my first principal role I can remember playing was in my high school repertory for the Wiz. I played the Scarecrow. But I also did plenty of music revues..or is it musical reviews?? I'll let you decide…

If you weren’t an actor, what would you be doing? I honestly believe I would've been a baseball player. I was good...but had to decide what I truly wanted to go for. I couldn't let the stage go so…

If you could describe your experience with The Book of Mormon so far in just one word, what would it be? Happiness.

Who are you jamming to on Spotify right now? Anderson Paak and Bruno Mars for sure

What are you binging on TV right now? Succession. I actually recently started over from the beginning and am enjoying it even more the second time around. I'm also watching F is for Family and Big Mouth. And excited for the 25th season of South Park!

Read any good books lately? It's on my list of things to do haha!

One Instagram account (besides your own, duh), that we need to be following? Not a huge social media guy. I'm up there but not very often. Definitely not up there enough to be giving recommendations on it. I have a very love/hate relationship with social media..about 80/20..leaning more with the hate it side of things.

What is your coffee order? I do enjoy the almond sugar cookie from Starbucks right now.

Pickles on your burgers? Absolutely NOT.

What flavor of cream cheese on your bagel? If any at all, plain or butter.

What is one show you are dying to see on Broadway right now? MJ The Musical.

Favorite musical of all time? I actually LOVED Smokey Joe's Cafe. Saw it everytime I would come up to NYC before I made the move. Set my sights on doing it one day and I joined the National Tour of it 2 years later.

Dream Roles? I would love to play Curtis in Dreamgirls.

Favorite memory of working on Book of Mormon so far? I would have to say coming back after being shut down for 18 months to a full house! Everyone there was so excited to see live theater again! The feeling of doing what you love again after it being taken away from you is like no other. I felt full that night. Grateful...

You can catch Derrick in The Book of Mormon which is now in performance at the Eugene O’Neill Theatre. For tickets and more information, visit here. For more photos, visit Theatrely on Instagram. All photos by Rebecca J Michelson/Theatrely.