Tony Winner Denis O’Hare on Bringing THE GRINCH MUSICAL! To Life on NBC 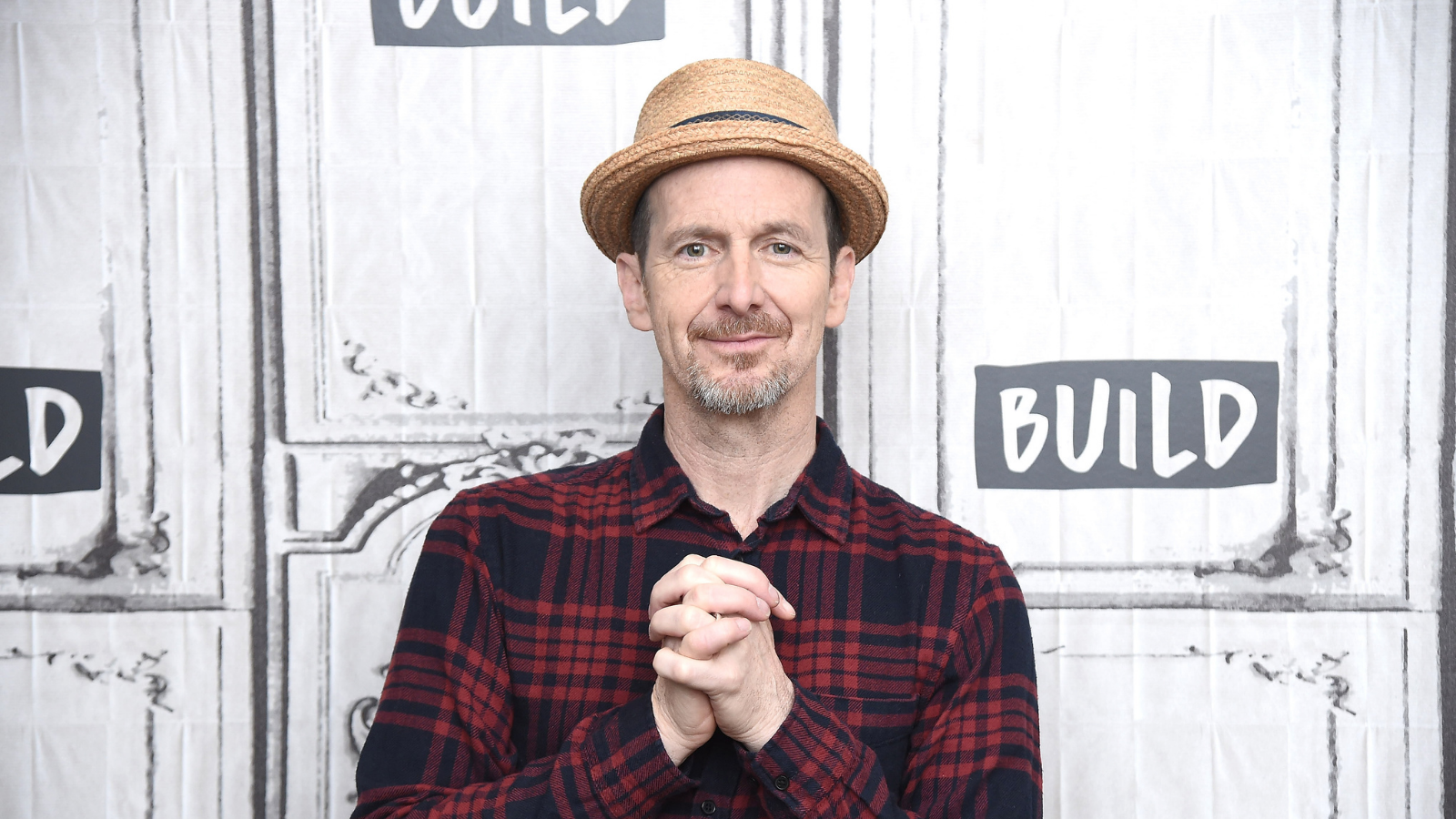 Denis O’Hare is one of those omnipresent actors that continues to pop up throughout all the cornerstones of popular culture. An award winning stage veteran in his own right, O’Hare has certainly made a name for himself on screen with star turns in True Blood, Dallas Buyers Club, and Ryan Murphy’s American Horror Story.

For his latest role, the 58-year-old actor will assume the part of Old Max in Dr. Seuss’ The Grinch Musical! airing on NBC December 9 at 8pm ET. I caught up with the Tony winning entertainer over Zoom from his home in Paris to discuss bringing a musical to life in the times of COVID-19 and what’s next for him.

O’Hare was on vacation with his husband and son in the Caribbean when his agent gave him a ring. “How quick can you make it to London” his rep questioned. “I thought maybe they were interested in me for the role of the Mayor of Whoville,” he chuckled. When O’Hare learned that it was in fact for the role of the Grinch’s reluctant canine co-conspirator, he gave an immediate yes and booked the next flight out of St. Barts. “It's one of my favorite stories in the world. You know, not so great to abandon my family on vacation, but still totally worth it!”

Crafting and rehearing a full blown musical is no easy feat in a normal year, throw in a global pandemic with extreme safety precautions and the degree of difficulty skyrockets. “It was a very tricky process,” O’Hare told me. The cast and crew were on an extremely accelerated timeline with only three weeks of rehearsals before filming. “We had time to have a table read and be in the room - we quickly had to learn the numbers and then to eventually put it all together.” What made this rehearsal process different from other productions he had worked on in the past was that their direction was altered once they got to the studio to film. “You have to change everything for the cameras. Now, we have 10 cameras in front of us and we have a second director who is a TV director who's got a very different job, which is to translate the theatrical vision to a TV vision.” Max Webster, Associate Director at The Old Vic Theatre in London, served as the stage director while Julia Knowles took on the duty for television. In terms of COVID-19, NBC and the production took extreme measures to ensure a safe and healthy working environment. “Once the cast had tested negative, we all had to basically quarantine in a hotel and never leave,” O’Hare told me of NBC’s rigorous COVID-19 precautions. “We were told you know, don't go out, don't see friends, etc. Knowing always in the back of our mind, if I turn up positive, I ruin this for everyone. So it was an incredible amount of pressure for nobody to to get sick, to be responsible. And nobody did. It was incredible.”

Star of stage and screen Matthew Morrison leads the cast as the titular green curmudgeon. O’Hare shares his duties of Max with BooBoo Stewart (Descendants 3). “On set we referred to my character as old-er Max, not just Old Max,” he joked. Rounding out the cast is an incredible ensemble of London-based actors who make up the delightful citizens of Whoville.

This is not the first time O’Hare and Morrison are sharing the limelight in a stage-to-screen adaptation. They both starred in Kathleen Marshall’s 2005 made-for-television musical Once Upon A Mattress. “I met Matthew back in ‘04 filming and we had a great time creating that. I remember a few years later I got an email from him letting me know that he had booked a new series and hoped I could tune in - and the rest as they say is history.” That new series was of course Glee which premiered back in 2009 and has skyrocketed Morrison to becoming a household name.

Theodor Geisel, or as most of the world knows him Dr. Seuss, originally published his famous holiday story back in 1957. “I was raised on that cartoon, I remember that we watched it all the time. It’s such an amazing piece - I must have been six or seven when I first saw it,” O’Hare said. Over the years, The Grinch has had a number of high profile adaptations including the 2000 live-action feature starring Jim Carrey and a 2018 computer-animated one with Benedict Cumberbatch but O’Hare always seems to return to the classic 1966 animated TV film with narrations by the great Boris Karloff. “I am a huge fan of horror and monsters in general and so I knew Karloff very, very well from that movie. Karloff was like a hero of mine and to have him playing the Grinch is just such an incredible coup.”

But what is it about the beloved holiday tale that keeps families coming back every year for generations? “It’s so great because it talks about commercialism and materialism in a way that's so advanced, just like The Lorax talks about environmentalism. We have the Grinch talking about how gifts don't matter and it's the thought that counts - which is such an amazing message which we can all use right now,” said O’Hare. ‍

The Grinch Musical! is NBC’s latest television musical production, which started with The Sound of Music Live! starring Carrie Underwood in 2013. I wondered what O’Hare thought should be the next venture into bringing Broadway to the small screen. “Oh gosh, one that immediately comes to mind would be The Music Man. I just love that show and don’t think it has ever been done in a challenging way,” he told me. A revival starring Huge Jackman and Sutton Foster is currently slated to open on Broadway in February of 2022. While many undoubtedly recognize O’Hare from his almost 100 credits located on his IMDB page, he is also an extremely gifted musical theatre artist. “I do love musicals, I dip my toe into the Broadway world every seven years or so,” he joked. He was last seen as The Baker in Sondheim’s Into The Woods with The Public Theater back in 2012 and he won a Tony Award in the 2003 hit play Take Me Out. A Broadway revival of the famed baseball tale is scheduled to be produced by Second Stage when live performances return to New York.

And as for this year, O’Hare and his family hope to create some new holiday traditions of their own. “We usually travel during this time - our tradition is ‘seek the sun’,” he exclaimed. With the coronavirus pandemic still raging throughout most of the world, they plan to stay put. “This year I plan to get a tree and get some lights. I’ve been searching for a book of French carols to learn. Yeah we will just hang out in Paris, it could be worse!” ‍

Dr. Seuss’ The Grinch Musical! airs on NBC this Wednesday, December 9 at 8pm ET with an encore planned for December 21.