DODI & DIANA Makes for an Adventurous Night Out 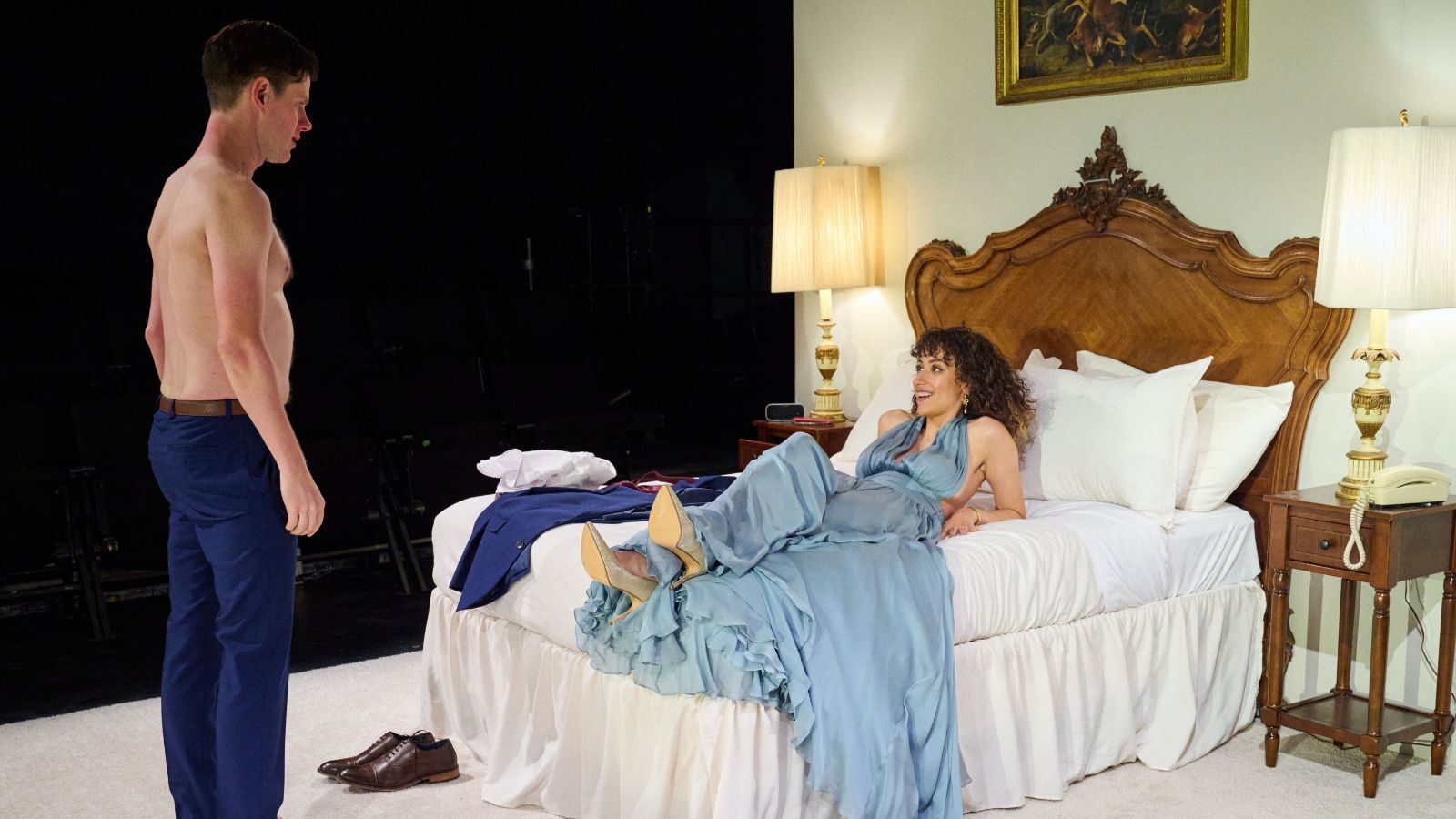 Dodi & Diana is a freaking trip. For the characters, through an astrological shift. For the audience, an experience just as fascinating. The latest from Colt Coeur and playwright Kareem Fahmy is a speeding, high-stakes, episode of The Twilight Zone where sitting in the audience feels like a star-crossed coincidence.

From the get-go, Dodi & Diana is an adventure worth taking. Make sure you bring a friend who is down for a little bit of well-received chaos. HERE, as a space in general, is welcoming, if not bizarre. The performance space is set in runway, a configuration I haven’t seen in years. When you start the evening with an inevitable 10-15 minute pre-show spanse staring at the people across the stage from you, you’re really bonded with your fellow audience members.

What happens then is unlike anything else. The show begins rooted in realism, though the characters and circumstances are a bit lofty. Rosaline Elbay and Peter Mark Kendall play a young, modern day couple who have sequestered themselves into the Hôtel Ritz Paris for a multiple-day sabbatical on the anniversary of the passing of Dodi Fayed and Diana, Princess of Wales. The key here is that our modern day couple establish that they are astrologically similar to the ill-fated lovers and expect to experience a life changing shift on this anniversary. Our couple have their issues: her, a mid-level actress on the brink of new success; him, a finance bro with deep familial issues and a recent tabloid faux-paus. As they stagger on together, tensions (emotional and sexual) rise and secrets shocking in their level of severity are revealed. For so long, each argument is dropped, and the stakes go right back to zero. We tread at surface level until just about the three-quarters mark, when our couple is launched back to 1997, now playing Dodi & Diana themselves (you saw that coming right?)

While the out-of-body change is 100% worth the wait, the text up to that point left a bit to be desired. References to the Emmys, Julia Garner, and current pop culture are more forced than appreciated. The dramaturgy (Kimberly Colburn) is intense: one must have a basic understanding or interest in Princess Diana and a working knowledge of astrology and “returns.” Anyone who does not take note of the portrait above the bed, or know the mythology of the name Diana, will find themselves lost in spanses of dog-like panting and sound cues (Hidenori Nakajo, bold choices). Luckily, I went in with this knowledge and had a great time.

The production does take excellent advantage of its space and setting, with scenic design (Alexander Woodward) and lighting (Eric Norbury) transporting the singular suite through space and time… and maybe a tunnel in Paris. Director Adrienne Campbell-Holt (also the Founding Artistic Director of Colt Coeur) leads the duo of Elbay and Kendall to play multiple layers. Unlike recent incarnations (Diana the Musical, Spencer, The Crown), this Diana-playing actress wasn’t made over into a twin-like portrayal. Instead, the performers don clothing reminiscent and drop into speech patterns and accents that are more a nod to history than an impression. In a way, this choice further complicates the mystery of the text, egging audience members to believe maybe, just maybe, the stars did align for these two couples to lead parallel lives.

A foray into eerie iconicism, Dodi & Diana is for the adventurous. It will ask you to think and to suspend scientific reason and skepticism, but for your time it will transport you right out of SoHo, that’s for sure.