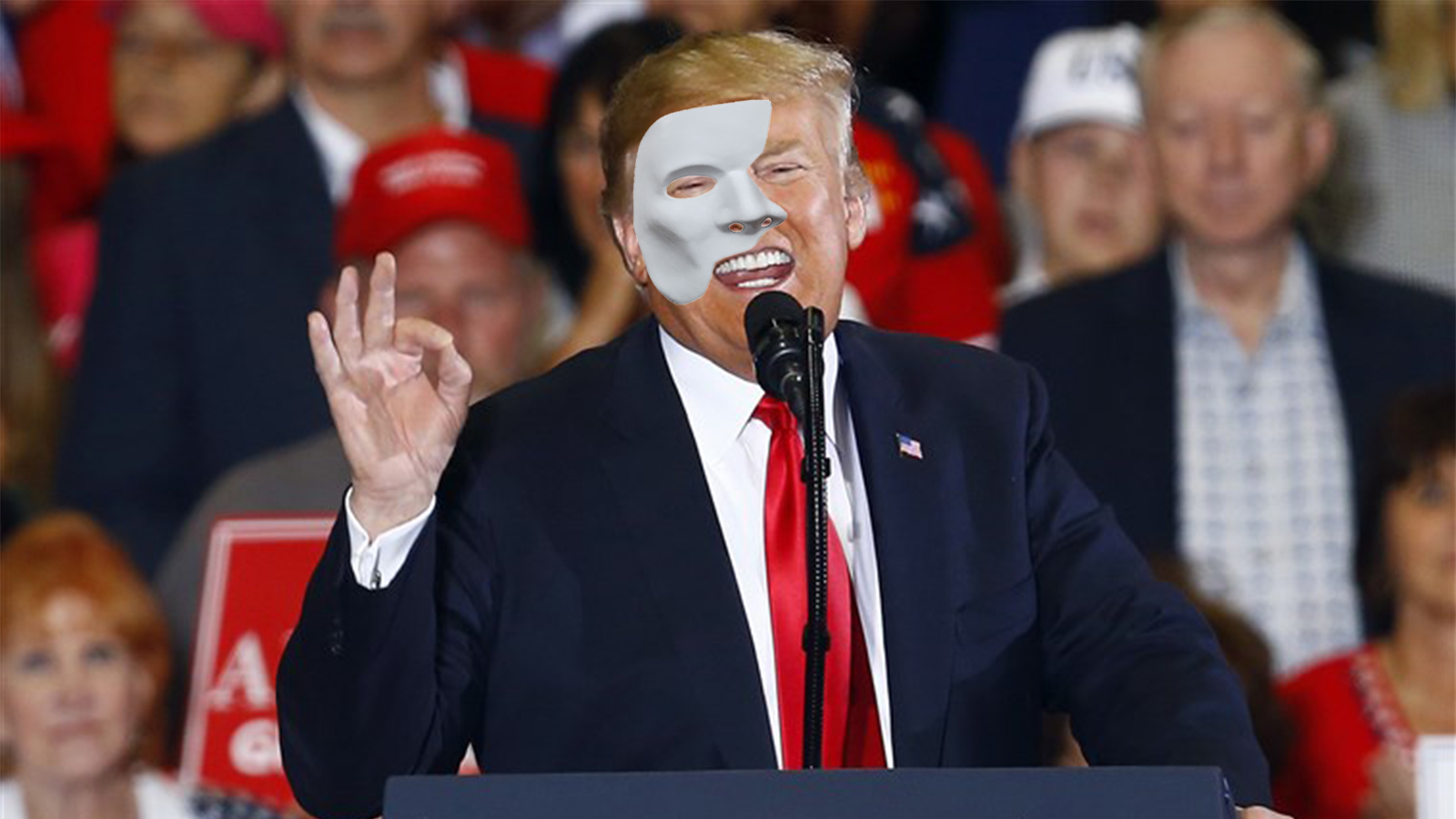 Inspired by the @TrumpMusicals profile picture on Twitter
By
Kobi Kassal
No items found.
on
Category:
Features

As his time in the White House comes to a close, President Donald J. Trump leaves his position after four years of divisiveness. Let’s rewind the clock to November, 18, 2016, a mere eight days after the election. It was a quiet Friday evening when then Vice President-elect Mike Pence attended Hamilton on Broadway and was treated to a post-show speech by Brandon Victor Dixon, the actor playing Aaron Burr at the time, and the entire cast. The statement went viral across social media and led Donald Trump to tweet his disdain. “The cast and producers of Hamilton, which I hear is highly overrated, should immediately apologize to Mike Pence for their terrible behavior,” he posted at 6am a few days later.

Tonight, VP-Elect Mike Pence attended #HamiltonBway. After the show, @BrandonVDixon delivered the following statement on behalf of the show. pic.twitter.com/Jsg9Q1pMZs

It was that moment that led actor, writer, and director Brandon Monokian to create Theatre Critic Trump, a humorous parody account on Twitter which has since garnered over 10,000 followers tweeting comical takes on the industry and jabs at almost every actor in it. I spoke with Monokian by phone to reflect on the past four years, and what is next for his account.

“When the election happened in 2016, I was just devastated,” Monokian said. “I was in a pretty self-destructive place, as I think that many people were. I was just sort of watching in horror all of these things happening.” It was then that he saw the news of Pence being booed at Hamilton and Trump’s subsequent tweets that he had the idea for the account. “I was like, does this orange motherf***** think that he's a theatre critic now? The idea just popped into my head,” he said.

Since then, Monokian has logged over 9,000 tweets as a satirised version of the President where no topic was ever off limits. From criticizing the latest shows to poking fun at non-equity actors—a favorite of his to make fun of—Theatre Critic Trump has run the gambit and is never afraid to speak his mind.

Non-Equity productions after they spend their entire budget on rights for the show so they need to cut down on cast size pic.twitter.com/eEWyAPIzys

I wondered if Monokian had any favorite tweets over the past four years and one immediately came to mind for him. “This one means the most to me, it's this video of an acting exercise where they are being chickens,” he replied. The scene comes from Happy Yummy Chicken, a “musical mockumentary” that Monokian wrote and produced which can now be seen on Peacock. “It’s definitely the closest thing I have done on Twitter that’s been close to being what you would consider viral. I remember Sarah Hyland retweeted it and all these other folks which I really loved and respected, so that was very special for me.”

PARENT:
What did you do in school today?

The @TrumpMusical Twitter bio reads "Yuge fan of CATS"—an allusion to the now infamous Access Hollywood tape where President Trump joked about grabbing women by their genitalia. “I tweeted about Grizabella and wanted to mock that disgusting thing that he had said. Someone then pointed out that they play ‘Memory’ at all of his rallies as warm up music so it’s all just hilarious.”

Grab them by the Grizabella.

I asked Monokian if he has ever received any backlash from the President’s fanbase. “Very, very, very rarely. I think I once made a joke about Barron wanting an Easy Bake Oven after seeing Waitress and some were upset,” he mentioned. Monokian credits this to the specificness of his account. “I don’t think they understand, they don’t get the jokes because it's all really niche about theatre.” The account has also transformed throughout the four years. “When I was first starting out, I think it was much more of a political satire to it. I would review all of these musicals as Trump but eventually I ran out of shows to do so it started becoming just the worst theatre person imaginable.

All Barron wanted for Christmas was tickets to see Waitress and an Easy Bake Oven.

As the President prepares to leave office, so too will Theatre Critic Trump. “It’s done. It’s ending,” said Monokian. “I think that four years is enough of this character.” Monokian is still unsure what will become of the account but he is certain it is time to put the character to rest for now.

Reflecting back, Monokian is proud of the work he has done over the past four years. “I've had a rough four years, and especially this last year, so it's been nice to just be able to connect with people and to laugh together at a time where there are some days I don't know how to get out of bed, let alone laugh. So the fact that we could laugh and just kind of push through together has been very nice—and at a time that there's a short supply of niceness.”

When I cut the NEH and NEA, your BFA will be even more worthless than it already is! Sad!

And as for any parting words to Theatre Critic Trump, all Monokian has to say is, “Good riddance. It’s time to exit stage left and never come back!”