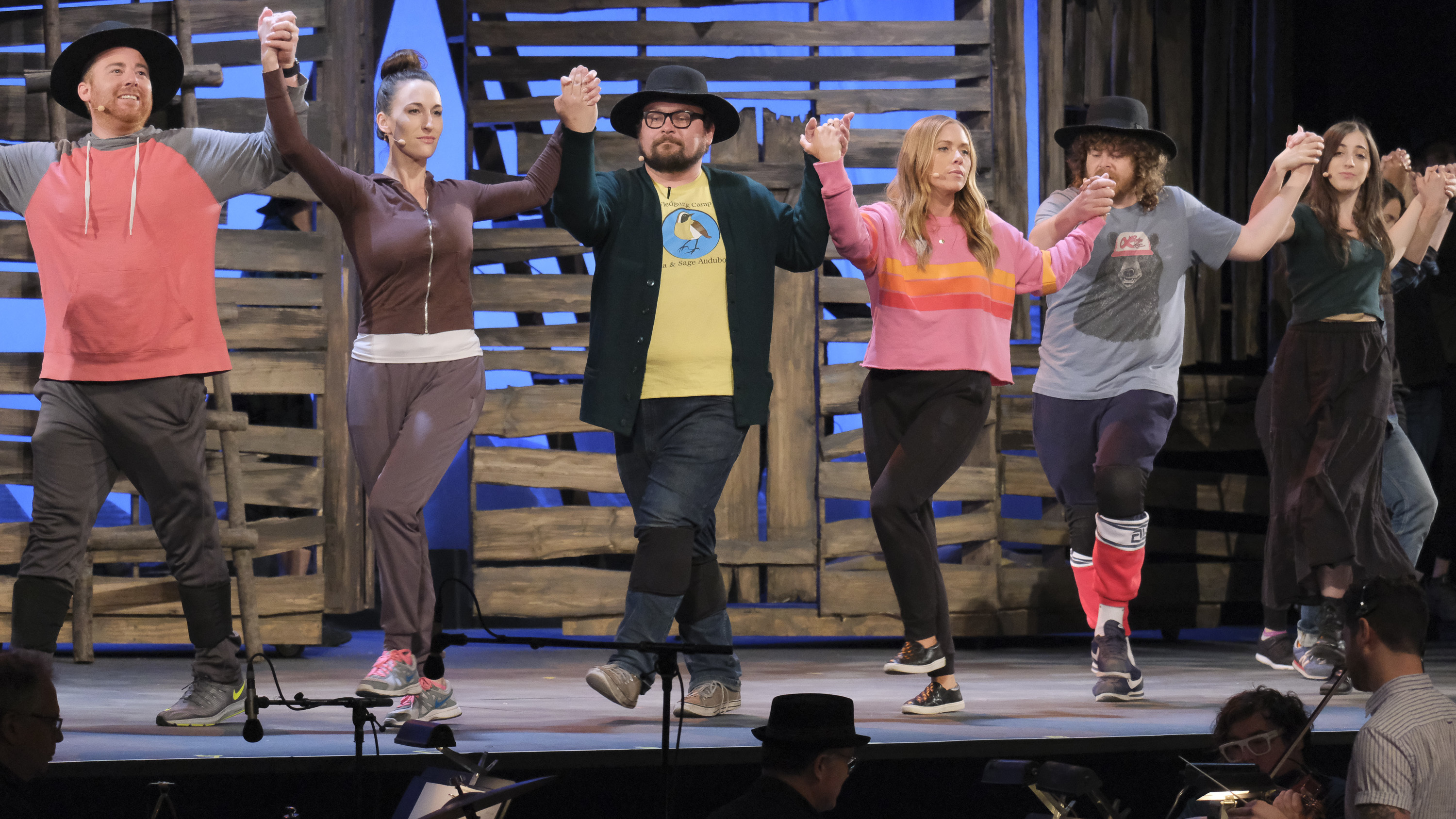 Encore! - "Fiddler on the Roof" (Disney+/Tony Rivetti)
By
Jamey Miller
No items found.
on
Category:
Features

Theatre and television extraordinaire Jamey Miller is back with his take on another episode of Encore! now streaming on Disney!. See what happens when they bring the cast of Fiddler on the Roof back together after almost 20 years:

Nostalgia. It’s the driving force of Fiddler on the Roof, which tells the story of a changing family in a changing Russia in 1905. The famed musical tells the story of Tevye, a Jewish man who longs for the days when his daughters were young and his community was uninfluenced by the Russian Revolution. It’s also the driving force of Encore!, Kristen Bell’s new Disney+ show which brings back casts of high school musicals to reminisce on the magic of theatre and the good old days. After 18 years of sunrises and sunsets, the cast of Katella High School’s 2001 production of Fiddler on the Roof came together for a revival performance in this week’s episode of Encore!‍

The week brought many surprises for Encore! viewers. For one, we had a couple of new creative team members helping out: Chase Brock, the choreographer of Be More Chill, and Peggy Hickey, choreographer of the recent My Fair Lady revival. Additionally, Adam Wachter returned for his one millionth Encore! production. (You’re a hard worker, Adam!) Last but not least, for the first time since the pilot episode, Kristen Bell returned to workshop scenes with the cast of Fiddler.

Kristen’s return in this week’s episode is the best moment of the episode, and also one of my favorite moments in the entire series thus far. After surprising them during a dress rehearsal, Kristen is asked by Chase to help out one of their encore performers, Angela, who is having trouble nailing the role of Hodel. Chase thinks Kristen may be the perfect person to help with the issue. Angela plays Hodel a bit too princessy, and she needs to get more of the grit and imperfections of the role. In a moment that had my mouth agape, Kristen Bell reflects on her Frozen journey and the development of Princess Anna. Bell describes the original take on Anna as very perfect and proper, but then explains how she wanted to make Anna more like a real young girl: loud, energetic, and human. Angela’s performance of Hodel changes immensely after the conversation, so much so that I actually screamed “YES Angela!” at the screen. Truly a miracle of miracles.

There were also wonder of wonders abound in Encore! this week. Roger Love, renowned vocal coach, stops by to help a wanna-be rockstar, Dustin, learn how to sing in musical theatre style. Dustin is given the role of Motel for the week, and needs to learn how to sing “Miracle of Miracles” without sounding like Steven Tyler. If anyone is looking for a Hanukkah gift for me, please consider embroidering the sentence “not a whole lot of rock stars have played the role of Motel” on something.

While the week’s Encore! did not feature the emotional segment where each actor reflects on their high school self, I still found the episode quite moving. The show Fiddler, in itself, encapsulates the message of Encore! Theatre is a tradition, and every theatre community becomes a family. Through changing times, even eighteen years of changing times, the 2001 Katella High School cast, just like Fiddler on the Roof, reminds us that family is forever.

'Encore!' is now streaming only on Disney+