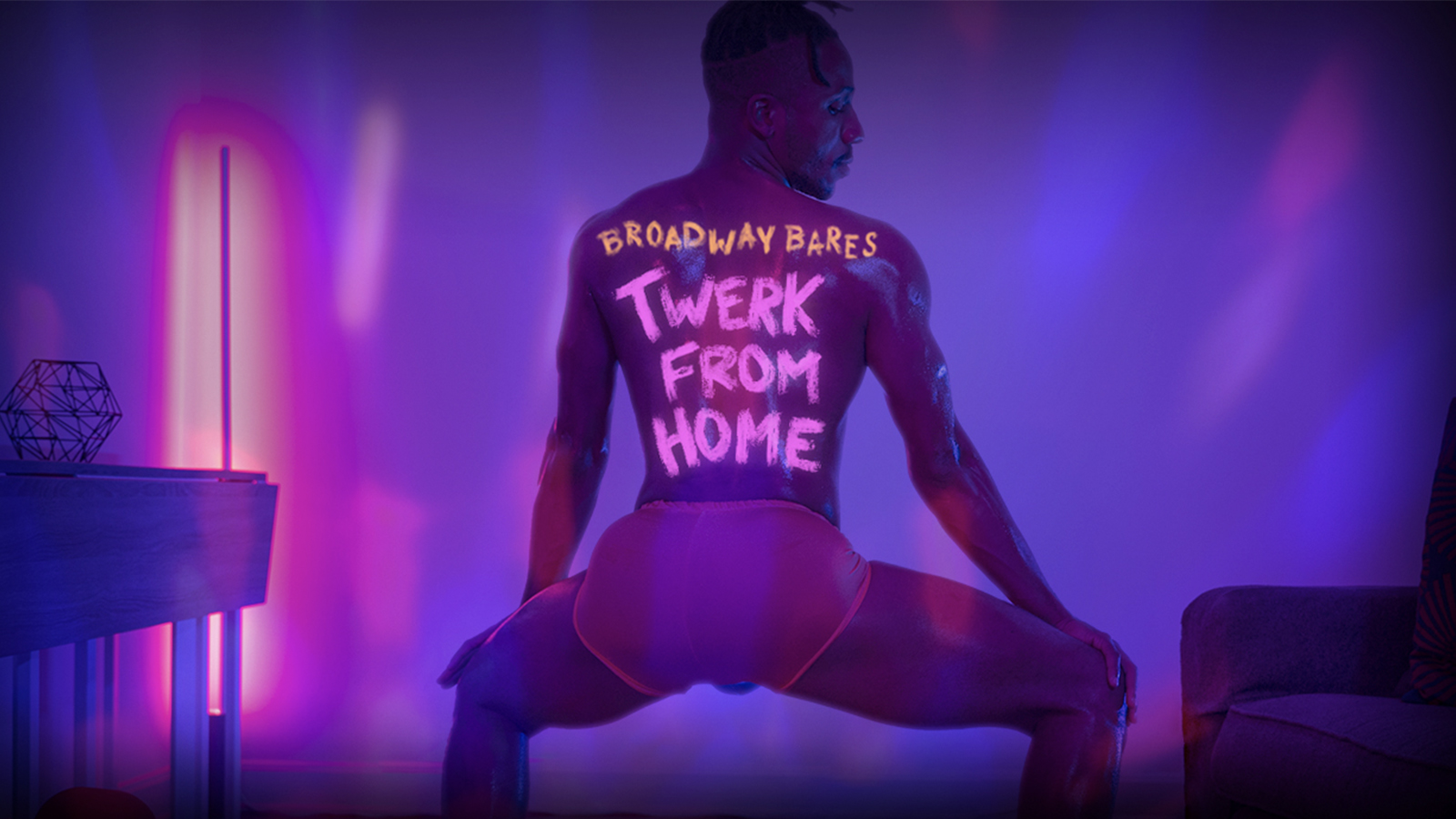 A company of Broadway Bares favorites and newcomers more than 170 strong will combine forces to light up screens for Broadway Bares: Twerk from Home in its online premiere Sunday, June 20, 2021.

In Broadway Bares: Twerk from Home, 14 all-new concept videos put a tantalizing twist on being stuck at home. The cast breaks the monotony of working from home, in numbers that put the “tart” into at-home baking and deliver the perfect package to your doorstep.

The free and frisky stream, which for the second year replaces the in-person event because of the pandemic, streams at 9 pm Eastern. It can be watched at broadwaycares.org/bares2021, on Broadway Cares' YouTube channel, broadwaybares.com and on streaming media partners BroadwayWorld.com, iHeartRadioBroadway.com and Playbill.com.

Celebrating bodies of every shape and size, the cast of Broadway Bares: Twerk from Home knows the best part of getting dressed up is the undressing. Combining its signature blend of dance and striptease with cinematic filming techniques, Twerk from Home is a more up close and intimate Bares than ever before.

In the show, NYC’s hottest dancers will perform sizzling numbers created across the city under strict COVID safety protocols.

Though the stream is free, donations are welcome. Every dollar donated will help those across the country affected by HIV/AIDS, COVID-19 and other critical illnesses receive healthy meals, lifesaving medication, emergency financial assistance, housing, counseling and more.

VIP and sponsorship opportunities include pre- and post-show virtual parties, chats with the creative team and lead dancers, and recognition during the show. Sign up now.

Broadway Bares’ 30th anniversary celebration, originally set for June 21, 2020, was postponed because of the COVID-19 pandemic. The in-person event is set to return in 2022 and will mark the 30th anniversary milestone then.

Broadway Bares was created in 1992 by Mitchell, then a Broadway dancer, as a way to raise awareness and money for those living with HIV/AIDS. In Broadway Bares’ first year, Mitchell and six of his friends danced on a New York City bar and raised $8,000. Since then, Broadway Bares has raised more than $21 million for Broadway Cares.

Last year, tens of thousands of fans around the world “Zoomed In” to watch the first-ever digital edition of Broadway Bares, which raised $596,504 for Broadway Cares. The show included original numbers, unforgettable moments from past in-person editions, insider stories and special guest stars from the event’s 29 spectacular years.