HI, ARE YOU SINGLE? Shines at Woolly Mammoth — Review 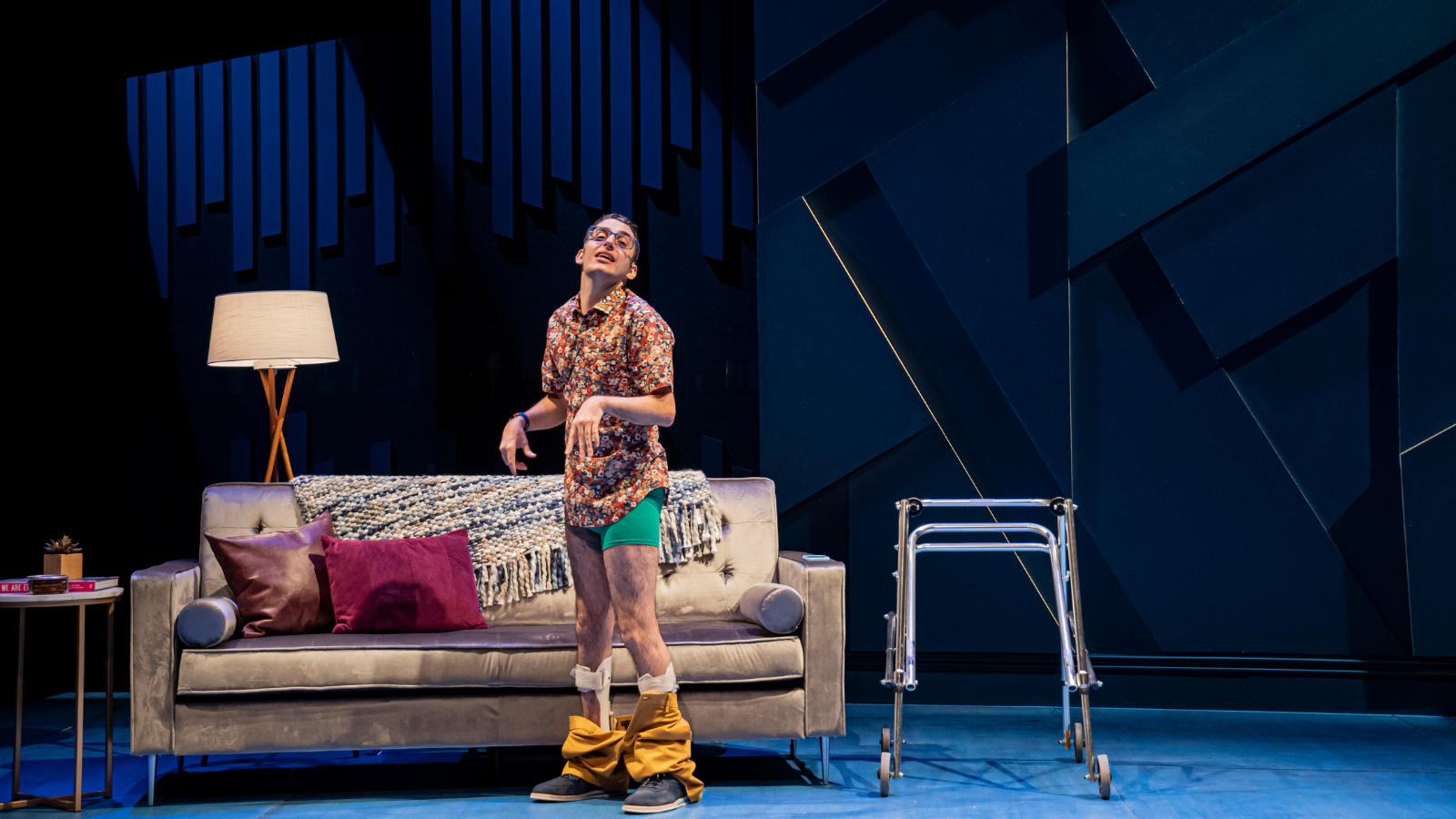 Ryan J. Haddad really loves sex, and he is not afraid to let everyone know. Haddad breathes vivid life into his one-man autobiographical tale of growing up as a gay millennial while balancing relationships and hookups with his cerebral palsy. Hi, Are You Single?, from Woolly Mammoth Theatre Company in association with IAMA Theatre Company, is the perfect vehicle for Haddad to take us along his romantic journey in what is one of the most touching and poignant pieces of theatre this critic has seen throughout quarantine.

Known for his breakout performance in Ryan Murphy’s The Politician on Netflix, Haddad has been delighting audiences with his exceptional comedic charm and wit.

From gay bars in small town Ohio to Hell’s Kitchen, over the course of the performance Haddad chronicles his own coming of age narrative as a queer young actor who must confront his disability in a new way. As he walked in the door to his first gay bar in Manhattan, the first thing he saw was a staircase. As a man with cerebral palsy, this doesn’t act as a welcoming, all-inclusive space that he had once imagined in his mind it might be.

Haddad discusses how he was forced to confront his disability in a new way when he realized he was gay. He was confused, he was excited, he realized that he didn’t even know if his hips could sustain the intense thrusting necessary to engage in the intimate acts that he so longed for. “Gay bars were created to be safe spaces for outsiders... so why not me?” he pondered.

Haddad started working on the play when he was an undergraduate at Ohio Wesleyan University and has since toured the country with the show, making stops at the Public Theater’s Under the Radar Festival in 2017 and at The Guthrie in 2019. This production marks the first fully fleshed out run, complete with a stylishly chic set by Lawrence E. Moten III, who along with designing the costumes has an incredibly moving moment with Haddad midway though the show during some audience participation. I have to give many props to co-directors Laura Savia and Jess McLeod whose tone for the piece walks the perfect balance between humanity and debauchery.

The performance was filmed last November at the DC venue with a limited in-person audience composed mostly of staff and creatives. Haddad is if anything a showman, interacting with his guests all while maintaining the pre-approved social distance. He commonly refers to us, the audience, as darlings and makes it feel as if we are old friends just catching up over mimosas recounting his latest escapades. Running just under an hour in length, the performance is beautifully captured for the screen and makes the at-home viewer yearn for the days of in-person theatre.

This touching show draws the audience into his world offering a unique view that we commonly don’t get to see. Hi, Are You Single?is the type of performance that makes you laugh as much as it makes you think. So grab your margarita and dive into Haddad’s world where belonging and community has a front row seat. Cheers!

This film has captioning and audio description available.

“Hi, Are You Single?” streams now through February 8, 2021. For more information, visit: www.woollymammoth.net‍