IN THE HEIGHTS’ Daphne Rubin-Vega on the Power of Representation 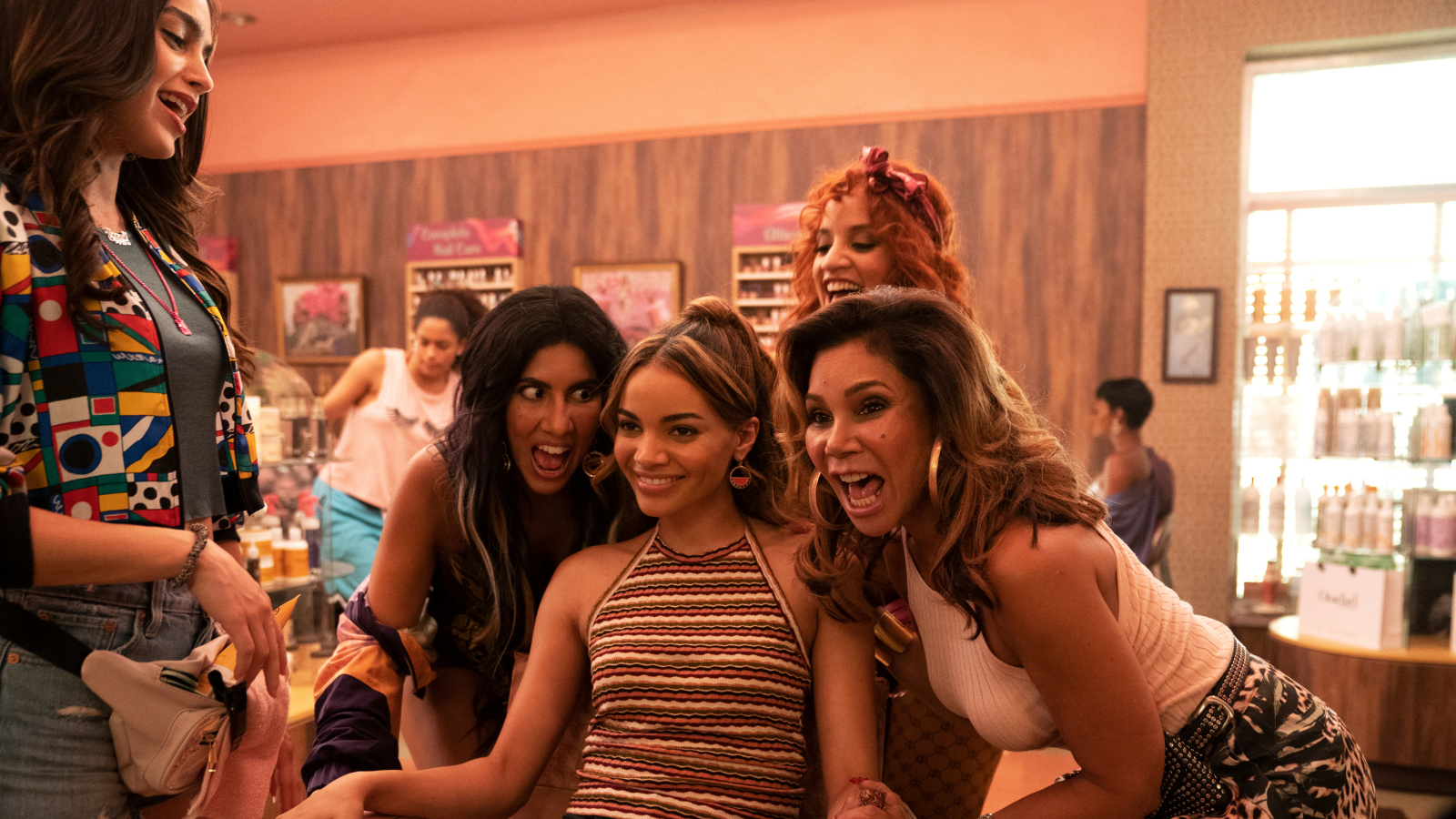 Daphne Rubin-Vega has been theatre royalty since she burst onto the scene as the original Mimi in Rent. While her role in that blockbuster show secured her status as a Broadway legend, the Panamanian-born actor has continued a steady streak of diverse roles onstage and onscreen. In the upcoming film adaptation of In the Heights, based on Lin-Manuel Miranda’s breakout musical, audiences can catch up with her indomitable star power as the vivacious salon owner, Daniela.‍

In the Heights, which follows an ensemble of Washington Heights residents as they sweat through the hottest days of the summer, is an electrifying ode to Latinx immigration and persistence. I caught up with Rubin-Vega on Zoom to talk about her career, and why she thinks the film is a landmark for movie musicals and Latinx representation.

“You don't know what you're missing if you've never had it,” Rubin-Vega said. “The wordless power of being in a space that looks like you—where what you look like, and your culture, are normative—speaks volumes. To render that on film, in a classic way that pays respect to the best of what filmmaking has to offer, is like finally being able to inhale a full breath of air and take up space.”

The actor, who has twice been nominated for the Tony Award, noted a difference between her own theatrical upbringing and the one her young castmates are currently experiencing.

“I was one of those children who grew up in spaces that didn't look like me, and I was told that I was very privileged to be in those spaces—and I was,” she said. “But the consequence of that experience was feeling othered, like I was lucky to be there and that I didn’t have anything to bring to the table, but rather that I was there to absorb what was there.”

“Carnaval del Barrio,” a rousing anthem of Latin-American pride led by Daniela, sees the entire neighborhood wave their national flags. Rubin-Vega said the scene proved “transcendently beautiful” only after seeing the final cut of the film.

“When we shot that scene, there were only a few kinds of flags, and being a Panamanian I wanted to see Panama's flag,” she said. “I was told not to worry about it because they were going to CGI it in later. Cut to when I first saw the film and I saw not only Panama, but all the flags represented, it gave me a physical experience of being seen. It sounds very tropey, but it has a cellular response in your system where you feel a little less crazy and a little more belonging in the world.”

Daniela, a community leader due to her ownership of a busy, gossipy salon, flexes her matriarchal power throughout the film.

“One of my favorite lines of Daniela's is, ‘We survived slave ships, Taíno genocide, conquistadores and dictators.’ That spirit of, ‘What do you mean you can't deal with the heat, or this adversity right now?’——that's her,” she said. “It was a great moment of recognizing the power of representation.”

Though director Jon M. Chu is not Latinx, Rubin-Vega said his “generosity of spirit” and “fully-blossomed” artistry made him fit in with the mostly Latinx cast and crew.

“Everyone involved was brought in because they were experts in a specific field,” the actor said. “There was enough attention and reverence and resources implemented to find those people. I mean, these people are ridiculously talented, and that elevates the atmosphere on another level; it's quite remarkable.”

Rubin-Vega calls herself an uncredited “secret weapon” of the musical’s original Broadway production: she voiced the radio announcer at the top of the show who warns the Heights inhabitants of the coming heat wave. She said she was happy to help Miranda on his Broadway debut, knowing his popularity would soon explode.

“When I think of Lin as a young cuz, it's because I've watched him come into this community and change it so dramatically,” Rubin-Vega said. “When I came into the New York theatre community, I was a part of something bigger that changed the face of Broadway. When you saw Lin coming, you recognized that——in addition to the fact that he's Latino.”

Like Miranda, Rubin-Vega’s mere presence demands recognition. Despite a career of playing roles as profoundly off-beat as Magenta in The Rocky Horror Show, and Stella in a multiracial Broadway revival of A Streetcar Named Desire, she said she does not seek out roles for their political significance.

“I was once asked why I chose such politically-charged roles,” she said. “I wondered what they meant by that, but I think that by dint of the fact that I inhabit a role, the role is perceived differently. When I play a role, it brings attention, or lack thereof, to what it is to be an actor in this body. I'm happy to bring that element into my work.”

‍In the Heights is released in theatres and streaming exclusively on HBO Max on June 10.