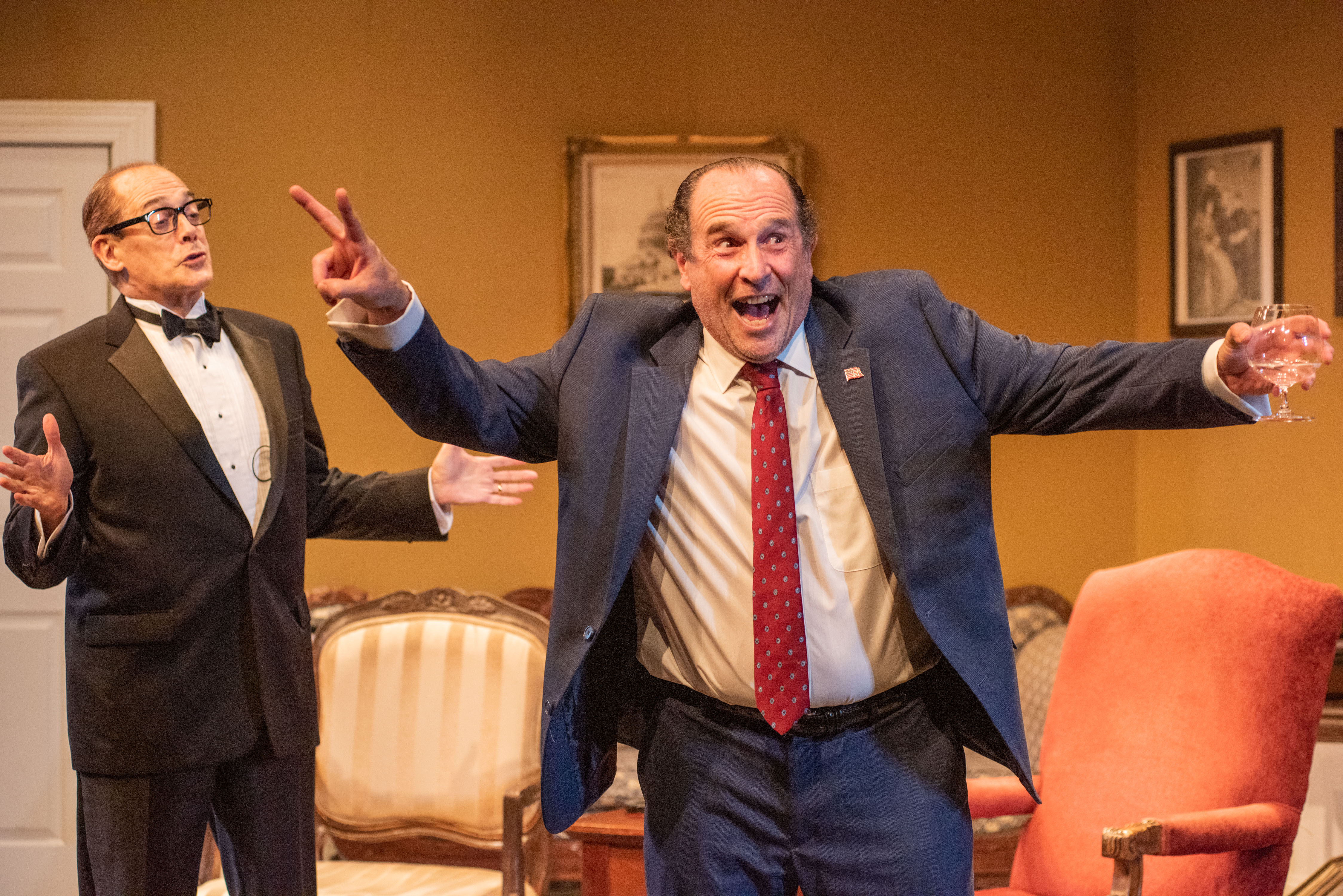 Theatre Talk Boston (henceforth TTB) spoke with Mr. Kissel after a matinee performance of Nixon's Nixon currently playing at New Rep Theatre until October 6th. Over the phone we spoke about landing the role, the fast rehearsal process, and finding his own Nixon.

TTB: To start off, I was wondering if you could describe what Nixon’s Nixon is all about?

Jeremiah: Well, if you dig down deep through the layers it's really about people, the lives they lead, the history they worry about leaving, and how they're perceived as they as they exit.  The play is centered around Nixon and Kissinger the night before the resignation so there's plenty of political maneuvering and attempts that getting out of trouble and some nasty trips down down memory lane for that period of time. Ultimately if you're talking about theatre, you're talking about a story of human beings.

TTB: Were you familiar with the play?

Jeremiah: You know - it's funny - it was 2002 and I actually was hired to understudy Nixon. These two guys did the show all over the world and one of their last stops was here in Boston at the Huntington Theatre Company. And ya know...if one of these two guys had passed away at 5:00 and died, he would have gone on at 8:00.  They didn’t need understudies but they had to have them by contact...so I was familiar with the show.  I kept crossing my fingers hoping it would be easier to learn the lines now because at one point I knew I knew them!

TTB: That’s so funny! What attracted you to this production here at New Rep?

Jeremiah: Well I actually got an email from the theatre saying “Do you want to play this part?” Here is a funny little tale: I got the email when I was in New York City doing a production of a play called Imagining Madoff which I had also done at New Rep which I had also done with Joel [who plays Kissinger] and it was directed by Elaine Vaan Hogue who directed this one! Anyways - I was doing that play in a different production down in New York with Gerry Bamman who actually won an OBIE Award for Nixon’s Nixon!

TTB: What a small world! Walk me through the process of creating your own Nixon.

Jeremiah: Well first of all it's fast...because the rehearsal periods are much shorter than they used to be and the New Rep spells shorter with a capital S. The process is: use the time you've got, you always use all of it whatever it is, and for me it's the same in any place - it is to find the positive.  Forward looking intention - always try to find what is good. Especially when you're playing someone who's perceived by everybody, as you know, on the other side of positive. Yeah, you need to you need to play positives on stage. No play is about doing evil - even if you are cutting a baby’s head off on stage you are doing it because it is the right thing to do!

TTB: Now you don’t just get to play Nixon...you get to roleplay as many different characters from throughout history...do you have a favorite you get to do?

Jeremiah: I love to do them all! Kissinger is called on to do most of them but the one I do most and I love doing is Brezhnev. I think Nixon feels a real kinship with Brezhnev, he really loves him. I love getting to play him because I love the way he behaved.

TTB: How have the audiences been responding?

Jeremiah: It has been interesting for sure. This play runs the gamut with folks. You can feel them freeze up when certain topics arise because it does scratch cellular memory in people. It is so interesting to watch them every night just as they watch us.

TTB: Of course! And what do you hope they get out of this performance?

Jeremiah: We need to focus on the deeper points of being human, and how we all have to face certain things in our life. What I hope is that the human experience you leave this play with is: I am going to be more of a better human tomorrow so that when I have to sum up my life - I’ll be very happy at the end with what I did.