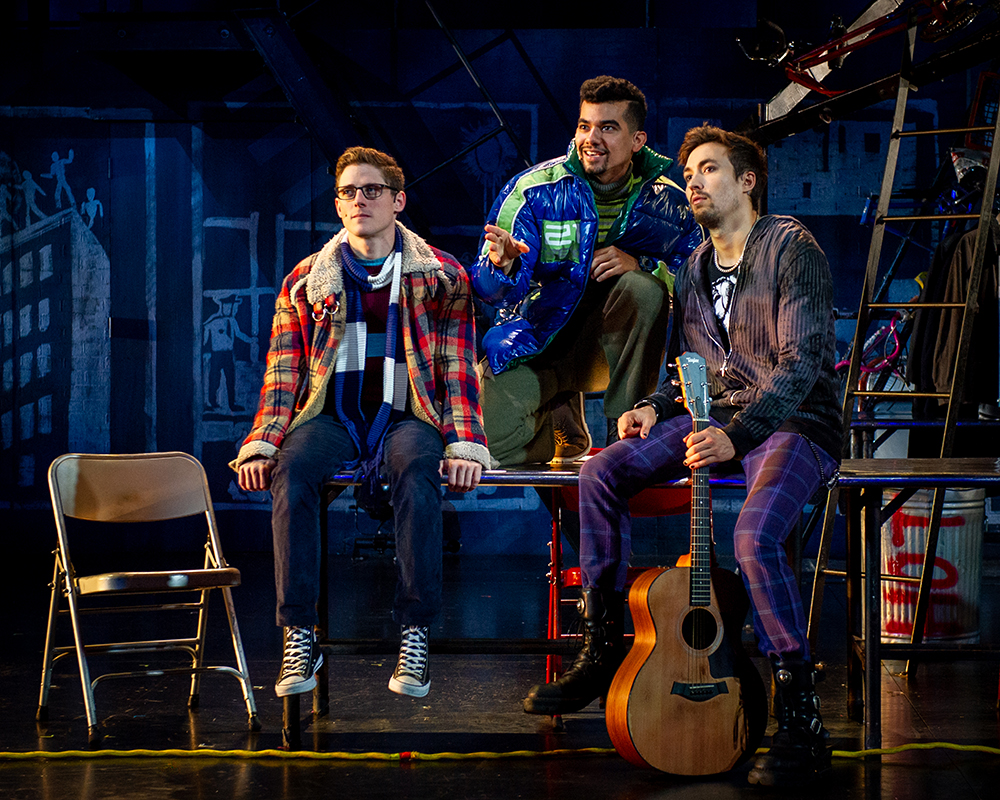 Theatre Talk Boston (henceforth TTB) chatted with Juan Luis Espinal from the National Tour of Rent. Read below about finding his character of Benny, his thoughts on Rent Live, and proposing to his fiancé at the stage door.

TTB: For those who don’t know–and I don’t know who doesn’t know Rent–but tell us what it’s all about?

Luis: Rent centers on a group of friends–artists–who power through life with their struggles and love. It's about support and community and about living in the moment. I play Benny, the landlord, and it really focuses on being present and loving those around you.

TTB: Tell me about your first experience with the show. What was your first time–did you hear the soundtrack? Did you see the movie?

Luis: Yeah. So, my best friend when I was 16 years old sent me a song. She told me I had to stop what I was doing and listen to it immediately; I used to live in the Dominican Republic back at that time. When I put it on it ended up being Seasons of Love and I went crazy. I ended up playing it over and over again. Immediately I started researching what this song was from and saw that they were making it into a film. And the movie changed my life. It really touched me deep and moved me. I loved it so much.

TTB: So then fast forward to 2019. What does it mean to you that you're starring in the 20th Anniversary Tour of the show?

Luis: It's such an honor. First of all, because I am an immigrant and I am Latino. With all the things that are happening in this country right now, I feel like I'm creating a path for people like me. And I am the first Latino to ever play Benny in this setting, so it’s a great honor but it’s also a great responsibility. I am–you know–standing for my people and it's just a dream come true.

TTB: I must ask… what are your thoughts on Rent Live?

Luis: My thoughts on Rent Live... yeah, so I have to say that it was different. There are things that I didn't like and then others that I really did. I feel like the message was still there–the importance of the show was still there. There are performances I liked more than others like to be honest with you. I loved Vanessa Hudgens.

Luis: I don't know if it's because I am a fan of hers, but I love her, and it was such a different take. And it was a different way of telling the story. That is why I love art–it is so subjective.

TTB: Why should Boston audiences come see the show?

Luis: Because Rent change lives and this message of love is something everybody needs to hear. We live in a world now that’s lacking of love, lacking of acceptance, lacking of tolerance and all the things we bring in with this show.

TTB: And I saw on Instagram that you just engaged! Congratulations!

Luis: It was so great. I was so happy because my we've been together for seven years. As soon as I thought about it my cast was super supportive and they were like, “oh my God, we need to do something!” They wanted to sing the “oooohs” from Seasons of Love and I was like, “okay, let's do it!” I was so nervous. But yeah, it was just super sweet and super intimate even though I did it at the stage door and a lot of fans who just saw this show were there. But yeah, a lot of my family was there, and it was an awesome experience.

‘Rent’ plays the Shubert Theater at the Boch Center until Nov. 10. Tickets at: www.bochcenter.org