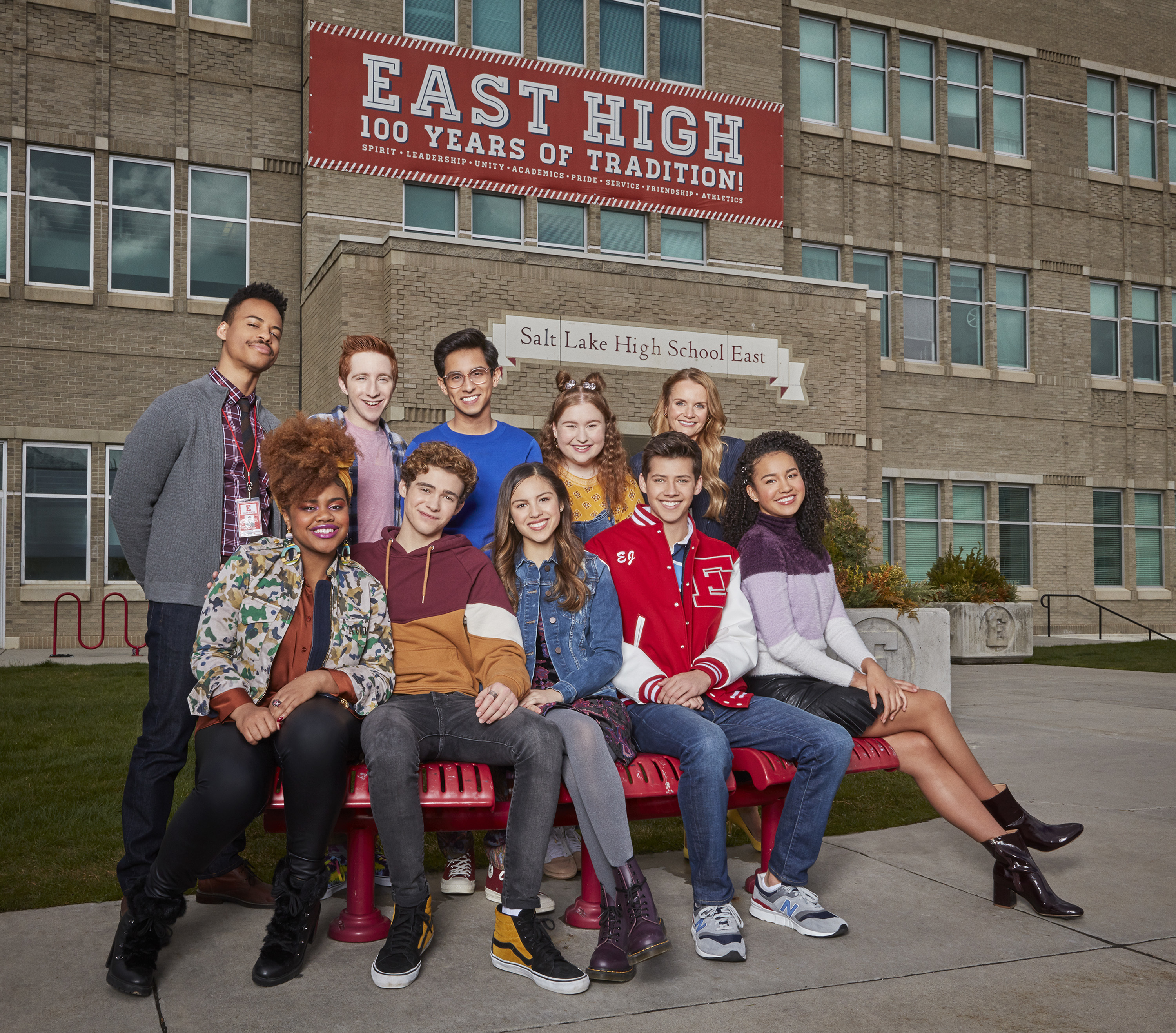 Theatre Talk Boston (henceforth TTB) caught up with Julia Lester from the new Disney+ series High School Musical: The Musical: The Series. Read below to hear about her love for the original franchise, her passion for theatre, and what musical she thinks the Wildcats should do next! (Hint–it’s a little Sondheim!)  ‍

Julia: So, High School Musical: The Musical: The Series is a 10 episode series that takes place 13 years after the original movies were filmed–so we're in 2019. It follows the students who go to East High where the original movies were filmed because it is a full functioning high school in Salt Lake City, Utah. It's about those students putting on a production of High School Musical for their winter show for their theatre program. We see who's going to get cast, and drama onstage and off, and just–you know, all the fun things that go into a high school theater show!

TTB: Tell me a little bit about your character, Ashlyn.

Julia: So, my character Ashlyn is a sophomore–so she is one of the youngest in the cast. She is definitely a peacemaker–she's a really loyal friend and a little bit of an old soul. Ashlyn loves all the hippie stuff so she's always referring to her crystals and she's very in tune with the world. I think she is kind of the middleman for some of the drama that takes place throughout the series.

TTB: Walk me through your initial reaction when you first heard they were turning HSM into this series?

Julia: So, I was actually in rehearsal for a musical that I was doing at the time when I got the email and the log line popped up on my phone and it just said High School Musical: The Musical: The Series and I basically screamed just from the title itself! It is just unreal the fact that we're using the High School Musical title.  I finally opened the email and when I read about it, I just absolutely fell in love with the plot. I know that Disney has been trying to keep the High School Musical franchise alive for a few years. Actually, me and a few of the other cast members auditioned for "High School Musical 4"a few years back when that was in the making. I know Disney is so dedicated to this project and I am so excited for everyone to finally see it!

TTB: So, I know your love for the original franchise is high but I was wondering if you could rank the first, second, and third movie for me because I know everybody has their own rankings of the original.

Julia: Oh my gosh! Well if all of them could be #1 they would be but if I had to choose, I would say oh my gosh... I would have to say the order that they were made. I think I would do 1, 2, and 3–the way that it's already written. I mean you just go from the classic High School Musical to…  you know... and you just keep building from there!

TTB: Did you have a favorite character from the originals?

Julia: Mmhm! So, I'm sure that every other cast member has said this too, but we're all obsessed with Sharpay –she's just such a queen. I mean. Yeah, I love her sass and her drive. We all stan a Sharpay.

TTB: Correct answer! Tell me about one of your favorite high school musicals.

Julia: Oh yes. I love theater–I'm a theater kid, through and through. I grew up listening to theater and every Broadway show. I guess in high school, which was not that long ago for me, has to be a Les Misérables. I was in 10th grade when I did the show and I just fell in love with it so much–it has such a special place in my heart.

TTB: I know you were all just picked up for season two–congrats! I don't know the storyline or anything but if it was about you all doing another musical at East High–what musical would you want to do with this cast?

Julia: Oh my gosh, with this cast specifically... OK. We've all talked about Into The Woods–it would be so much fun and with all of our different personalities, it would be a time! I feel like we could all get cast as characters that like you wouldn't expect - yes that must be done.

TTB: If you could take another Disney Channel Original Movie and make it into a series on Disney+, what would you want to see next

‍Julia: Oh my gosh. Let's see… one of my favorite things comes growing up had to be "Cadet Kelly". I feel like a series about the military school or about the new generation of the kids that go to that school would be super cool. Yeah, that would be really fun.

TTB: I saw your performance on YouTube when you opened up at D23–talk to me about that weekend and being a part of the Disney zeitgeist now.

Julia: Crazier than I could have ever expected. That whole weekend was just a whirlwind of emotions because that was the first press event that the cast had done together. It was super emotional because we had just lived in Utah together for five and a half months and then all of a sudden, we were performing on this giant stage in front of 7,000 people. So, it was definitely emotional. Having the cast there and just knowing that we're all best friends made us all really comfortable and I just wouldn't want to experience it with anybody else.

TTB: Do you have a favorite moment from being on set out in Salt Lake?

Julia: All of us in the cast are very musical. We like to have fun and we don't really take things too seriously when we don't have to. There was a ton of moments when our cast member Josh [Bassett] would just pull out his guitar and start strumming and we would all just join in and sing and harmonize with each other. We also love to scare each other on set! That's also really fun. Dara [Renee] is the best one to scare because she's such a scaredy cat that we would always go up behind her and whisper in her ear–she would freak out!

TTB: I feel when the trailer dropped, you guys kinda broke the internet.  As of this morning it has been seen by almost 2.5 million people–how does that feel?

Julia: I didn’t even know it was that high! Wow–wait that is crazy! Yeah, as soon as it dropped we all just got so excited, and I still can’t believe this is real. This is a dream come true and it still hasn’t hit me yet!