Jackie Burns Embraces the Unexpected in A WALK ON THE MOON 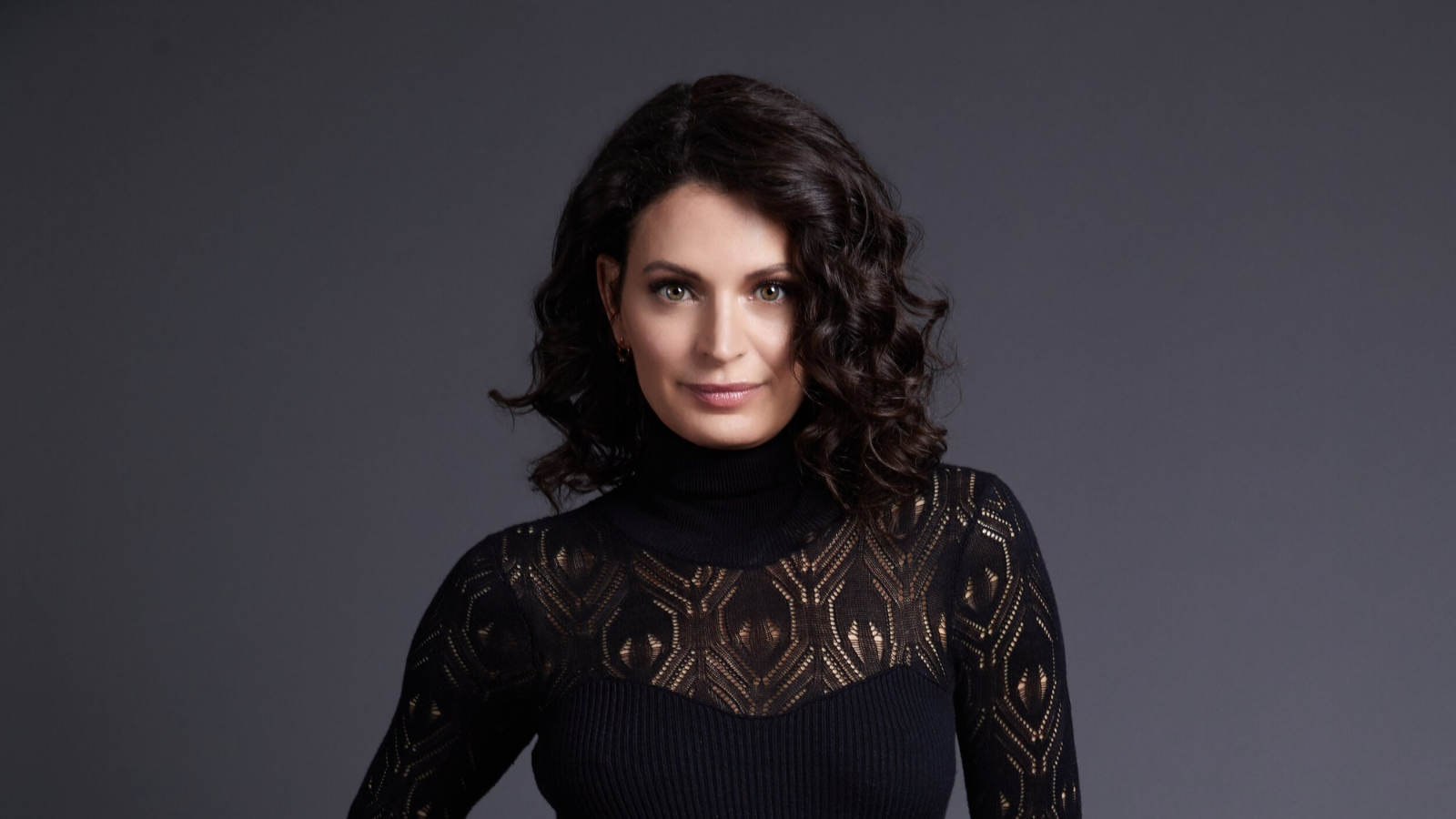 Jackie Burns has been waiting for this one. She says it’s been like anticipating the first day of school…the nerves, the excitement… except Burns’ first day had to wait over two years.

New musical A Walk on the Moon has been a show in development for much longer than originally planned and it’s finally time to open after a pandemic-induced hiatus. For Burns, her involvement with the story goes back even further than March 2020. She’s been a fan since seeing the 1999 film of the same name—the one starring Diane Lane and Liev Schreiber.

This month, Burns will star as Pearl in the first production of the musical, this time at George Street Playhouse. She has her sights set pretty far ahead, but for the moment, it’s just nice to be back in the rehearsal room. This interview has been edited for clarity and length.

Jackie Burns: Funnily enough, I saw this movie when I was in college and I watched it with my mom. I love this movie. It's so interesting to me how many people don't know the story because to me, I loved it…I guess I just know chick flicks better than the rest of the world?

If people haven't seen the movie before, would you recommend that they watch it before they come to see the show?

No, because what's so flipping great about this is that we have the same writer! Pam[ela Gray], who wrote the movie, is our book writer too. It really is basically the same screenplay, but adapted for the musical. The only true difference really is that now, through music, you get to see the inner-workings of what's happening with Pearl, which is so awesome because you can't always do that on film. All of these songs just really enhance the story even more. The music is so flippin’ good. I can't even tell you, like the music is so good. AnnMarie [Milazzo] is amazing. She came in and wrote a few new songs, and then Paul Scott Goodman, who wrote the other half of it is just—it's so good. So no, I don't think you need to watch the movie if you haven't seen it. It's a great movie, though, so if you're bored and you want to watch it you should. [laughs]

You’ve known this story for years, has your perspective of it changed at all over time?

You know, I auditioned for it before COVID. I was living in L.A. at the time. We were supposed to start rehearsals for this two years ago, in March [2020]. It was right when COVID started happening, but we didn't know what COVID was and what it would become. So I flew back to New York to, in my mind, just to do rehearsals for two weeks. And the next thing I know it's been two years. We never had our first day of rehearsal [prior to COVID]. So to me, all I knew were the two songs that I sang for the audition and the two scenes that I did. It wasn't like I had started rehearsals, and then had two years to like, marinate on the show itself. I never got to that place, I never got to start that journey. And I didn't want to make any assumptions. Having known the movie and not started rehearsals, I made a conscious decision to be like, “I will start the show when I start the show, whenever it starts,” so that I didn't come in with any preconceived notions and then have to re-craft a character that was not correct.

Now that you have finally started rehearsals, what is it like to work on something that is brand new?

It's amazing, but also I won't lie—it's scary and it's exhausting. We're athletes, right? We [performers] are like Olympic athletes who train and work...it's a muscle. And that muscle in essence, atrophied over these two years. We weren't doing it every day, so it's no longer second nature. This is like going from zero to 100 overnight. I went from self taping in my apartment for the last two years to all of a sudden being in a room with people—that itself is overwhelming. And working on a new musical? I mean, we have changes every day. There hasn't been one day in rehearsal that something hasn't changed, which is great because they're constantly making it better and figuring it out. So it's really exciting, but it's also exhausting because the second you get your footing in something, it changes. And again, those muscles are not as sharp as they used to be. I wasn't singing Elphaba eight times a week. It's like my voice truly is having to be retrained. I have to remember what it's like to have the stamina that I know I took for granted because it was second nature for so long.

Have you figured out any tricks for helping you stay on your toes?

What do you think audiences might be surprised by when they see A Walk on the Moon?

The time period that this is set in, 1969, is very similar to where we are today in the way that there's been no other time where the whole world has been affected by something at the exact same time. When the moon landing happened, it happened for the whole world. We were all a part of it. It wasn't just something that happened in the United States...it was like the whole world was waiting for this monumental thing that had never happened before in anyone's lifetime. It was experienced at the same time as a species—like as a human, as a society. With COVID, it's the same thing. We are all in the same boat. We've all experienced and gone through this roller coaster ride at the exact same moment. I wasn't alive during the moon landing, but when you hear people talk about how monumental that moment was, we take it for granted. So can you imagine people who have not even been born yet learning about COVID? They won't understand what it was like to really live in that moment of not knowing what's happening and not knowing when it's going to go away. That's so baffling and it's what I think is so cool about this show.

‍A Walk on the Moon opens on April 26 and will play until May 21. For more information and tickets, visit here.