Jacqueline Novak’s Raunchy GET ON YOUR KNEES Lands In Boston 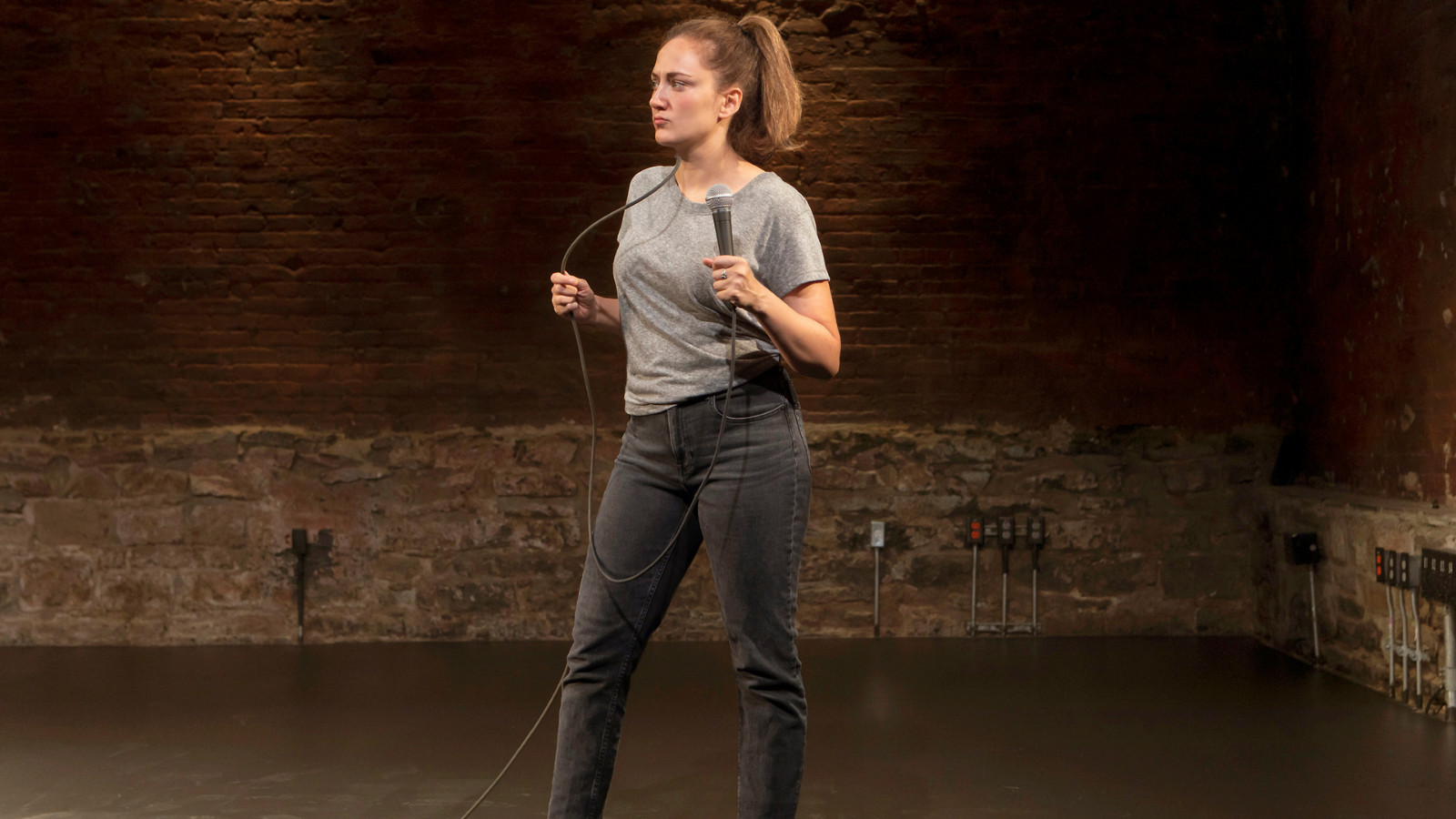 Comedian Jacqueline Novak is headed out across America to fill in audiences on a subject very near and dear to her heart: Blow jobs. Her quirky one-woman show Get On Your Knees is currently taking up residence at the Calderwood Pavilion’s Robert’s Studio Theatre by way of ATG’s Emerson Colonial in Boston.

Walking into the theatre, I really was unsure what to expect, but right away you could tell the energy in the room was palpable and exciting. Props to the Colonial team for expanding their programming and bringing in a new generation to the theatre; it was a younger crowd which we don’t often get in Boston.

Walking around the stage with the long microphone cord drapped on her shoulder almost as if a security blanket, Novak spends the next 90 minutes regaling the audiences of tales of ex-lovers, her lack of love of the word penis, femininity, and the sophistication of oral sex. You have to give it up to Novak who’s grace as a performer is unmatched and can keep the audience in the palm of her hand as she struts back and forth the barren stage. I know it has been months away from the theatre, but I have not seen an audience so ravenous for a performer in a long time!

Explicit is an understatement for Get On Your Knees, but if you want tips from the self-proclaimed Blow Job Queen herself, you are certainly in the right place. Directed by Search Party’s John Early, the show is executive produced by comedian Mike Birbiglia.

For tickets and more information for it’s stop in Boston, visit here.