Jamie Smithson on Bedlam and PERSUASION 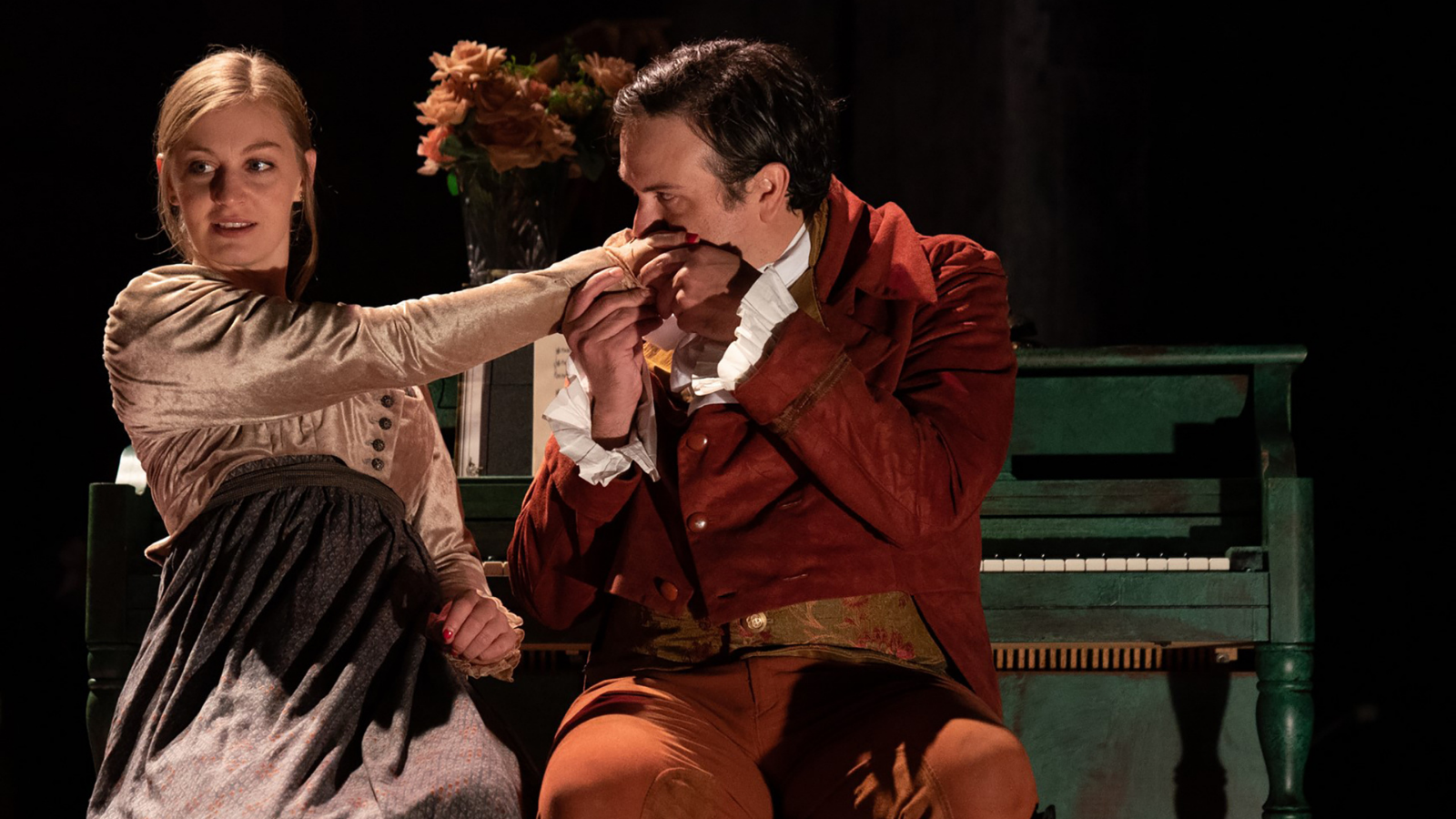 Jamie Smithson is a fantastic actor who has delighted audiences across the country and can now be seen in Bedlam’s newest production of Jane Austen’s final novel Persuasion. Adapted by Sarah Rose Kearns, the performance is directed by Eric Tucker.

I recently spoke with Smithson via Zoom on becoming a new father, his love of Jane Austen, and where he hopes Bedlam goes next. Our conversation has been edited for length and clarity.

So to start, take me back, how was the pandemic for you?

So I'm a D.C. actor originally and when the pandemic started, I was actually closing the show The Wanderers at Theatre J. It was our closing night, right as theatres across America were shutting down. But I have a two-year-old and now I have a two month old. So I had a child before the pandemic and then right in the midst of what we went through. The hardest part was that as a family man, as a dad. I was able to do a few workshops and Zoom presentations with Bedlam which helped me stay artistically fulfilled, but I was more of a dad. I don't think I ever left my son, I was with them all the time — so that was a privilege in a way to be able to do that.

What was that like coming back into the rehearsal space for the first time?

It was moving. First off you adapt back quicker than you think you're going to — after that first day it was like, I'm ready to go. But with Eric [Tucker], who I consider a close friend, it was more just this feeling of being near your friends again and laughing. I'm blessed to be back doing what I love.

How did you first get involved with Bedlam?

I was auditioning in D.C. for the Folger Theatre production of Sense & Sensibility. They had only done it once and I'd never seen it. I didn't know anything about the show or the production, but I was fortunate to book that show there, and then do it again at the American Repertory Theater, and then again at Portland Center Stage.

I was fortunate to catch Sense & Sensibility in Boston and to this day it is one of my favorite productions ever. What was it like touring the country with it?

Boston was a special one because the theater itself is so awesome. I loved doing it in that particular formation in Boston, whereas at the other theaters we were in a typical proscenium set up. The improv of Robert Ferrars is still one of my favorite moments as an actor. That was a special show, and I hope we can do it again at some point.

Bedlam is just one of the most inventive and creative theatre companies around. What is it like working with Eric and this ensemble compared to any other show that you might do?

It's just the most fun. I look forward to going into every single rehearsal. That's why I did it. That's why I left my kids. My kids are actually back in Pennsylvania. You know, my wife is the true hero of this whole thing. She's taking care of the two kids with my mother-in-law. But Eric is the reason I am here — he's a true artist. Just a blessing to have ever met him.

Were you familiar with the story of Persuasion?

No, not at all! I was excited, though, that it was Jane Austen because I know her work and love classic texts. I watched some of the movie and I read the script and it got me excited for it. I know it’s not as popular as some of her other stories, but it really is a fascinating tale.

So when audiences come to see the show, what do you hope they take out of it?

Well, I think why Eric chose the show in the first place, too, was that it's kind of a somber beginning. You know, she lost the love of her life and then it kind of blossoms into this happier place, and that's kind of what the pandemic has been. I know for many this is still one of the first theatre productions folks are seeing, so I hope they can see the joy we are having on the stage as a company and that they can take that home with them as they leave.

Is there a story that you hope Bedlam will do next?

That's a really good question! We did the reading of Much Ado recently which was really a lot of fun. I would love to see them take on some Shakespeare. I just love comedies, and I think that is what our world needs right now, to laugh.

Persuasion is currently playing at the Connelly Theater through October 31. For tickets and more information, visit here.