Jessica Vosk on Headlining Carnegie Hall...and Being A Libra 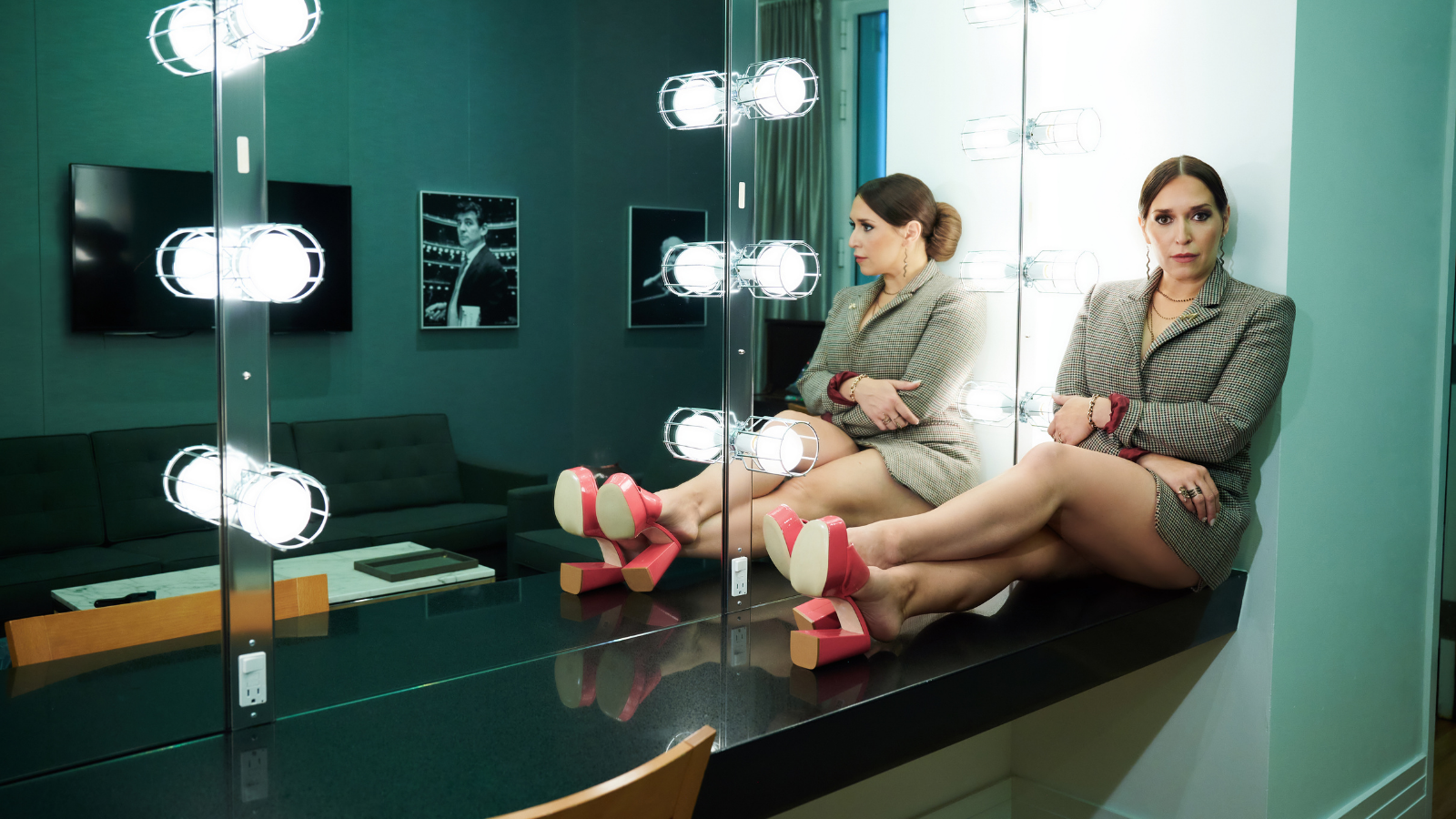 When Jessica Vosk steps onto the stage, all eyes are always on her. From Wicked to Fiddler on the Roof, Vosk and her incredible vocals always deliver an incredible evening of entertainment. For her next show, she will be headlining Stern Auditorium at Carnegie Hall with her upcoming engagement of My Golden Age this upcoming Monday evening.

I recently caught up with Vosk to chat about the famed musical venue, her gaggle of special guests joining her, and how being a Libra is extremely hard when putting together a setlist.

So Jessica, take me back. When did you find out that you would be headlining your own concert at Carnegie Hall?

They saw me in Wicked when I was in that old chestnut and they I guess they just followed me around for a little while. One night the Director of Programming came to my show and mentioned that they have been watching me for a bit—what would I think about curating my own show? Naturally, I was like, are you sure it's not a different Jessica you're trying to get? And the rest is kind of history—it's incredible to me that they still kept it on the docket after such a wild past 18 months. It reminds me how lucky I am every day when I think about it.

It’s not everyday you are asked to perform on one of the world’s greatest stages. What went through your mind when that idea was floated to you?

I mean, I was just gobsmacked because of the history of the hall itself, one of the greatest halls in Manhattan, and the world even. I was absolutely speechless. I kind of still am when I'm in there, and I'm 100% the most nervous person, but I'm trying to use those nerves for good.

Do you remember your first time ever going to Carnegie Hall?

Yes, and I was in it! I got sort of thrown a bone from the incredible Paul Gemignani, who had been music directing a show at the time called Kristina, which was written by the ABBA guys — it was my very first foray into working with people in musical theater. It was a 50 piece orchestra, and there's something kind of wildly full circle about this because I was in there getting to sing as a person who had just left a career not knowing what would happen next or if I would get another gig after I got to sing at Carnegie Hall. Who starts there, right?

Walk me through putting together the setlist for an evening like this.

Oh, is it not the hardest thing ever? Right? I'm a Libra. I'm constantly questioning everything! There's no such thing as perfect. What's going to sound great and what do people want to hear? I'm a big believer in people getting to where they are because of those who lift them up and love them. I think that I owe a lot of where I am to the fans, so I wanted to give a lot of people things that they would love, but also staying true to who I am. My show is called My Golden Age, and of course there's a double entendre when it comes to what my golden age means. This is my take on it, which is instead of Barbara Cook who we love, it's Barbra Streisand, it's Bette Midler, it's Linda Ronstadt. It's rock singers and pop singers, and then it's also Broadway composers like Ahrens and Flaherty and Jason Robert Brown and Sondheim. I wanted to allow this kind of rainbow puzzle that has layered my life to come through and also remind people that music is universal. It is what has saved me over the past year and a half!

I know you have a wonderful roster of special guests joining you as well. Tell me about them!

Oh God, I just love them all so much! I originally met Scott Hoying when Pentatonix was featured in the Wicked 15th Anniversary NBC special. We met and totally hit it off and have remained close friends ever since. He's going to come and do a beautiful solo and then we're going to get to sing something together. And then the same with my queen Kristin Chenoweth. She and I actually met through the 15th anniversary as well, and she came to see the show and we stayed in touch ever since. She's one of those women who I believe is just incredibly beautiful to watch because she owns her journey and doesn't have any apologies and lives life like a boss queen. I also get to have perhaps my favorite principal ballerina of all time: Sara Mearns from the New York City Ballet come and dance while I'm singing and just thinking about that makes my brain want to explode. Just the fact that everybody was so game to come out and do this with all of our schedules being what they are now and life coming back and getting crazy — I am so incredibly grateful.

I loved the social media contest you did to find one lucky winner to sing with you on Monday night. Was that always your plan to have this happen?

I've done it in the past when I visited different cities and done concerts, and it's an idea that I've loved because there's so much talent out there. I said to Carnegie Hall, is this a crazy idea? And they thought it was incredible. My goal of doing it was just for people to have fun even putting the submissions out there. And through that, everybody got to become fans of everybody else's. Of course, it was so difficult because there were so many incredible singers, but the cool part is I get to have the winner come out and sing the finale song with me and give them a chance to shine.

Once you get past Monday night, what shows on Broadway are you most looking forward to attending?

I've heard The Lehman Trilogy is incredible. I got to attend the opening night of Freestyle Love Supreme which was wonderful and I am really looking forward to Chicken & Biscuits. There is so much great theatre out there, it's so exciting.

Let's see! There is a song that I'm doing in the Carnegie Hall show that is from a Broadway bound show that I hope will come in written by the wonderful David Foster. He's allowing me to sing one of his original songs from that show for the first time in New York which is amazing. I have a few other exciting concerts on the horizon and then I finally get to make my London concert debut at the beginning of 2022. I'll be in London-proper and then will head to Ireland as well. Lots of exciting things are coming up!

For tickets and more information on My Golden Age, visit here.