Kelli O’Hara on THE GILDED AGE and Broadway Work Ethic 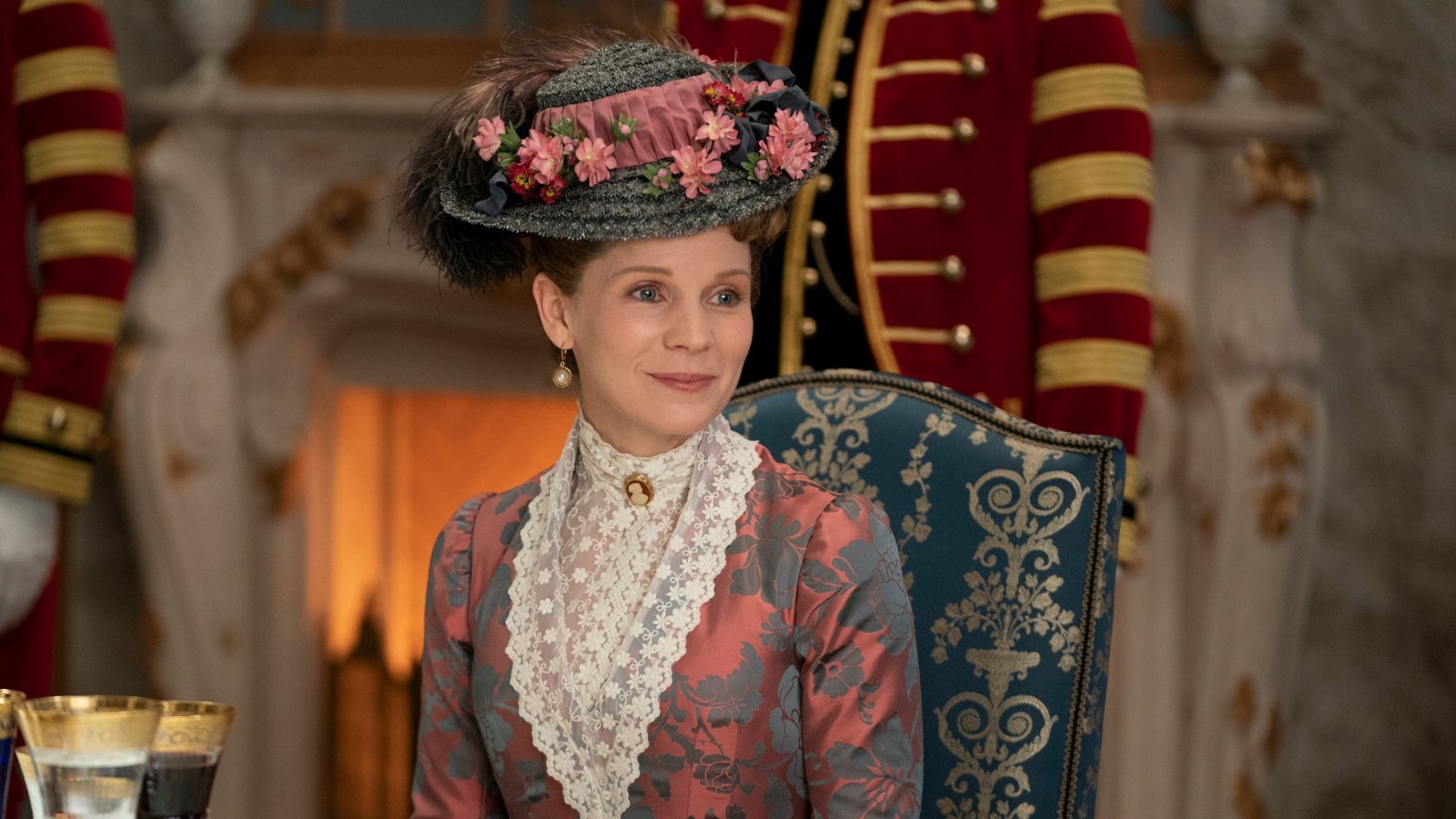 Kelli O’Hara can truly do no wrong. As one of the most beloved stage stars of this generation, her charm and talent are truly unmatched. For the past nine weeks, O’Hara has been taking it back old school to the 1880s in The Gilded Age on HBO as the elegant Aurora Fane.

Ahead of tonight’s season one finale, I caught up with O’Hara a few weeks back to chat about her expansive career, filming two shows at once, and the work ethic found in Broadway stars. Our conversation has been edited for length and clarity.

So how did you land in The Gilded Age?

Kelli O’Hara: You know, I sort of haven't been auditioning for TV all that much, but Bernie Telsey [casting director] is always very sweet and always sends me in for something. I remember it was October of 2019, a ways back from now. They were telling me there was this new Julian Fellowes piece that sounded really awesome. I decided to go for it and went in and met Michael Engler, the director and started falling in love with the project.

How do you describe your character of Aurora?

Aurora Fane is old money, but with a little spice! She's related to the Christine Baranski/Cynthia Nixon side. She's a charity woman and she ultimately gets herself under the responsibility of having to bridge the gap between the old and the new. Aurora has to put her foot into the other waters, which I think as a character is really fun to play, it gives her a little dual personality.

Early in the season, you have a delicious scene with Katie Finneran’s Annie Morris and Carrie Coon’s Bertha Russell. I imagine just being in the room with these ladies was just the best experience.

Well, I mean, this felt like the best and the most creative kind of challenge in the world. We were all of a sudden put in these rooms together and I feel like I was working with everybody who's at the top of their game. Katie is just always hysterical and then Carrie comes in with just all this power and gravitas and experience that those moments were the thing that made this project so fulfilling to me. TV has not always been that way for me, and this particular project, because of scenes like that, it made me leave being very proud of it. Those are the things that I was living for while I shot this entire thing, and I would say that most scenes were like that.

I remember when casting was announced back at the end of 2020, the theatre community started really buzzing. What was your reaction when you saw who your co-stars were going to be?

Well, I really couldn't believe my luck. I mean, I've always wanted to do something like this and all the pieces seemed like they were coming together in the best way. I already knew several of them such as Baranski and Nixon and Denée Benton. But then it just got better and better and better. You know, it's Audra [McDonald], it's Celia [Keenan-Bolger]. The names just kept dropping and dropping, and I just couldn't believe it. I was pinching myself knowing that this was a big gift that I wasn't going to take for granted, you know?

In a piece in the New York Times back in May, you were quoted with saying working on this show “fooled me into thinking I’m still doing theater.” Can you expand on that for me?

I think there is a definite work ethic to people in theater. It's a way that you work, you know, you get down to it and you're used to the long hours and hard work. When we got on those sets, whether it be on a soundstage or in Newport, I felt like there was a sort of mentality, whereas I think on some other sets I've been on there's a lot of unnecessary action. In this particular case, you watch someone like Baranski come in prepared and ready to go. Friendly but powerful and succinct, and let's just do it and let's do it well. So it felt like I was with theater actors, and I was. Many of them are some of the best film actors we have in the business. They come from that original work ethic of theater. When we were in Newport, it felt like we were in some sort of repertory theater company and we were going to go do a show that night at the open air stage. It felt great and I was so hungry for it. I missed it so much at that moment.

Of course besides The Gilded Age, the second season of Accidental Wolf also just dropped, a very different story to say the least. Tell me about filming both of those throughout the time that the theatre industry was shut down.

Absolutely. I've never been more proud to have two such different things happening at once. I was in a corset and a tight wig one week in June on a huge soundstage and the next week, I was with three people on it on a handheld camera in the woods in New York State. Having the two in the same time period just gave me absolute fulfillment, like I just had the best of both worlds. As an actor, gosh, you just want diversity like that.

You have had such such a wonderful career spanning many different mediums. Can you pinpoint what you love with working on the stage vs. the screen?

You know, I'll always be a stage person. I just love the collaboration of the audience. There's nothing like the energy, but I think I especially have learned over the last few years doing film that there's a great intimacy. The genres are very different in the fact that one's more presentational and one is incredibly intimate. It's all the truth, but one is told in a whisper and one is told in a yell.

You have had a number of pretty iconic roles throughout your career. Which character that you have played would you say is most like Aurora?

Aurora would probably be something like Emma Carew from Jekyll and Hyde, it's a very similar period and personality wise. I've always wanted to take characters and find where their real backbone and where their goodness is, even when they're not so great. Aurora is definitely floundering a little bit in this moment and in the beginning of the season so with that I could actually put her in there with a little bit of Nellie Forbush as well.

Do you think we could ever see a stage adaptation of The Gilded Age?

Oh, sure, but how would you ever pinpoint the exact story? That would be a tough challenge to choose which story you're going to tell in this. Certainly it would be a fun idea - maybe a theatrical production that sort of has a new character focus every week, now that would be interesting!

The Gilded Age airs on HBO and all episodes can be streamed on HBO Max. The show has been renewed for a second season.