Kyle Jarrow On Finding The Ghosts In WHISPER HOUSE 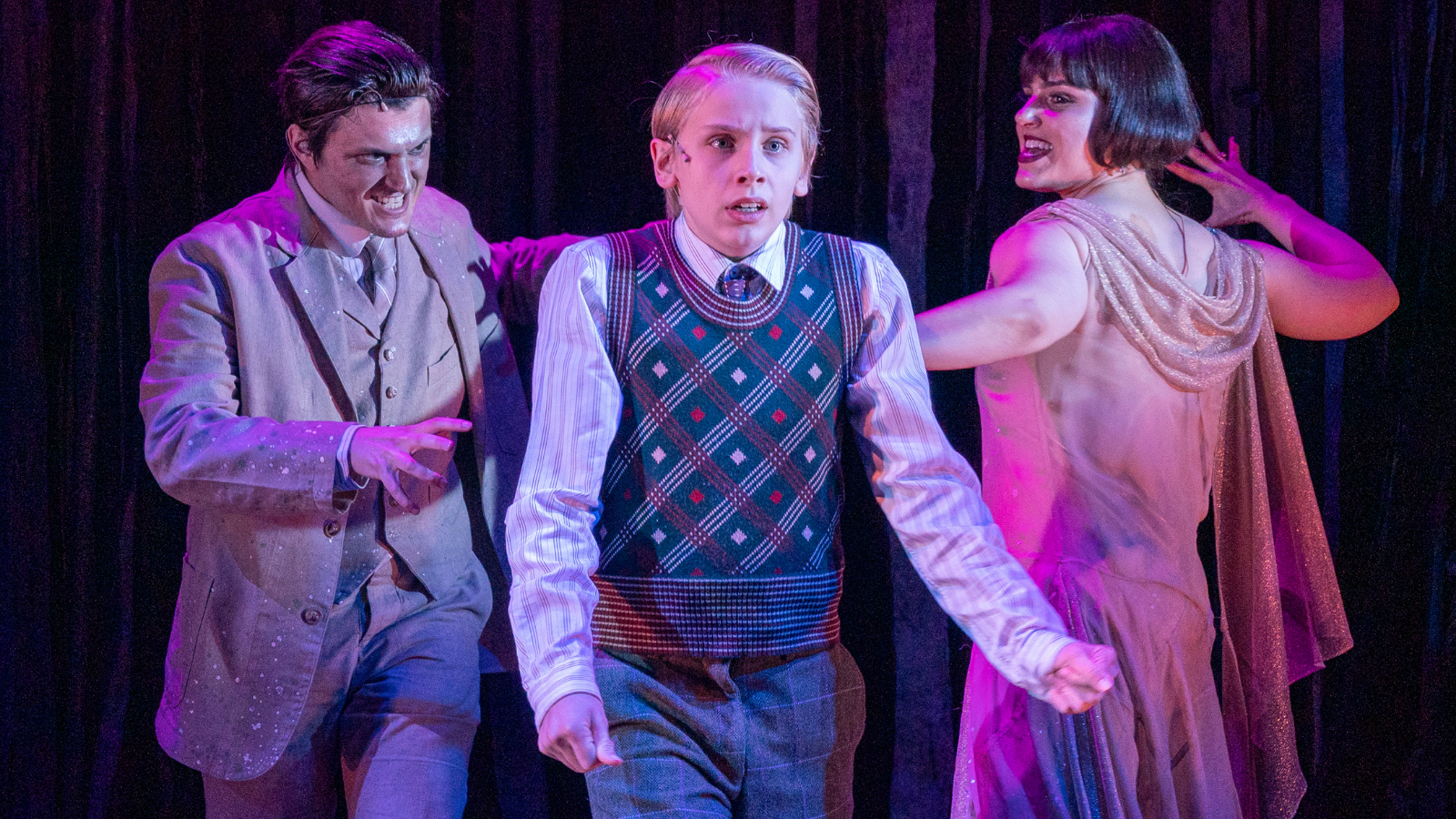 A thrilling ghost story has arrived at 59e59 Theater with Whisper House, featuring a score from Duncan Sheik (Spring Awakening), and a book and lyrics by Kyle Jarrow (Spongebob Squarepants, The Wildness.) Whisper House follows two lonely individuals living in a lighthouse on the coast of Maine during the onset of World War II. We asked Jarrow all about this haunting new musical.

Can you set up this show for us from the perspective of one of its creators?

At its core, I'd say Whisper House is a ghost story about the fear of the unknown. Which, I suppose, is ultimately what all ghost stories are about. In this case, the unknown is other people – people whom we struggle to understand because of differences between us. Ultimately, this is a story about how the response to those differences shouldn't be fear... but sadly, it often is.

This score takes on a quite eerie, dark tone. With your past experience writing for SpongeBob, is there a specific method you have for immersing yourself into such different settings/adapting to different stories?

I find that different kinds of stories fit with different tones – in the dialogue, in the score, in the staging too. The SpongeBob story fits with a poppy, comedic tone. Whisper House feels like it fits this eerie, darker tone. One of my jobs as a writer is to figure out what's the right tone for a story... and once I determine that tone, I try to immerse myself in different plays, movies or music that have a similar tone. To really get the feel of it into my bones. Then it's time to start writing!

What was the first thing you did or wrote with Sheik’s score? Was there something that immediately spoke to you?

I've been a fan of Duncan's work for a long time. Among the many things he does wonderfully as a songwriter is capture a kind of ethereal melancholy. That felt like a perfect fit for a ghost story. So, as I was writing the first scenes of the play, I listened to a bunch of his older songs that have that feel. They really spoke to me and inspired me. Then, once I'd written a few scenes, Duncan wrote the first song for the show: “You've Really Gone and Done It Now,” which combines that melancholy with a biting sardonic tone. The second I heard it, I knew we'd found the voice of the Ghosts in our show – they would sing about the living world with a bitingly sardonic remove.‍

Was there one song or moment that was a greater challenge to write than others? How did you tackle it?‍

I find endings are almost always the hardest challenge. Everything needs to come together and resolve in a satisfying way – plus, you have to land the thematic points you're wanting to make. The ending of Whisper House was no exception. Definitely the trickiest part for me. ‍

If you’re able to share, is there a song, lyric, or moment in the show that is your favorite so far?‍

That's such a tough question, because the truth is, the answer changes every night I watch the show. Different moments land differently with audiences at every performance – and of course the actors' performances are slightly different too – so for me the favorite is always shifting!‍

How has the pandemic impacted your creative process? ‍

It's made it more solitary, that's for sure – and that's had pros and cons. Pros are, I think I've actually been more productive. The cons are, I've felt a lot less inspired without new experiences and human interactions to inform my writing.‍

What do you think will be the biggest takeaway for audiences with this story?‍

I hope that audiences will take away a feeling that although the world can be bleak (and it certainly feels bleak recently!), there is hope in the connections that we can make with other people. It is possible to reach across the differences between us, and to get past our fears of the unknown. There really is a lot of hope in that.‍