Larry Owens: All Sondheim, All the Time 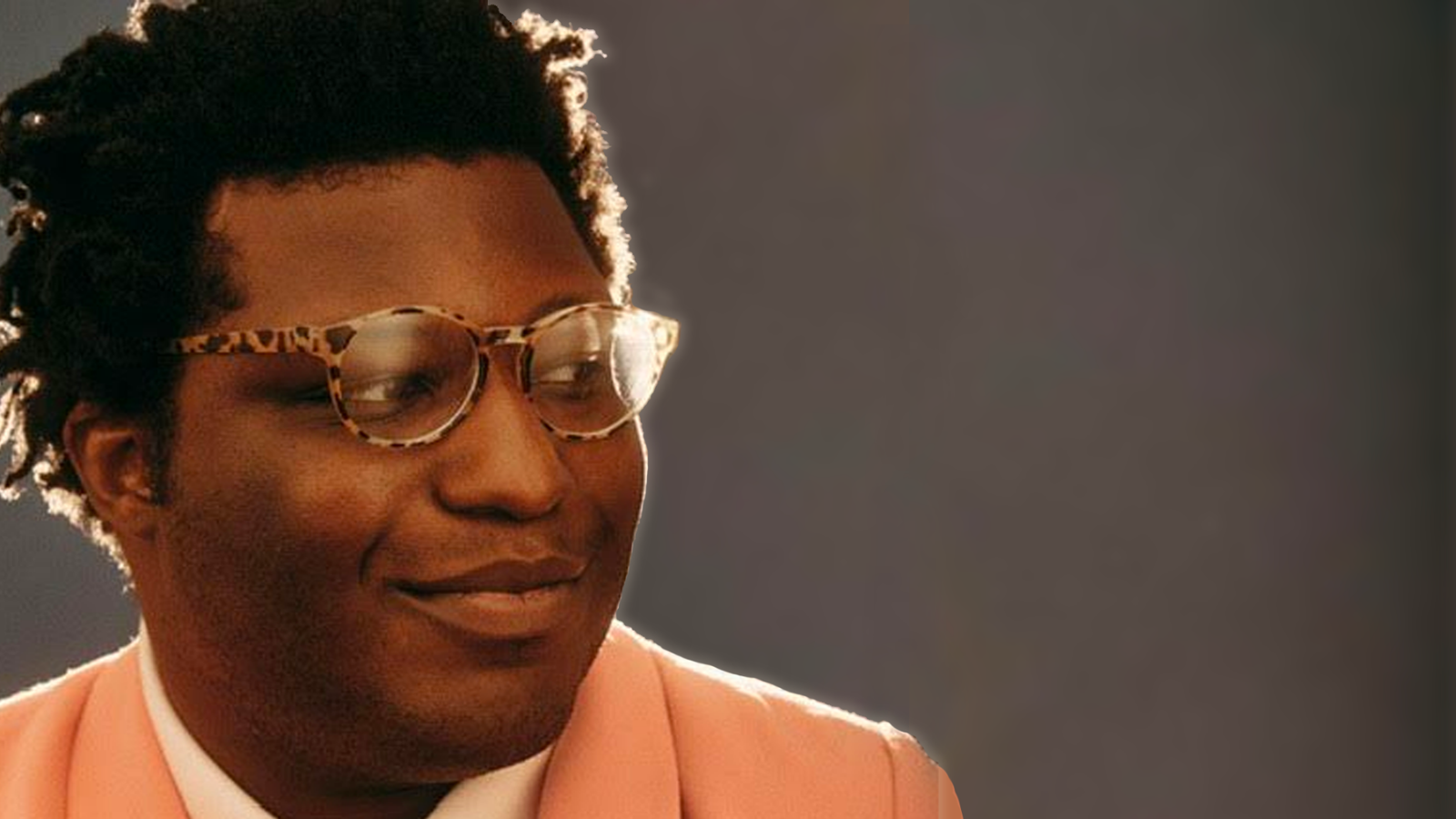 Larry Owens explores time, love, and ambition through the music of Sondheim

Unlike many of the promises the year 2019 failed to follow through on in its disastrous successor, Larry Owens is determined to make good on his. The young performer’s work in that year’s Pulitzer-winning A Strange Loop was laureled with Drama Desk, Lucille Lortel, and Outer Critics Circle awards, and he spent his time in isolation ensuring the other side would build upon this gilded momentum.

Tomorrow he is set to take the 54 Below stage for Sondheimia. An intimate blend of personal history and finely-tuned musical performance he began developing in July 2020, it is the logical outlet for a lifelong obsession with the work of Stephen Sondheim.

I spoke to Owens via Zoom about his relationship to the legendary writer-composer. Our conversation has been edited for length and clarity.

So, Larry, why Sondheim?

I always wanted to do something to honor Sondheim’s work, but never felt like I could carve out the appropriate time to do it with the diligence and care and attention that it requires. Suddenly, this time presented itself where I couldn’t perform, but still had the engine to do what performance is––which is storytelling––so we started to build this really hard thing, knowing that there was finally space to do it.

Do you think Sondheim is the best we have, in terms of storytelling through music?

Absolutely. The whole show is a cognitive dance, and I look at it as half a performance piece, half an academic exploration. On top of the intelligence of his work, I feel like Sondheim is the best we have, mathematically––just how the words and syllables fit the music and fit the story and emotions; it's almost ecumenical.

What do you mean by “cognitive dance?”

Sondheimia is a state of mind. I feel like it is a representation of what it feels like to be me, living with all of these songs and lessons and stories and lyrics, and how all of these things brush up against and compliment each other. It's very psychological, because there's something that is so scientific and precise about his work, but only works if it's done soulfully.

You mention in the show’s program notes that the inside of your mind “feels so much like that of Stephen Sondheim’s.” Is that because the songs are in your head or because you feel a sort of psychic kinship with him?

I feel like there are similarities in our youth: growing up in cities, having mentorship outside of the family, going to boarding school, knowing that you love musical theater from such an early age. I love when the form pushes forward, and that's what Sondheim has been doing with each thing that he does. His shows feel like the American canon now, but they were experimental at the time and really daring and difficult. He was absolutely not of the old guard, so in a way, I feel like my duty is to be a response to another old guard.

Have you read any of his books?

I think I've read most of the writing that's available on Stephen Sondheim; Finishing the Hat and Look I Made a Hat are within arm's reach. [He reaches maybe six inches off-screen and proves himself]. I have the tomes, like the Meryle Secrest biography, and then truly trenchant academia about the musicality of Sondheim; unpacking all the different references, and how deeply the dramaturgy matches the music, which matches the lyrics, which matches the time in which it was written.

I’m always interested when artists bring academia into their work. Are you usually a heavy researcher or is there something about Sondheim that makes you want to dive deeper into the work?

I have always been interested in his work and his position as, you know, the greatest musical technician. I do have an interest in the person separate from the music, and even from the shows themselves. Maybe there's a bit of an obsessive quality with the devotion, which is why I feel like it's Sondheimia –– a state of mind where obsession, devotion, ability, and lived experience where I still have to bring something of myself to it, combusts. It's one thing at a time and it's everything at once.

In terms of bringing yourself into the work, do you perform Sondheimia as Larry, or are you inhabiting a character?

I had to make decisions about who the character performing the show would be. It's not “Larry Owens,” but there's overlap. “Larry” comes through the most in the evening’s libretto, in the content of the writing and the shape of the story. Because the show is meant to be repeated, though, the performance of it needed some fixed characteristics. I change every day, you know, and if the character was just “Larry,” we could get off the rails really quickly. Having a fixed identity for the character whenever I enter the space of Sondheimia helps me feel unindulgent in playing certain parts, and activates my imagination in the parts that aren't distinctly me.

I’ve always found it interesting how opaque Sondheim can be when it comes to himself. Like, he will never say that Sunday in the Park with George is in any way autobiographical, but, come on. Do you think you’re more openly introspective in that sense?

[He takes on Sondheim’s recognizably meticulous speech pattern.] Well, you hear how slowly and deliberately I'm talking here, on the record, and it brings up sort of where I stand on this. There comes an increased visibility with having been a part of a musical that people respect, and television projects people enjoy. Unlike Sondheim, though, I'm growing up in a time of surveillance, but the decision I think he's made of how much to share, and how much to leave up to the art, does come up. I think I want to leave most of it up to my art, which was hard during the time I created the show. I had to make the decision of, “Will I do the digital version where I can't see the audience, or can I create this thing, perfect it, and hold precious that thing that the show requires, which is primordial communication?”

Speaking of the art itself, two themes that stood out to me from the cabaret are ‘time’ and ‘possibility.’ Is that accurate for me to say?

Yeah, I think one of the easiest things to grab onto from the show is the idea of time. I think the heaps of time that collect, and the time we spend in the present and future, are part of the Sondheim canon. I created the show at a time of stasis, so it was very expanding, energetically, to be able to think about not existing in one space, but rather a line that goes far back and stretches forward.

There’s also a lot of uncertainty in the song selection.

I want to wrap up with some rapid-fire stan questions. Do you have a favorite Sondheim show?

I'm really partial to A Little Night Music. It is the perfect marriage of book, score, and source material and, with an American director, is a beautiful and poignant, but hilarious, evening at the theater. It's also a really sexy show, and I long for our American theatre system to allow the work to be respected and revered, but also be sexy and fun.

Why an American director?

So many recent Broadway revivals of Sondheim shows have had British directors, but I think those shows were written with the American audience’s sensibility in mind. I would be really interested to see the vision of someone who can tap into that more readily than the European presentations of his work.

Do you have a favorite Sondheim film?

[Exasperated groan.] I’d have to say the D.A. Pennebaker [Original Cast Album:] Company documentary. We get to see it all come together in real time.

Do you think Company can be filmed?

Company would make a beautiful film. Because it's a concept musical, it lends itself to being rendered cinematically. Plus, the two- and three-hander scenes that make up a lot of the play are basically TV.

Any show you’d want to see adapted into a film?

I think a Follies film would be great. I did see the pull quote about Sunday in the Park with George being pitched and not getting picked up, and it's like, I could sell that. I could definitely sell Sunday to the right indie house. A24 should call me and ask me about my vision for that.

These are all Sophie's Choice questions! Lowkey, I feel like my picks are two situations of wanting to switch between a male and female lead with whom I both identify and feel great singing––Sweeney and Lovett [from Sweeney Todd] come up, and then George and Dot [from Sunday in the Park with George]. It literally depends on the day and the song.

EDITORS NOTE: Sondheimia will now be presented on February 25, 2022 at Zankel Hall at Carnegie Hall. For tickets and more information, visit here.