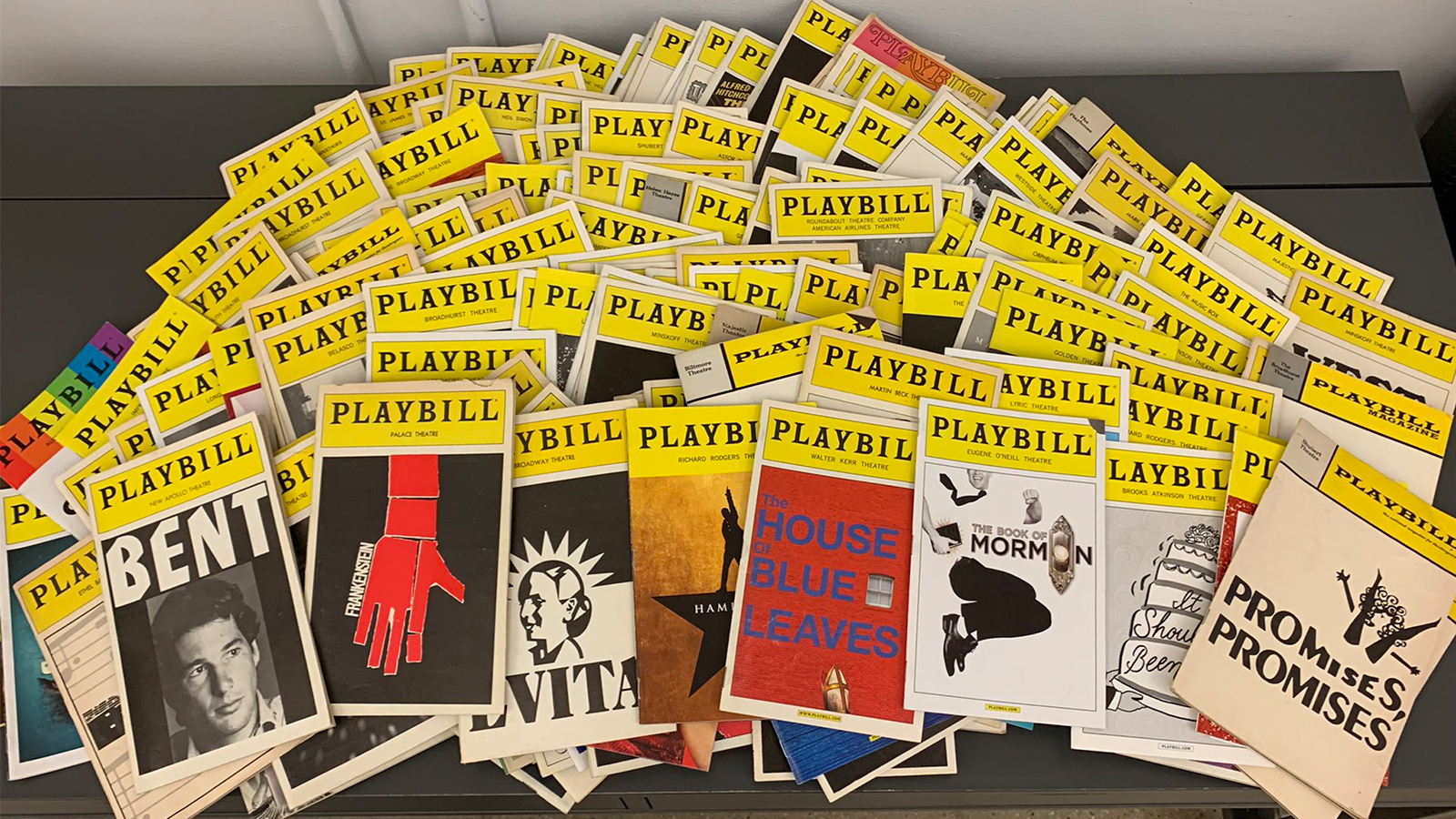 Photo: @ApplauseShop on Twitter
By
Kaitlyn Riggio
No items found.
on
Category:
Features

Laura Heywood, who created a name for herself in the Broadway community as the “first professional Broadway fan”, founded the online marketplace Applause Shop to help support theatre artists during the COVID-19 pandemic.

The auction site gives Broadway fans the opportunity to bid on Broadway memorabilia (like Playbills and window cards) while also supporting artists as well as non-profit organizations with every purchase.

The first items on the site were from Heywood’s personal collection of Broadway memorabilia that she has collected over the years. Heywood said her collection became so large due to her love of collecting things.

“I’d always get extra Playbills when I went to the theater, friends of mine would be like, ‘I’m getting rid of this tee shirt from some show,’ and I’d be like, ‘I’ll take it!” Heywood said. “I feel like they hold energy, especially when they’ve been in a theater.”

Heywood, who works as a social media consultant for theatre companies and other groups looking to reach Broadway fans, was looking for other sources of income when the pandemic shut down Broadway in March 2020. Heywood said much of her income in a typical year comes in the time between Tony nominations and the Tony Awards themselves. With no typical Tony Awards in 2020, Heywood turned to her collection of Broadway memorabilia.

“When it was clear the Tonys weren’t going to happen, that the shutdown was going to be longer than a couple weeks, I was like, ‘I’ve got to figure out how to make some money,’” Heywood said. “And I also thought, ‘you know, I’m not sure I really need ten copies of the same Playbill from a show I didn’t even see,’ and so I set aside one of everything and then I started putting my Playbills up for auction on eBay.”

After setting up the shop, Heywood began receiving messages from people asking if they could donate items from their own collections.

Heywood said many of these people were interested in donating to the Actors Fund but were unable to due to financial hardships from the pandemic.

“A lot of those people said some version of, ‘I lost my job, I can’t afford to give to the Actors Fund right now. But I know that you are, and I would love to help keep your lights on and help the Actors Fund,” Heywood said.

In addition to helping support theatre artists who are out of work due to the pandemic, a portion of every sale from Applause Shop goes to charity. Some charities that Heywood has supported through Applause Shop include Planned Parenthood, the NAACP and the ACLU.

“It was really important for me from the very beginning to put aside a portion for charity,” Heywood said. “And eBay makes it really easy to do that in a super, super transparent way.”

Heywood said she considered the first weeks of Applause Shop to be “previews,” with the shop’s “big opening night” falling on March 12, the one full year after the shutdown of Broadway. This “opening night” consisted of 50 auctions.

Many of the items auctioned off during this event were from the estate of Howell Binkley, the Tony Award-winning lighting designer.

“He hung on to all of his treasures from every single show, whether it was tickets to the show, the key chain the lighting assistant gave to him on opening night, all of the window cards from every show he ever did, tons of Playbills,” Heywood said. “And his family basically wanted to just sell it all in one go.”

Heywood said she saw this as the moment to make Applause Shop “like a real thing.”

Other items sold during this event included special items from Heywood’s collection and consignments from Broadway actors, such as Alex Wyse’s (who appeared in the 2015 revival cast of “Spring Awakening” and “Waitress”) collection of Playbills from Broadway flops.

Looking into the future, Heywood said there is a special live auction on eBay planned for the weekend BroadwayCon this year on April 17 and 18. Heywood said the auction will feature “items of all sizes, values, and eras.”

For Heywood, running Applause Shop is a way to bring fans closer to the world of Broadway, which is something she has always been interested in.

“It’s taking this idea of connecting the industry with the fandom that has always kind of tickled me from the very beginnings of the Broadway Girl Twitter life and making it actually physical for the first time,” Heywood said.

Heywood said one of her favorite things about running Applause Shop is receiving responses from customers when their purchases arrive.

She said running Applause Shop is a way for Heywood to spread her love for Broadway, even while the industry is still shut down.

“Even though I don’t get to go to the theatre anymore for the moment, which is my first love, this is up there,” Heywood said. “I’m really doing what I love and I’ve found a way to make a living out of it.”