Lesli Margherita Chats WHO'S HOLIDAY! Benefit Stream and Her Endearing Love of BC/EFA 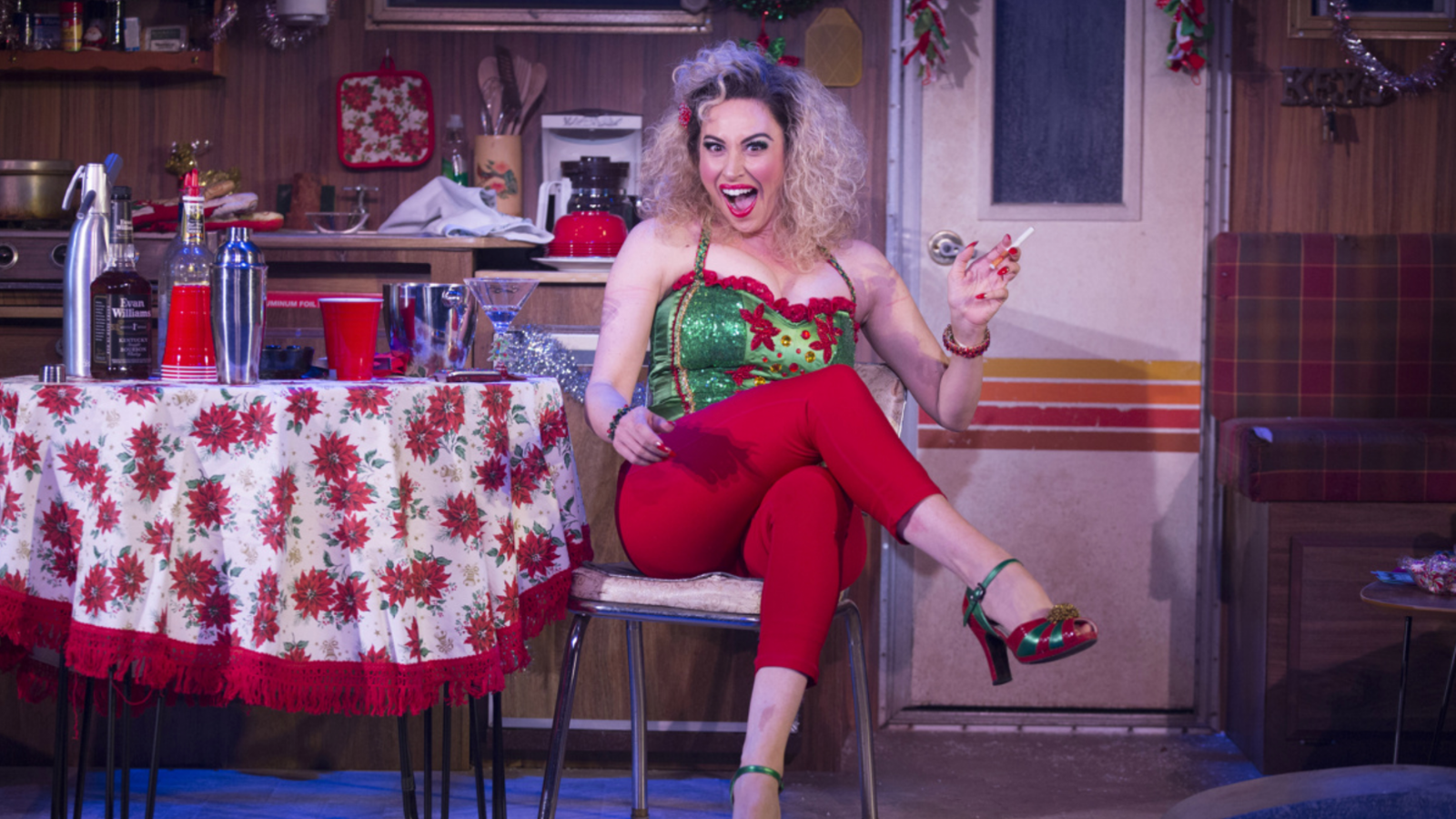 No matter what role Olivier Award winner Lesli Margherita assumes, she is sure to bring a smile to your face. Her take as a rather salacious Cindy Lou Who in Who’s Holiday! is no different. From Inez in Zorro in London to her Broadway debut as Mrs. Wormwood in Matilda, Margherita continues to wow audiences across the globe with her impressive talents and impeccable comedic timing. Who’s Holiday!, by Matthew Lombardo (Tea At Five), is set to stream beginning December 11 benefitting Broadway Cares/Equity Fights AIDS(BC/EFA). This one-woman show, written completely in rhyme, premiered Off-Broadway in 2017 and tells the story of a now middle-aged Cindy Lou who lives in a trailer park atop Mount Crumpit. While preparing to host a Christmas Eve dinner party she recalls the events of the night when she first met the Grinch and the twists and turns that her life has taken in the past 40 years.

“My first reaction to reading the script was ‘oh crap’ I love it so much.” Margherita mused. “But the ‘oh crap’ was doing a one person show, doing multiple characters and singing and carrying an entire play by yourself which is really quite difficult. I had never done it and I honestly didn’t know if I could.” She expressed how after reading the script she knew that she had to take on this role, “The fear outweighed any trepidation of doing a one person show. Then when I got into it, it was the most frightening thing I had ever, ever done.”

When Who’s Holiday! was playing Off-Broadway in 2017 at the Westside Theatre, it was certainly the talk of the town. While Lombardo’s hilarious script has the audience in stitches with laughter for most of the night, there is also a lot of heart. “People think it’s going to just be me being a crazy Muppet for an hour and a half,” she told me.  “But her story, while yes it is funny, ends up being so touching and is about so many topical things. You know, it’s just all said in rhyme!”

Margherita was over the moon when she learned earlier last month that the performance would be streamed this holiday season. “I was so thrilled because I originally had thought this might be a yearly thing and then that didn’t happen,” she said. “I heard from so many people over the last couple of years who were so bummed that they had missed it but when Matthew [Lombardo] said we were going to stream it, I’m just so so excited to be able to share this story.” Margherita also reflected on how Who’s Holiday! is perfect to cap off 2020. “It’s a little more right for this year, even than when we did it. Cindy Lou Who spends the holiday by herself and I think many people are doing that this year.”

The Who’s Holiday! stream will benefit BC/EFA, an organization very dear to Margherita. “I’m a huge supporter and always try to do as many events as I can for them.” While the stream is free, donations will be accepted with every dollar donated going to help those across the nation affected by HIV/AIDS, COVID-19 and other critical illnesses. Margherita shared how fortunate she’s been to host Broadway Bares, an annual fundraising event for BC/EFA, and how she’s seen donations from that directly assist those in need. “I’ve had friends that have really benefited from this. Whether it’s having meals delivered to them or just being able to afford to go see a doctor. It’s really hard to ask for money, especially nowadays. The work that they do is just second to none and BC/EFA does more good, I think, than any other organization, at least, especially, for our community.”

Before New York went dark with a now nine month-long intermission, Margherita was starring in Off-Broadway’s Emojiland and she hopes that it can come back in some fashion once in-person theatre resumes. “I was really upset when our run got cut short but it’s a smaller show and I’m really hoping it can come back. You know, the night of our last performance before the shutdown we’re singing a song about a virus on a phone. People in the audience were just cracking up because it was such a stress relief. I really hope more folks get a chance to see it.” Margherita also recently concluded a run in The Flamingo Kid up at Hartford Stage; talk of a New York transfer is currently up in the air. As all of theater has transitioned to a mostly virtual space, Margherita has been filling her days doing readings, workshops, and working on shows but the looming question of what will live theater look like in the future still remains.

Margherita has spent the majority of her quarantine back home out in Los Angeles but has flown back to New York a few times to finish up some film and television projects. Next up, she can be seen in the upcoming television film The Merry Saints of Newark, the prequel to The Sopranos, premiering on HBO next year. “I am a full Italian girl, like I’m Sicilian. My father had a ‘Bada Bing’ shirt so The Sopranos was very important to us,” she exclaimed. While she couldn’t say much more, she is excited for the world to see this new story from David Chase and Lawrence Konner.

“Who’s Holiday!” will stream beginning December 11, 2020 at 8pm ET and all donations will benefit Broadway Cares/Equity Fights AIDS. The one-hour stream will be available through December 15th. For more information, visit www.broadwaycares.org