LILIES Is No Fresh Bouquet — Review 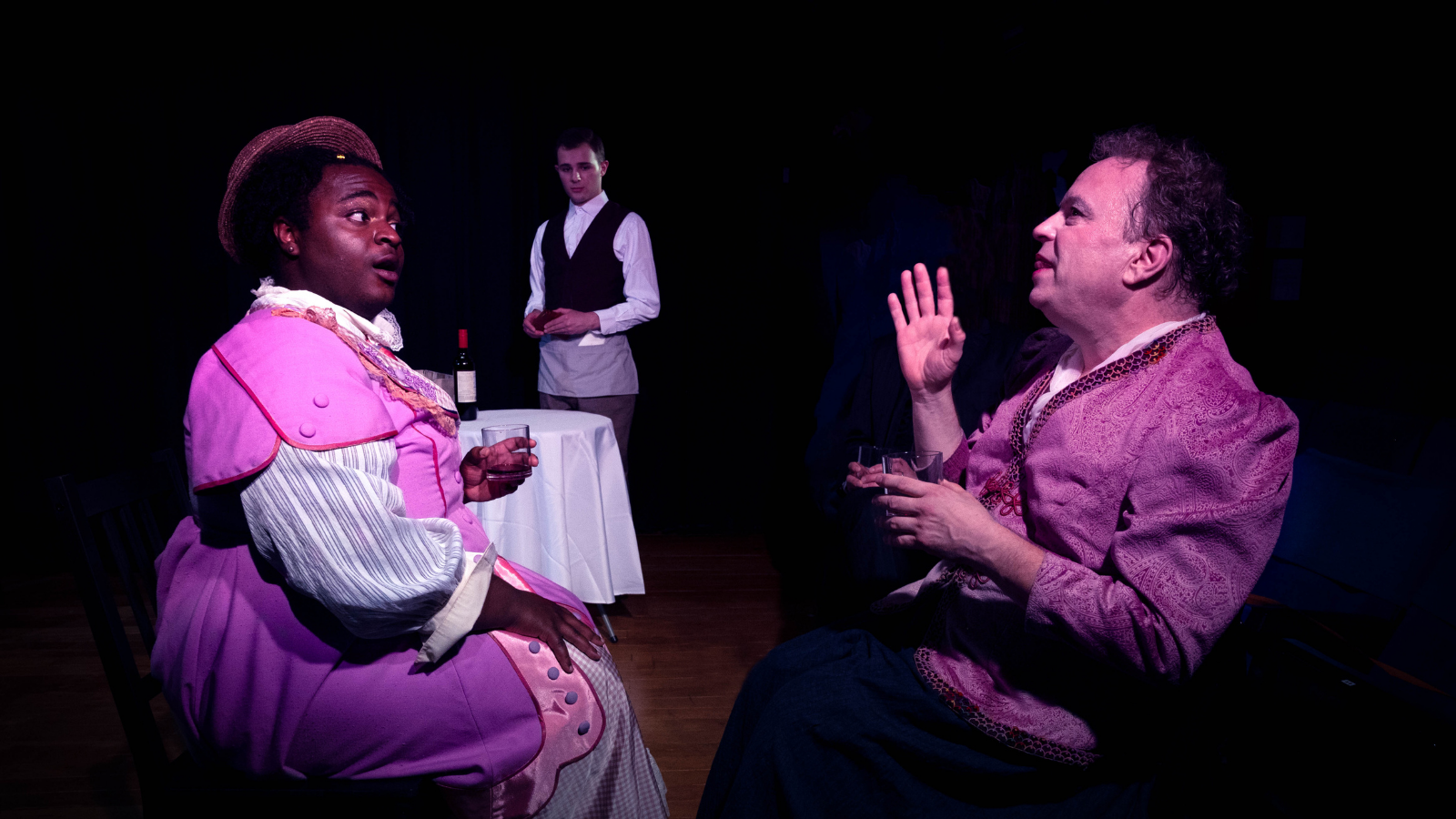 You don’t walk into a play titled Lilies, or the Revival of a Romantic Drama expecting much in the way of realism, and yet, in The Drama Company NYC’s staging of the 1987 Canadian play, one longs for the flowery melodrama the name promises. As one of the first indoor productions since pandemic restrictions were lifted, its promise of a triumphant return to live New York theatre wilts rather quickly.

Michel Marc Bouchard’s convoluted plot, translated from the French by Linda Gaboriau, sees recently released ex-convict Simon Doucet (JJ Miller) confront Bishop Jean Bilodeau (Marc Verzatt) about grudges past. As Verzatt is wasted on the sidelines nearly the entire play, his character is forced to watch as an assembled cast of hometown personalities acts out their troubled history.

A story of the tragic consequences of unrequited gay love, its twists and turns are largely predictable, and rather inconsequential. The young Doucet (Hartley Parker) cavorts with the Count Vallier De Tilly (Florimond Le Goupil-Maier), a fellow thespian at their Catholic school, and baby Bilodeau (Grant Hale) is sent into Westboro levels of anger at this unholy (and out-of-reach) pairing, choosing to wreak havoc upon the two boys.

Parker is fittingly handsome for the role of the young Doucet, and his chummy chemistry with Le Goupil-Maier has spark. That slight flame is extinguished the second the two are made to strip and make out in a bathtub into which the other cast members deposit small buckets of water.

Under Andrew Benvenuti’s limp direction, the mostly able cast is left to fend for themselves, and Grant Evan and Max Richards — puzzlingly, for such a small production, swings with no dialogue — are not just wasted, but left blocking some of the action. Proper placement of his actors seems to evade Benvenuti who, at one point, has two lovers lying on the floor of a stage that is level with the audience.

As the delusional Countess Marie-Laure De Tilly, Bill Morton is a welcome dose of fun, knowing camp. His performance points to the genderblind, perhaps transgressive, work of queer fiction this could have been, instead of the tropey fan fiction it so naggingly insists on becoming.

Lilies is in performance at The Theater Center through June 14. For tickets and more information, visit here.