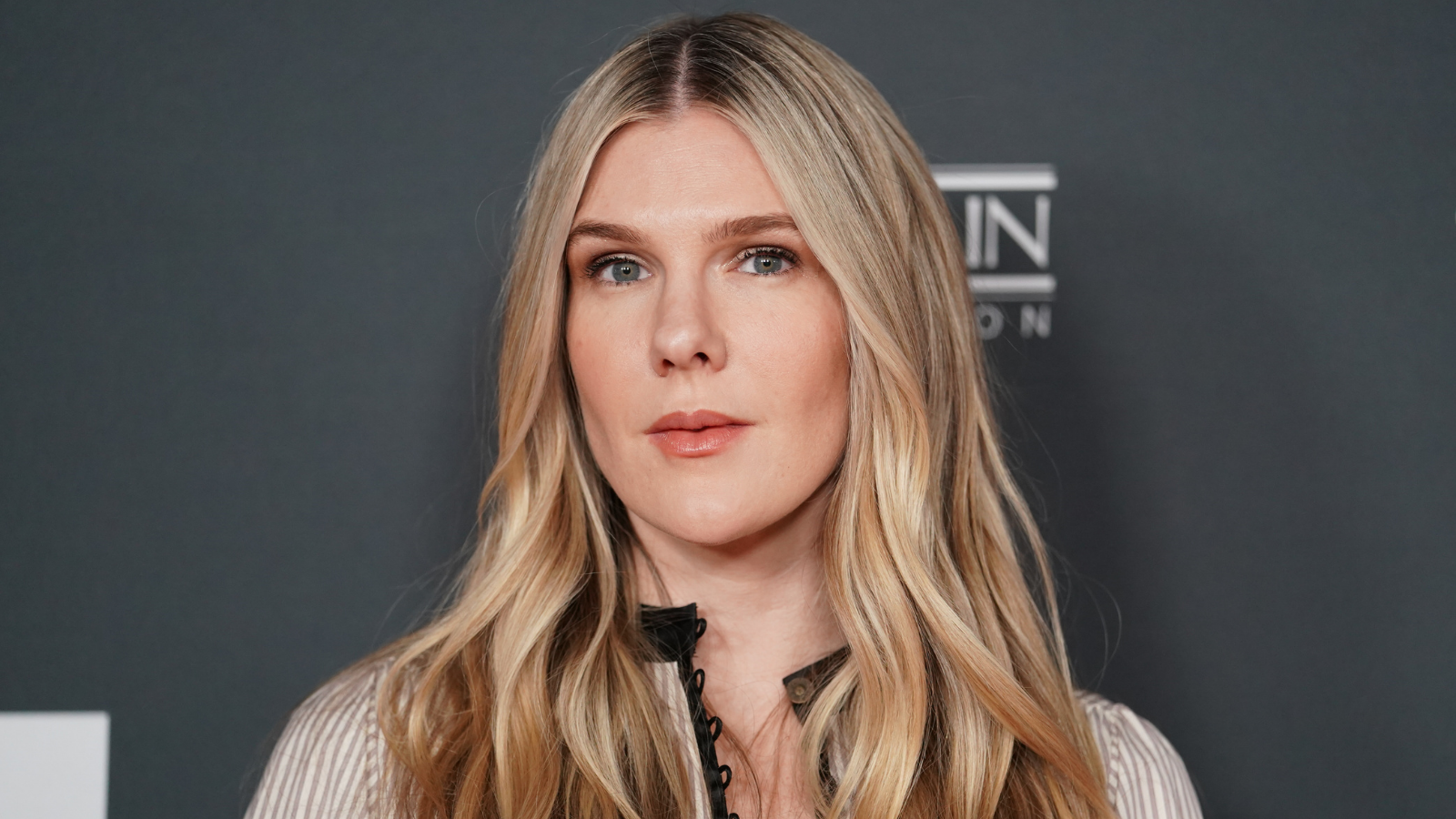 Chances are you’ve seen Lily Rabe in your favorite season of American Horror Story (AHS): she’s been on all but one of the long-running anthology’s ten iterations. The daughter of playwright David Rabe and actor Jill Clayburgh, she has made as much an impact onstage as she has onscreen, notably appearing in four productions at the Public Theater’s Shakespeare in the Park—one of which, The Merchant of Venice, earned her a Tony nomination.

Back in the innocent Murder House days of the first AHS season, it’s unlikely that series creators Ryan Murphy and Brad Falchuck had envisioned forging what would essentially become a repertory theatre troupe. Now in its tenth season, the show has become a recurring playground for stage actors like Sarah Paulson, Denis O’Hare, and Adina Porter.

Red Tide, the first half of this current season—a split story titled Double Feature—follows Rabe’s Doris as she witnesses her writer husband (played gamely by series regular Finn Wittrock) self-destruct at the hands of a mysterious addiction. The season’s second half, a separate tale titled Death Valley, premieres tonight on FX.

I spoke to Rabe on the phone about the series, her roles, and her love of theatre. Our conversation has been edited for clarity and length.

Ten seasons in, American Horror Story feels almost like repertory theatre. Do you feel that way?

Coming from theatre—god, do I miss it right now—coming into the show and seeing its connections to that community has really been one of the most precious things about the American Horror Story experience from the start. Each season, you get to come back and tell a different story, play different parts, develop a community with a group of actors and directors and crew members with whom you develop a shorthand over time. That shorthand, creatively, is something that is so invaluable. Having that, and then also welcoming in new people each season, you get the feeling of both the stage and screen experience.

Did you ever work in repertory theatre?

Not really, but I do feel like working at Shakespeare In the Park has very much felt like doing rep, because so many of the same people come back each year; three of the four plays I’ve done there have been with the same director. It's hard not to burst into tears thinking about how much I love the first day of walking into the Delacorte and seeing the faces of these people that I love more than anything.

There's always been so much theatre talent in the American Horror Story cast. Do you know if your theatre work is how the creators found you?

I know Ryan loves the theatre and theatre actors, but I also don't love the term ‘theatre actors’ because I think, you know, actors are actors. I don't think anyone should be compartmentalized. But, for the actors who have done a ton of theatre and keep coming back to the show, we do talk about loving doing this show year after year, and how it reminds us of the things we love so much about the theatre community in New York.

I initially auditioned for Ryan for an episode of Nip/Tuck. Then I was playing Nora in A Doll’s House at Williamstown and he called me up about having come to see me. Ryan has such a great love for theatre, and it's certainly a mutual love of ours.

What is your relationship with Ryan when they hand you a new character? Do you work closely with them?

I trust Ryan completely. When he calls me about a new season, I don't read the script. I always just say yes, because I trust him. There is a wonderful mutual trust in the AHS family, especially for those of us who have done it year after year. It's like this wonderful sandbox where we feel safe there and where the world is new each year and the sky's the limit, in terms of what we get to do.

There's a lot of trust, but I don't think anyone's doing Horror Story to play it safe. It's a lot easier to take risks when you trust the people at the helm, and there’s no one I trust more than Ryan.

What makes your character this season different from those roles?

Something I love so much about this season and this role, at least in the first part of the season, is the intimacy; there are so many scenes between just two people, and it’s these primary relationships that everyone has. I love getting to do scenes with Finn [Wittrock]; we have real freedom there between us, and getting to live in that relationship was something I loved doing.

Did you have a lot of time to transition between the two parts you play this season?

[Laughs] My schedule has been very confusing for the past six months because I've been doing a lot of different, overlapping things. So time is not something I really had, but I certainly knew there was no part of Doris that was going to carry the person that I play in the second half.

Final question: I know you can’t choose favorites, but which character in the AHS universe has been the most, if not fun, most challenging.?

Unless you can, in which case, by all means...

Well, you can… and you shouldn’t. [Chuckles] I love them all, and they’ve all given me unique and wonderful challenges… But Sister Mary Eunice [from Season 2, Asylum] is the one that I always go back to. As a whole, I love what that season was about and playing the dualities of her.

Watch new episodes of AHS: Double Feature Wednesdays at 10p on FX, and next day on Hulu.