Mark Shanahan can’t get enough of A CHRISTMAS CAROL 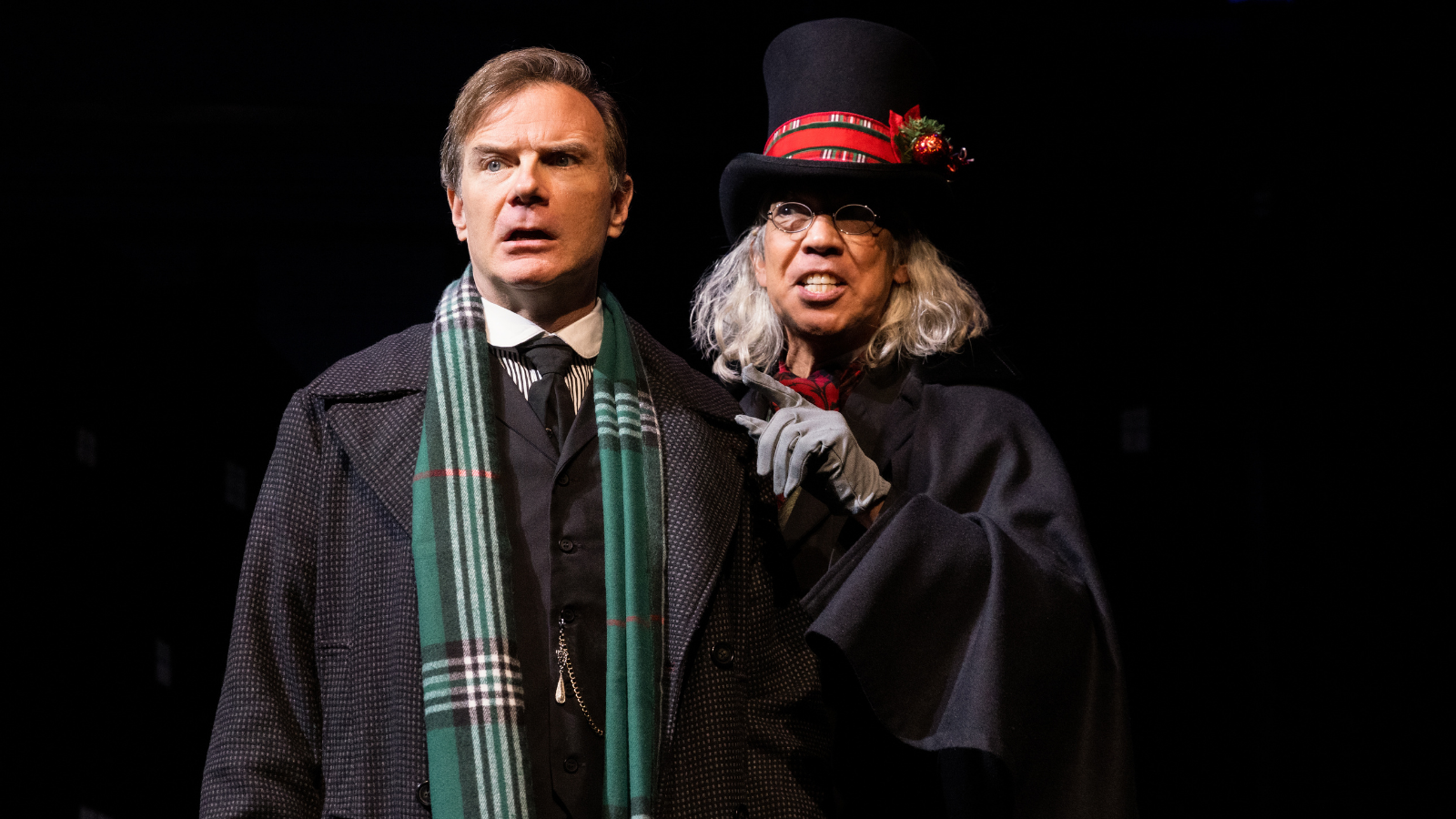 One of those shows is A Sherlock Carol, a new play written and directed by Shanahan, which will be playing at the New World Stages through Jan. 2. A sort of sequel to Dickens’s original story, A Sherlock Carol centers on Sherlock Holmes, who is called in to investigate the death of Ebenezer Scrooge by a grown-up Tiny Tim.

“Along the way, as we mash up the world of Charles Dickens and Arthur Conan Doyle’s characters, we meet lots of different characters from the original Sherlock Holmes story and the original tale of A Christmas Carol,” Shanahan said. “It’s a fun mash-up.”

Shanahan said he was inspired to create this show after witnessing the appeal of mystery plays and also observing the importance of A Christmas Carol as a yearly tradition, especially for young theatre-goers, for whom A Christmas Carol “might be their first time experiencing a live show.”

“And when I realized that these are kind of two great loves that entice audiences to come together,” Shanahan said. “I thought it would be really fun to try and put them together in one play.”

In creating A Sherlock Carol, Shanahan said he was inspired by his own love of the Sherlock Holmes story and A Christmas Carol and the shared themes that he observed between both stories.

“What’s hidden in all of these stories is the idea of unlocking the mysteries about ourselves,” Shanahan said. “And so I wanted to make a play that was really sweet and heartfelt and had a positive message on top of being a fun theatrical experience with these characters we all love.”

Shanahan said part of creating A Sherlock Carol involved playing with the way in which the source materials differently handled the idea of the supernatural.

But despite their different approaches, Shanahan said the moral of the two stories are similar.

“They have the same point of approach of saying, ‘look at your life, the past, present, and think about the future and how to spend the rest of your days doing good,’ but they are different stories with different routes to get there,” Shanahan said.

Each of these shows and productions have their own unique take on the classic story. A Nantucket Christmas Carol takes place in Massachusetts during the end of America’s whaling era, while A Philadelphia Christmas Carol plays with the idea of Philadelphia as the City of Brotherly Love.

Shanahan said the universal nature of A Christmas Carol is part of what makes it so adaptable.

“The story is able to have the same message but be malleable and change for the different theaters that I’ve worked with,” Shanahan said. “Every time I go back to it, there’s something new to learn.”

No matter what version of A Christmas Carol audiences witness this holiday season, Shanahan said he hopes people leave the theatre believing in magic, which is something he believes theatre has the power to do.

“I feel like what I want people to do is come to the theater and feel joy and feel the possibilities of living a creative life, to see the actors on stage creating these worlds with simply the magic of simple stagecraft,” Shanahan said. “I think it reminds us that it doesn’t always take much to create a little magic in our own lives.”

A Sherlock Carol is now in performance at New World Stages. For tickets and more information, visit here.