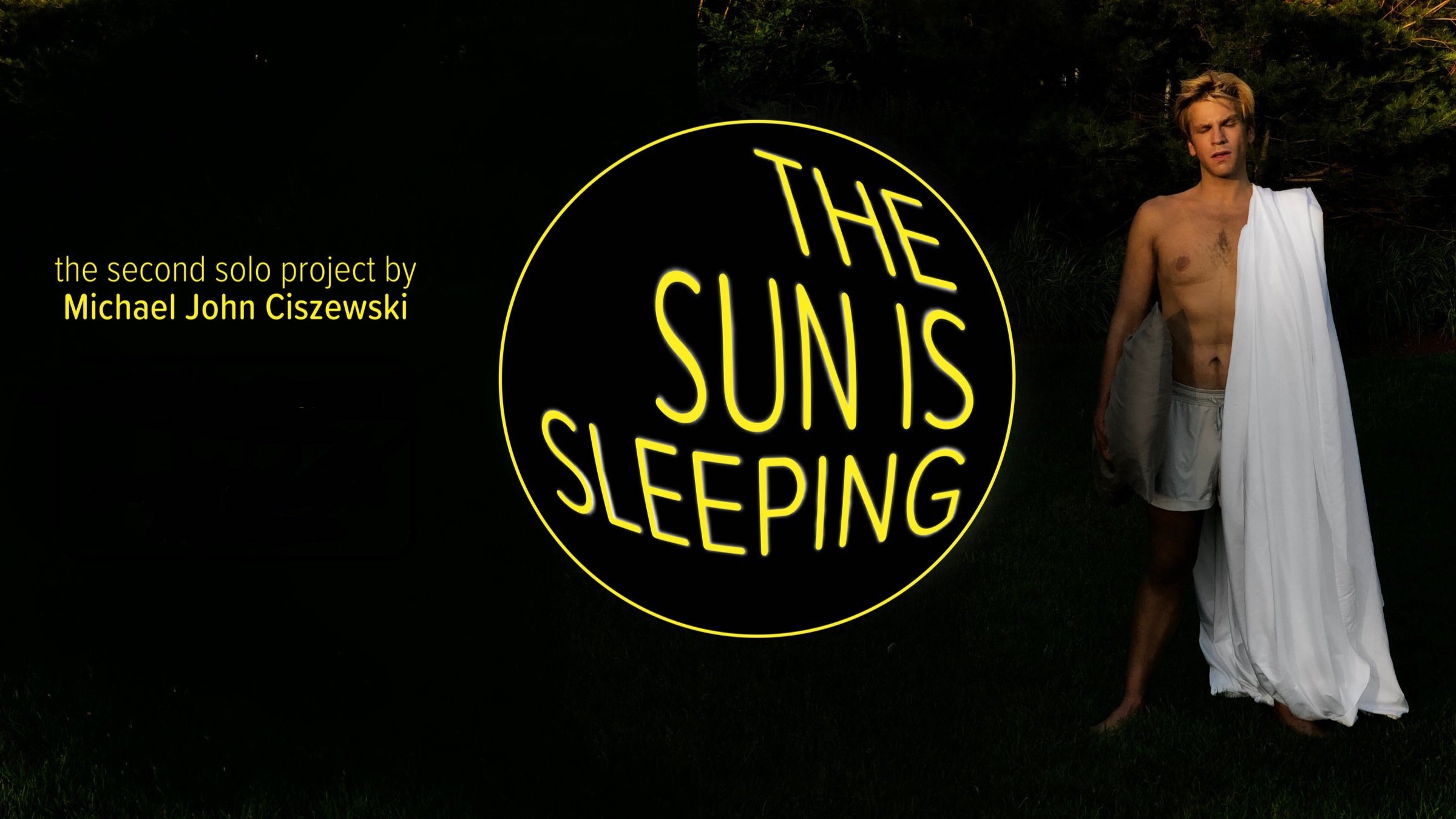 By
Kobi Kassal
&
on
Category:
Features

If you are a frequenter of Boston theatre, you most certainly know of Michael John Ciszewski. A recurring guest during Theatre Talk Boston’s radio days on WTBU (see here and here), Ciszewski has made a name for himself over the past few years; digBoston even cited him as, “one of the most promising young actors on the Boston theatre scene.” Throughout quarantine, he has kept busy with his latest solo project The Sun is Sleeping, a new film that is “a cross between a pop star's visual album and a theatrical solo show” as he puts it–more on that later. I caught up with Ciszewski over Zoom a few weeks back to reflect on his process and where he goes from here.

Like most working actors in the industry, Ciszewski was ready for his next gig–opening Martin Sherman’s revered Bent at the Umbrella Stage Company–when all theatre came to a halt. The cast and crew were only able to perform their dress rehearsal before the production was shuttered due to safety restrictions. More recently, Ciszewski just wrapped up MJ Halberstadt’s The Usual Unusual, part of SpeakEasy Stage’s The Boston Project Podcast.

This Fall, Ciszewski was set to bring his first solo project Everyone Is Dying and So Am I back to Boston after its initial premiere last September and subsequent performance in New York last October. “That piece has always been about gathering–the framing device is a pop concert. I think it will have its relevance when we return to whatever the new normal will be. I knew that I did not want to translate the work to another medium,” Ciszewski told me. “I look forward to when I can bring this piece to its real, full fruition someday.”

Fast forward to March of this year. “For my own personal practice, I started to write,” Ciszewski explained to me. “I realized they were scenes, they were monologues, I had started to sense that [my writing] were all responding to what was happening in the world, in my world, on a personal level, but also politically, socially, and culturally.” Throughout Ciszewski’s high school experience, he was enamored with film making, so this project is a homecoming of sorts. Part film, part theatre, The Sun is Sleeping is the perfect amalgamation of his wonderful artistic talents that we have all come to cherish over the years.

Comprised of multiple vignettes, Ciszewski takes the audience on an ethereal journey of dreams, community, and a feeling of now. With a top-notch list of collaborators including Regine Vitale, Steven Maier, Rachel Belleman, and Pier Lamia Porter, Ciszewski has invited some of his closest friends into his sunny celestial paradise. One of my favorite performances includes Teresa Langford whose hilarious sleep therapist brought a smile to my face. “It's sort of like throwing a party,” Ciszewski told me, “and inviting people that I love, admire, and respect to surround me. I reached out to friends that I've known for 15 years who taught me how to be an artist and taught me how to be an actor.”

Reflecting on the process, Ciszewski hopes the film can produce even a modicum of hope for the viewer through the times we are currently living through. “This piece is a lot more about sitting in the moment that we're all in right now.”

For more information on "The Sun is Sleeping", visit micjcis.com