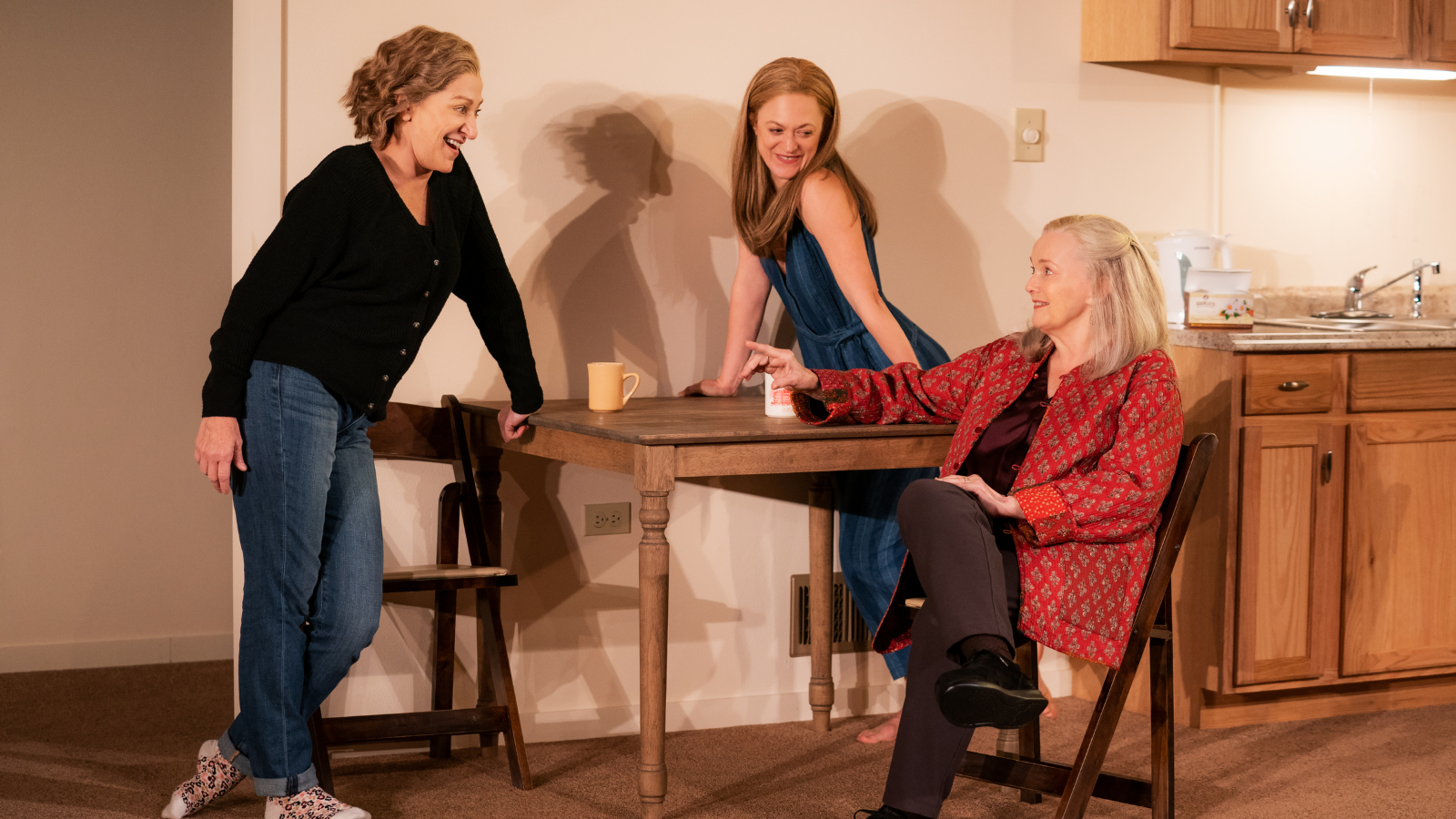 Simon Stephens’ new play Morning Sun comes at just the right moment: the exact week when that daily light, so fickle but life-or-death essential, has begun to hide from New York. Evenings are heavy, dawns almost stifling; so we make do with what we can. Starring Blair Brown, Edie Falco, and Marin Ireland as three generations of McBride women, it is a glistening chamber piece that resonates strongly with pandemic-era captivity, but offers a pensive hundred minutes of reckoning with our place in lives, our own and others.

Titled after an Edward Hopper painting, the three-woman work was, strangely enough, written before these times of mask-wearing woe. Slow-paced and meditative, it just as strangely sweeps you under its hypnotic spell as it weaves through the life of a woman working through her relationship with her mother and daughter, all of whom, at one point or another, live in the same Greenwich Village apartment.

Falco plays Charley McBride (annoyingly-cryptically billed as “1”), a Manhattan native born just in time to witness the tail end of the ‘60s but not have it mean much to her. Her mother, Claudette (Brown, “2”), had moved to and married in the city at the time where a two-bedroom in the West Village cost $75 a month, and that might be the most exceptional thing about her. Stephen paints her life as he paints that of her daughter and granddaughter, Tessa (Ireland, “3”), crafting impressionistic portraits of ordinary existences dotted with the surrounding events of the 20th century metropolis.

Andy Warhol’s shooting, a Joni Mitchell encounter at Washington Square Park, the rise of disco and new media studies all happen around these women, but they don’t happen to them. Rather, these events go by with somewhat of the same indifference fate has in store for everyone, which is what Morning Sun captures best: the gentleness of lives occurring with no rush.

With each playing several roles (friends, lovers, fathers), and throughout several ages, some of their characterizations, especially when playing young children, can lean into cartoonishness that is a bit grating. Already playing a succession of mothers, daughters, and gal pals, baby voices don’t add much to the otherwise splendid work the three women accomplish. It’s a minute complaint, and each actor fulfills their emotional duties with delicate precision, especially a late scene in which Falco delivers a heartbreaking monologue that goes unheard by her family.

Director Lila Neugebauer brings the same artfulness and sensitivity for intimate family scenes that she brought to The Waverly Gallery in 2018. Knowing just when to bring characters together and, more importantly with families, when to have them just miss a possible moment of connection, she takes excellent care of her three leads.

dots’ scenic design—a sparsely decorated, motel-looking room with unadorned walls and a small kitchen stage left—borders on the unoriginal, even if the script calls for a “liminal space / defined more by light and sound than by objects.” Not that anyone would be gazing away from the three excellent performances, anyway, but the set is too literal for abstraction, but not furnished enough for realism. Lap Chi Chu’s lighting, though, especially in a scene towards the end where the titular glow appears to be emerging, stuns in its intensity.

“We learn to live with things,” teaches 2 and, in most other plays, a line like this would land with a stumbling, obvious thud. But nothing about Stephens’ writing here is sentimental or amateurish, moving gracefully through a small web of lives, not particularly remarkable, but tenderly and lovingly rendered. This is a quietly moving play for which it is hard to pinpoint the exact moment its narrative curtains open to the brilliance its title suggests, but when it does, you are happy to have opened the window.