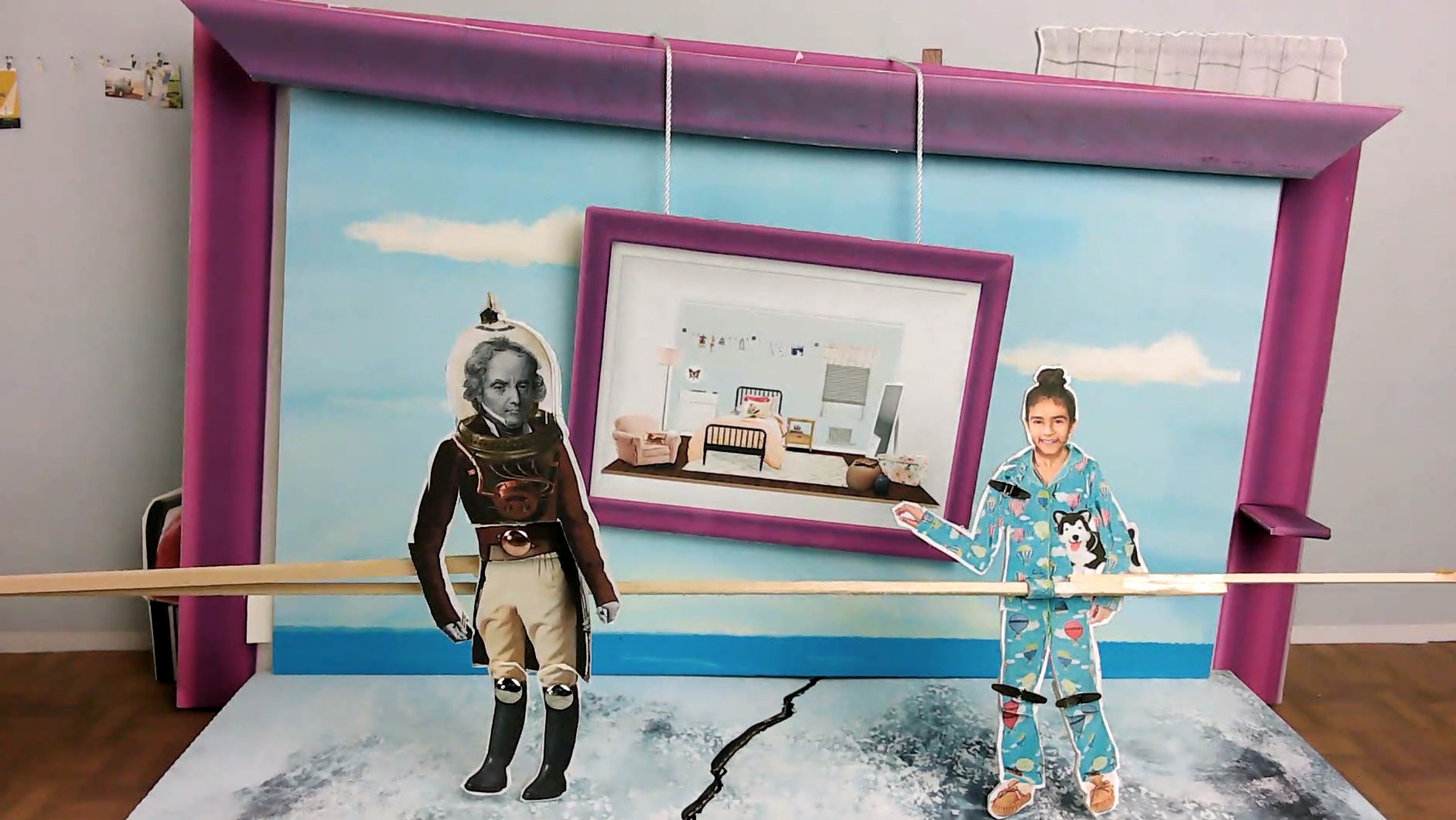 If anything can be said, it’s that this pandemic has fostered creativity like never before, and nowhere is that more apparent than in New Ohio Theatre for the Young Mind’s Journey Around My Bedroom. The downtown venue’s family oriented programming team came together, albeit physically distanced online, and produced a beautiful jewel box of a play.

This interactive performance is loosely based on Xavier de Maistre novel of the same title published in 1794. The French writer was placed on house arrest and wrote the now classic tale about finding imagination within, a quality we can all use right now. In this new adaptation by Dianne Nora, we are introduced to a little girl named Xavi who is stranded in her bedroom much like all of us. After the mysterious Xavier de Maistre appears, the two embark on an epic adventure all within the confines of her four walls.

All the characters in the wonderful adaptation are played and voiced by Laura Kay, Ashley Kristeen Vega, and Starr Kirkland. The three performers masterfully produced an in-synched production via Zoom even though the three were thousands of miles apart. Kay and Vega perform from their apartments in New York City, while Kirkland is currently in California. Under the lovely direction of Jaclyn Biskup, assistant director of The Minutes on Broadway, this imaginative world premiere mixes modern puppetry with classic Victorian toy theatre techniques. Myra G Reavis is responsible for the stunning scenic and puppetry design and Hyeyoung Kim has composed a beautiful and original score of music.

The creatives stick around after each performance for a lively Q&A where fans can learn more about the production and the process behind it. A round of applause is due to New Ohio Theatre for this wildly innovative performance that is not to be missed.

"Journey Around My Bedroom" streams live through January 10, and will be available On Demand through February 11. For more information and to purchase tickets, visit: https://newohiotheatre.org/tfym_2020.htm‍