Nikiya Mathis on SEMBLANCE At NYTW 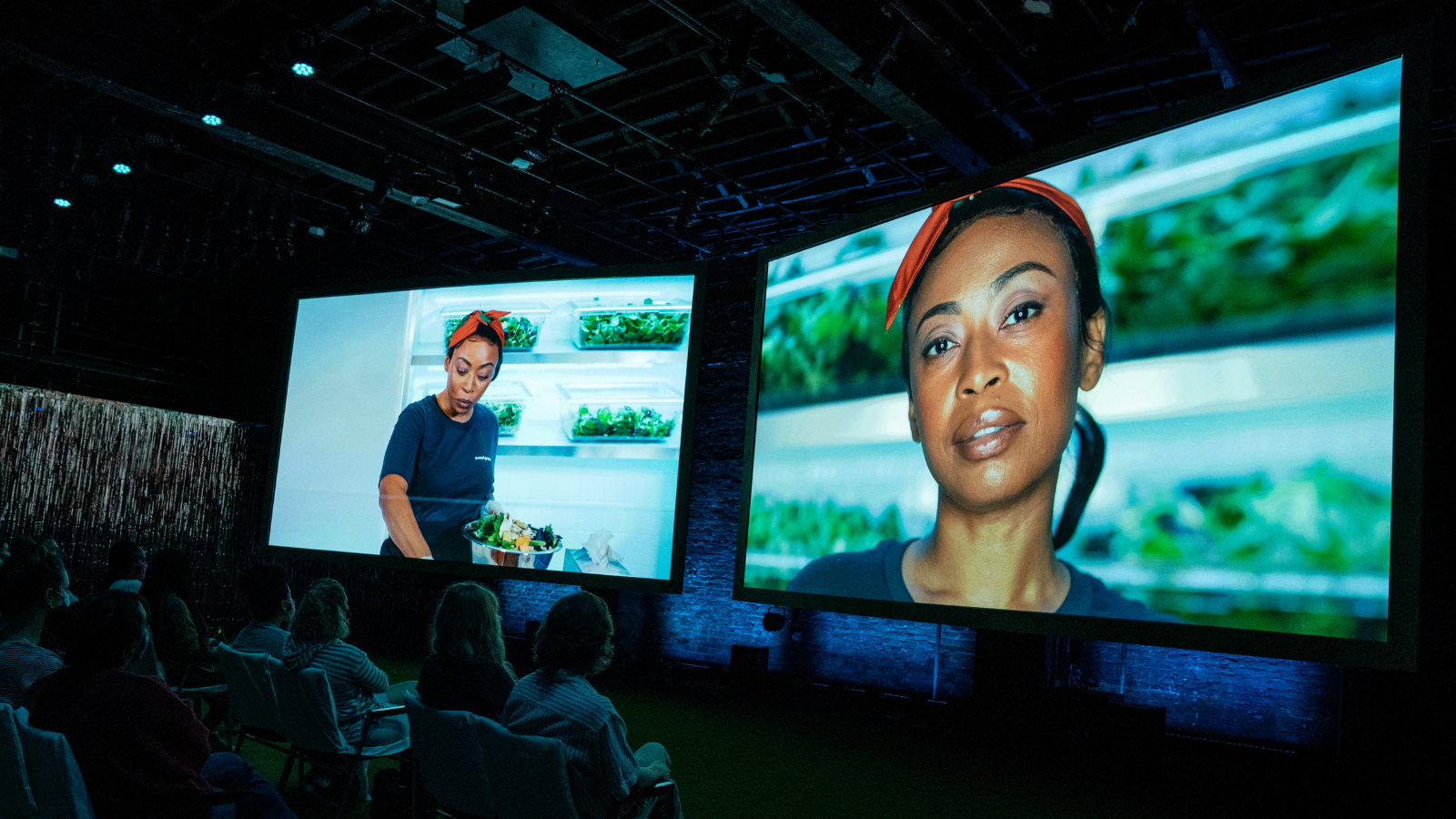 At a first glance, it may not seem like the worker at your local Sweetgreen has much in common with the Vice President of the United States. But a theatrical installation with New York Theatre Workshop is looking to challenge that idea.

Written and directed by Whitney White, “Semblance” explores how Black women are perceived in society and challenges audiences to think about how they encounter Black women in everyday life.

Nikiya Mathis, who stars in “Semblance,” says the show is a portrait of Black women, examining how Black women are perceived by others and how these perceptions line up with who these women really are.

“I feel like ‘Semblance’ is about the faces that Black women sometimes wear versus what they really feel, and what they’re really going through and who they really are inside, at the heart of the matter,” Mathis said.

Mathis plays “The Woman” in the production, and takes on the responsibility of portraying seven different characters over the course of the show.

“I’m thinking, ‘if I’m coming from myself, I’m pretty much myself in all of these women, then how do I make the distinction between them?’” Mathis said.

Mathis said finding herself in these different characters was powerful because it showed how the different women she portrays are the same at a core level, even if they appear different.

“There is a reflection of me in all of these women, whether I work at Sweetgreen or whether I’m a political commentator or the Vice President of the United States,” Mathis said. “There is a common core, and we all have to wear a mask in a certain way.”

“While we were rehearsing, she was also writing,” Mathis said. “We would go back and we would read a monologue, then we’d talk about it and she would say, ‘okay, well, let me go back and take a look at it’ and she would be doing some rewriting.”

“I felt like we were working together in the development of it while I was trying to learn the lines and figure out the characters and all of those things,” Mathis said.

Working with White as a director was a positive experience, Mathis said.

“It always seems like she falls in love with the people that she hires, in a wholesome way,” Mathis said. “And I really appreciated that because I felt like she trusted me, I felt like she believed in me.”

Mathis said White’s approach as a director made for a safe and accepting work environment.

“I like how open she is, and how respectful and welcoming she is of everybody,” Mathis said. “It feels like if you’re in a space with her, you’re going to feel taken care of.”

Mathis said she believes “Semblance” is an important show because there is value in having a variety of Black stories to combat the idea that Black people are a monolith.

“We need to have an array of stories so that you can see the vast perspective that we have and that we are as complex and as simple as anybody else,” Mathis said. “We have the same desires, no matter how different we may appear.”

For audiences who view “Semblance,” Mathis hopes they walk away with the mindset of treating everyone with kindness and humanity, regardless of their background.

“If you have gained a certain amount of wealth or notoriety, that does not make you more worthy of quality of life than someone who is struggling or a garbage man or the person driving the bus,” Mathis said. “Let’s give everybody grace.”

"Semblance" is streaming through October 24, 2021. For more information, visit here.