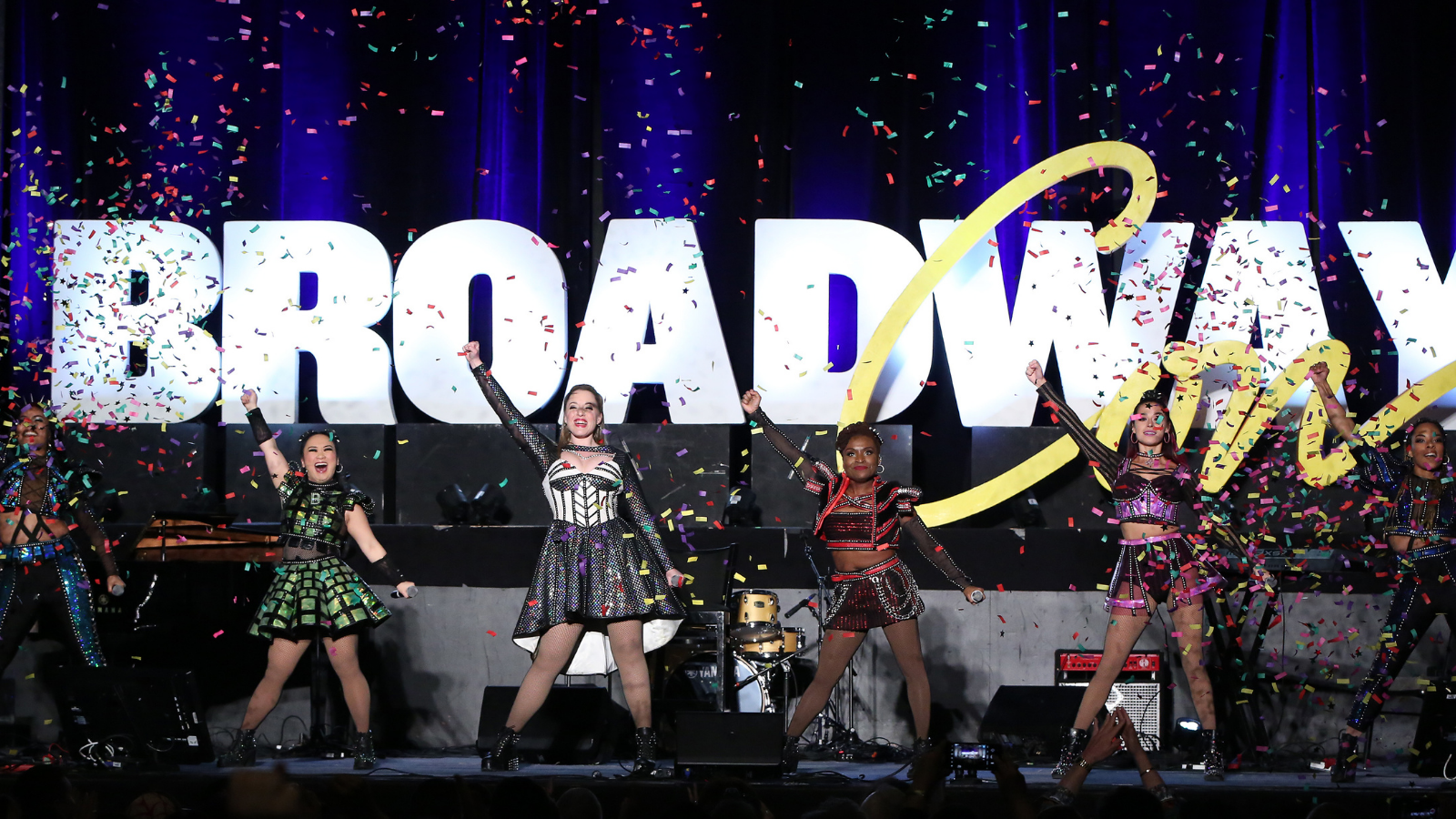 The cast of "SIX" at BroadwayCon 2020 | Photo: Walter McBride/Getty Images
By
Jordanna Brody
No items found.
on
Category:
Features

I attended BroadwayCon for the first time this year, and, long story short, it wasn’t what I was expecting at all. In past years, BroadwayCon seems like a gathering place for theatre superfans with the opportunity to connect with fellow enthusiasts and the Broadway stars we love. In stark contrast to the electricity that has pulsed through the Midtown Hilton in years past, watching the live panels on my laptop at my desk felt kind of lonely.

The biggest plus of BroadwayCon being completely virtual this year is increased accessibility. According to BroadwayCon’s website, all the panels were completely “available for free via public BroadwayCon streams,” so anyone could attend, as well as being live streamed to YouTube, so I could go back and watch panels I missed earlier in the day. I was excited to attend my first BroadwayCon, and that was only made possible by this increased accessibility. I attended the event for free, although there were packages I could have paid for to gain access to extra events.

To begin with, the Opening Ceremonies were not exactly what I was expecting. Of course the performers all had to pre-record their parts and put everything together virtually, but this idea of virtual performances became the entire theme of the piece. While I believe it extremely important to highlight all the fantastic virtual theatre that has come out of the pandemic, I was hoping the opening number would let me forget that this entire experience to come was going to be virtual. Of course, that was not the case. While this number did serve as a reminder of all that is possible through virtual performance, I just wish there had been more innovation in this song in particular.

Out of all the panels I attended throughout the weekend, perhaps the most meaningful one was titled “Expanding Producing.” This panel featured members of The Business of Broadway and The Industry Standard Group, both of which focus on demystifying producing and creating greater opportunities for BIPOC producers in theatre. As one of the few panels to address current events, specifically the demands of We See You White American Theatre, the panelists did a great job of making these demands seem less daunting as a theatre maker. The panelists also gave amazing advice about how to get into the world of commercial producing even as someone with little to no experience. Rob Laqui, of The Industry Standard Group said, “You meet who you’re supposed to meet when you need to meet them,” in reference to trying to break into the industry, meaning that to break in you should find the theatre that inspires you and track the people who created that. That way, you can build connections and have a person or people to look up to who you aspire to be like.

In search of the fun, nerdy environment I expected from BroadwayCon, I attended BroadwayCon Feud. The “Family Feud”-style event with Broadway themed questions, it was quite chaotic to watch–the best part of this event was Jenn Colella hosting the event and the stars who played along with fans. With faces like Lesli Margherita and Alex Boniello participating I was excited to get to see these stars in a more casual, competitive setting. I wish the event had been more organized overall, but it was still a lot of fun to watch and play along at home.

Another event of BroadwayCon I enjoyed was the BroadwayCon Blizzard Party Line, where Anthony Rapp and Melissa Anelli interviewed various Broadway stars from Ben Platt to Jenn Collela, to James Monroe Iglehart, all of whom were truly a pleasure to watch and listen to. It was refreshing to get to see these stars in such a personal, vulnerable state as they were on Zoom. Ben Platt introduced his dog George, aptly named for Sunday in the Park with George, talked TikTok, drag, and his eternal love of Wicked. On the other hand, James Monroe Iglehart spoke about finding joy and happiness in such dark times; in his case, that meant actually being home with his family instead of constantly working. He also spoke on what it means to be an activist during this time. In his eyes, being an activist is not about doing what looks good on social media or what everyone else is doing, it’s about going the extra mile and doing everything in his power to fight white supremacy in the United States.

Overall, my first BroadwayCon was not at all what I expected, with many of the panels being much more industry based rather than experience based. That’s not necessarily a bad thing, as I enjoyed hearing from professionals about their thoughts on where the industry is headed in the future. And most of all, this weekend gave me hope for the future of theatre and the changes that can be made to the industry.