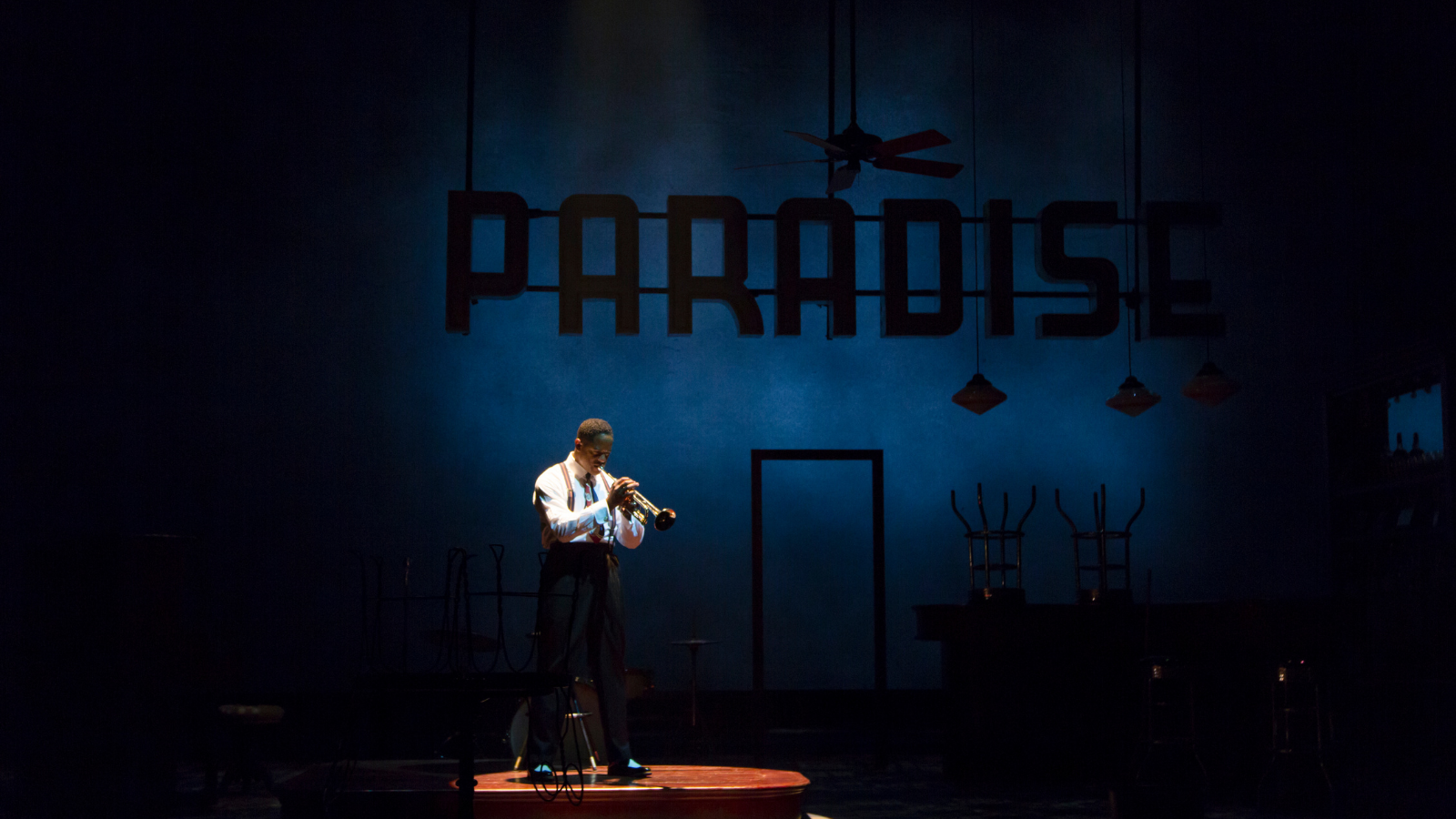 I had never seen a staged production of Paradise Blue, Dominique Morriseau’s play about the imperiled existence of a Detroit jazz club amidst 1949 gentrification, but I am sure there are many ways it could go very well, and many ways it could go very, very wrong. For starters, every character has an implausibly hip name like P-Sam or Corn, and the bluesy trumpet that punctuates most scenes could easily reek of stage cigarettes in oversized zoot suits. It might be some time before any of us get a chance to judge a live performance of this curious little play, but Williamstown Theatre Festival’s audio production, available now on Audible, makes a strong case for further evaluation.

The second part in Morriseau’s “Detroit Projects” triptych––which concludes with the excellent Skeleton Crew–– is the type of noirish fever dream that might’ve starred a young Joan Crawford as Pumpkin, the club’s (and club owner’s) kept woman who hides poetic ambitions beneath her housekeeping gig. Why a young Joan Crawford? Because by the time the production is over, and it has intelligently refocused its attention to its women rather than its sad sack men, Pumpkin’s presence threatens to take over our imaginations in a way we could not possibly have seen coming.

This is largely because Kristolyn Lloyd, who plays Pumpkin, delivers an enthralling performance fraught with vulnerability and the burning promise of greatness. Lloyd, a Grammy-winner for her performance in the Dear Evan Hansen cast recording, turns a character a lesser production might treat as an in-house punching bag into a near-revelatory exercise in finding your voice. That this outshining feels accidental is a testament to the magnitude of her performance, as well as Ruben Santiago-Hudson’s observant direction.

Santiago-Hudson, a theatrical multi-hyphenate who recently adapted August Wilson’s Ma Rainey’s Black Bottom for George C. Scott’s film version on Netflix, brings the delicate attentiveness of those two icons to his work on this production. His direction allows the performers––and we’ll get to the starry ensemble in a moment––to take the reins, trusting them to guide listeners through a slightly meandering first act into a potent second half that, especially in an audio production, emphasizes the power of speech, and of listening.

Silver, played with tasty devilishness by Simone Missick, knows these powers all too well. She saunters into the Paradise Club and turns its men upside down with her upfront sexuality––along the way inspiring Pumpkin to tell her boyfriend, club owner Blue (Blair Underwood) what’s what. With a confident Louisiana swagger, Missick’s performance flaunts every bit of the confident Southern “spider woman” her character ought to be without seeming like the black widow stereotype the character might have been written as.

And there lies the beauty of this production–it turns a malleable play into a brilliant audio performance by focusing on the voices, and thus inner lives, of its characters. Williamstown Theatre Festival’s Audible series once again proves itself a force of fresh theatricality by producing audio plays that place scene work front and center. Every two-hander, every low-spoken dialogue between two people becomes an invitation to an intimate exchange between two minds––no costumes, no theatrics, no jazz smoke and mirrors, just pure, primal thoughts.

Of course, it helps that the rest of the cast comprises the brilliant André Holland as P-Sam, a drummer with eyes for Pumpkin; Keith Randolph Smith as Corn, the club’s optimistic pianis; and Blair Underwood as Blue, the owner of the Paradise Club tormented by white bureaucratic forces that pledge more than they can deliver. If I’ve not focused enough on the themes of gentrification and urban blight the play clearly wants to address, it is because this stellar cast elevates it beyond the realm of the Issue Play. The issues are still there––Blue must decide whether to sell his club and move onto a promised life beyond his majority-Black neighborhood––and provides a well-rounded backbone to the personal dramas playing behind the scenes of the club.

By remaining a backbone and not a thudding centerpiece, though, this production ascends into the unpredictable, poignant, yet somehow inevitable, realm of the blues.