Reed Birney on HOME BEFORE DARK and Finding Stillness 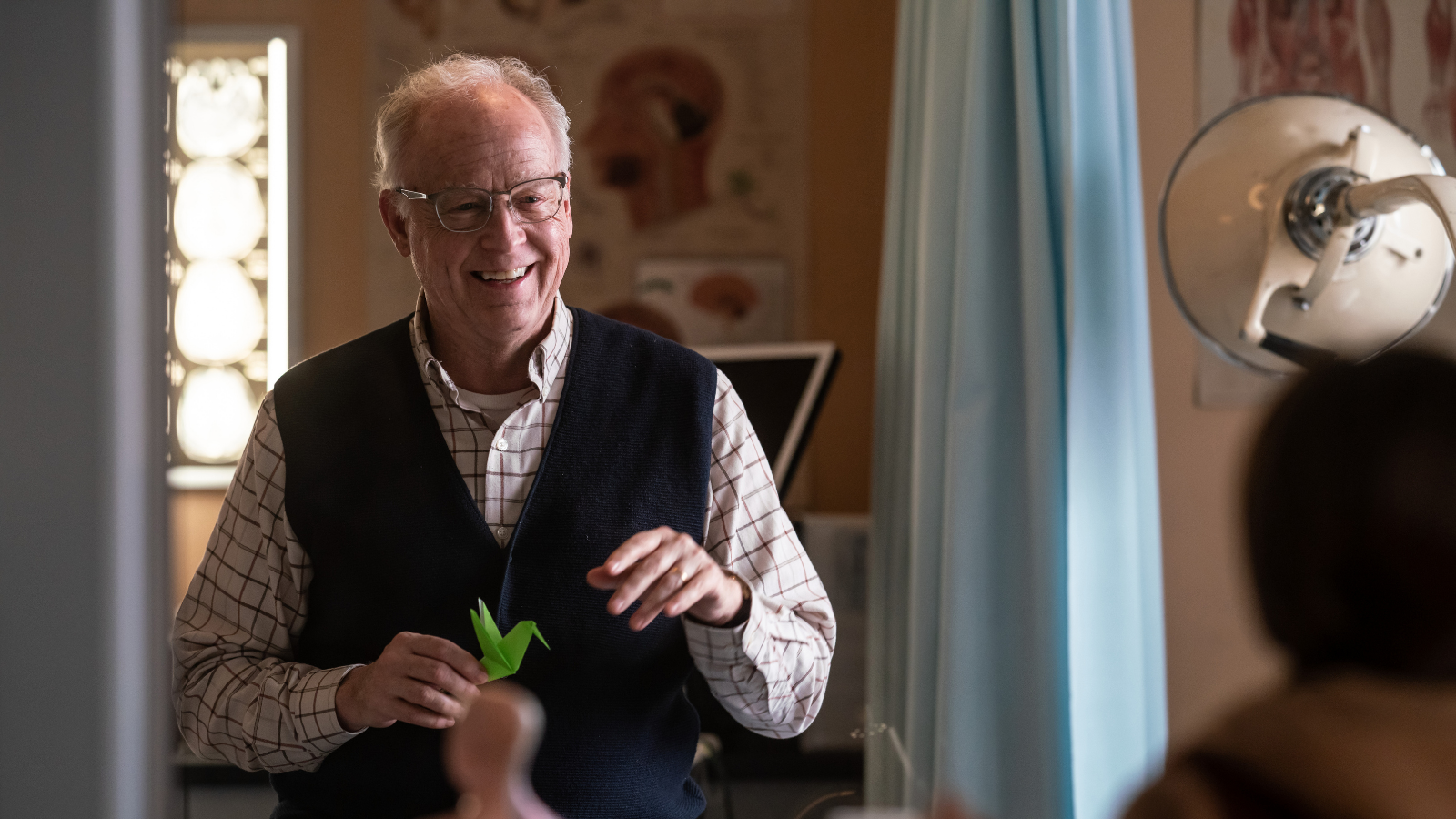 Reed Birney in Home Before Dark | Photo: Apple TV Plus
By
Kobi Kassal
No items found.
on
Category:
Features

Reed Birney is one of those incredible performers who has graced our stages and screens for many years. The Tony Award winner has recently been starring as Sylvester Lisko in the latest season of Home Before Dark on Apple TV Plus.

I recently caught up with Birney via Zoom from his tree house at his place in the Catskills for a fascinating conversation about his career and our love of theatre. We talked about why he might not be returning to the stage anytime soon, his love of mysterious television series, and how he’s finally living in the moment. Our conversation has been edited for length and clarity.

‍Reed, you know I have been doing a rewatch of The Good Wife lately, and your episode just came on! What do you normally get recognized the most for on the streets?

I think my highest profile role was Tom Connolly on The Black List. I'm more one of those guys that people are like, you look familiar. I'm that guy, you know what I mean? Margo Martindale once told me people will stop her on the street and ask her if she works at the library!

I know you just finished up a highly acclaimed run of Chester Bailey at Barrington Stage Company with your son. How was that experience?

It's a beautiful, beautiful play. It's actually the saddest play I've ever worked on...and I've worked on a lot of sad plays. I think Ephraim [Birney] and I were a little nervous about working together and what that was going to be like. It was kind of thrilling how quickly we became colleagues. What's great is we're completely collegial on stage, and then we go back offstage and we're goofy father and son again, so it was really perfect. I'm hopeful that we'll get a chance to do it in New York sometime.

I read in an interview you gave recently that you aren’t seeking out roles for the stage so much anymore. Why is that?

I'm a little burned out on theater, to be perfectly honest. I've done 10 million plays and plays are hard. You know, plays are really hard. They take a lot out of you and they sort of take over your life in a way that I started to feel like I wanted to do some other things with my day. I found I could do one other thing in the day, I could do my laundry or I could go to the dentist or maybe see somebody for lunch, and that was it — you've always got your eye on 7:30.

I remember watching Home Before Dark’s freshman season and really enjoying it. Talk to me about this year and what’s going on in Erie Harbor.

I love season one. I thought it was so well done and such a wonderful spin on this true detective genre. And Brooklynn [Prince] is so amazing that you can really fully invest in her with no suspension of disbelief. We went in a bit of a different direction with season two where it's much more kid centric. I’ve had a great time working on it this year and what was crazy is that we were in the middle of filming episode three when the pandemic happened...

I remember I was in my hotel room and I was hearing things about productions being shut down all over and the Broadway closed. I texted Abby Miller and I said, Has anybody said anything about us shutting down? And she texted back, we just did. And of course, they said it was going to be two weeks. I left some stuff at the hotel in Vancouver and flew home. And nine months later I went back. It was so crazy.

You have a rather fantastic ensemble on this show. Talk to me about your cast.

To be honest, there are so many of them I don’t get to work with ever. It's weird. I'll see them in the makeup trailer and go, who are you? I'm really with the family most of the time, but everybody is so nice. Jim Sturgess is such a great guy. He's hilarious. And I think that it all comes from our creator, Dana Fox. She cast a really good group of people. And that is not always the case there. So it was always a pleasure to go to work. And even coming back after Covid and with all the restrictions, it was just so wonderful to see everybody. Even when I watch the show. I'm just so full of fondness for everybody.

You have played some really fantastic roles in the thriller genre over the years from Home Before Dark to House of Cards to even on stage with The Humans and 1984. Are you particularly drawn to these types of stories?

It's funny that you mention that I hadn't really thought about it, but you're right, a lot of my shows have a mysterious element to them. Well, I think they're obviously so much fun. Who doesn't like to be sort of scared a little bit in your living room. There's that. But also, I find that all of those projects that you mentioned, the part I got to play was a really good part. And same thing with Chester Bailey, you know, there's a fascinating sort of Equus-like thriller element.

Do you approach your characters differently whether they are on stage versus screen?

Well, reading the script, it's the same. It's like, is this a part I want to play? Does this character get to do something interesting? In the moment of acting, if you're on a stage in a play or if you're doing a scene in front of a camera, I find that the actual impulse to tell the truth is the same. Maybe I don't project you know, but that's just a natural adjustment if there's a camera right in front of your face!

With theatre starting to open back up in New York City and around the country. What are you looking forward to seeing the most?

I find that as a result of the pandemic and being 66, I am very much living in the moment. I'm embarrassed to say I literally cannot imagine the future. I don't know where we're headed and I don't think I'm alone in this thinking. I think there’s a great opportunity for an incredible reset of the industry and I look forward to it all.

What’s next for Reed Birney?

I'm filming a movie soon that Bess Wohl has written and directed and it's sort of a Rosemary's Baby kind of thing so I'm looking forward to that. And I'm making a little movie in September called Stand By about a guy who is an understudy who gets to go on and it's actually a very moving piece. And then some big news is that this movie that I made called Mass, that was in Sundance last January, will open in October.  It's the performance I am most proud of in my whole career so I am excited for folks to see that!

Both seasons of Home Before Dark are now streaming on Apple TV Plus.